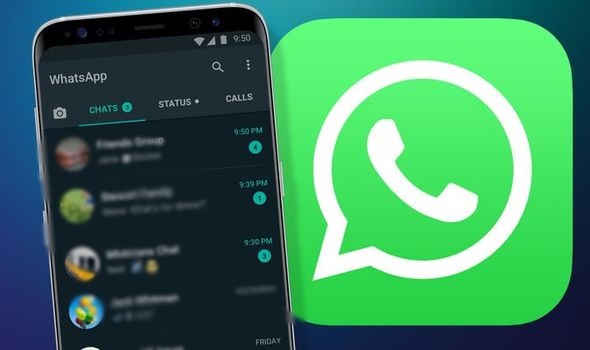 Fab Mum, Damilola Adegbite Gets Candid About Love, Her Marriage And Divorce

A young Nigerian man in Ogun State has landed in hot soup for calling a married woman pet names and sending her a romantic good morning message.

The 38-year-old man identified as Sikiru Oluwaseun Jamiu was arraigned in an Ijebu-Ode Magistrate’s Court on Tuesday, October 26th for sending “Good Morning Babe” to one Mrs Opeyemi Adegbesan.

Jamiu was charged by the police with misconduct likely to cause breach of peace in the marriage between the woman and her husband.

According to a charge sheet, Jamiu sent the “Good Morning Babe” message through WhatsApp around 8.02 a.m on September 19, 2021.

“That you Sikiru Oluwaseun Jamiu ‘m’ on the 19th day of September, 2021 at about 8:02 am along Fidipote Street, opposite IBEDC Office Ijebu-Ode in the Ijebu-Ode magisterial District did conduct yourself in a manner likely to cause a breach of the peace in the marriage between one Akintunde Adegbesan, ‘m’ and Opeyemi Adegbesan ‘f’ by using the word “Good Morning Babe” on WhatsApp no 08059491562 and 08138868837 and thereby committed an offence contrary in and punishable under section 249(d) of the criminal code, revised Laws of Ogun State of Nigeria, 2006.” 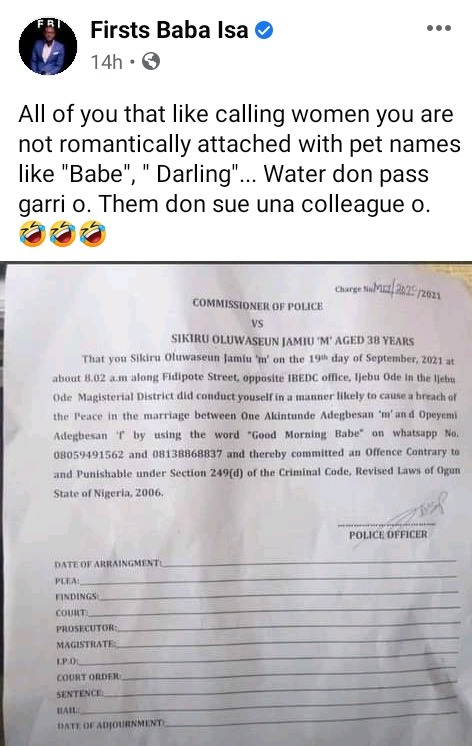 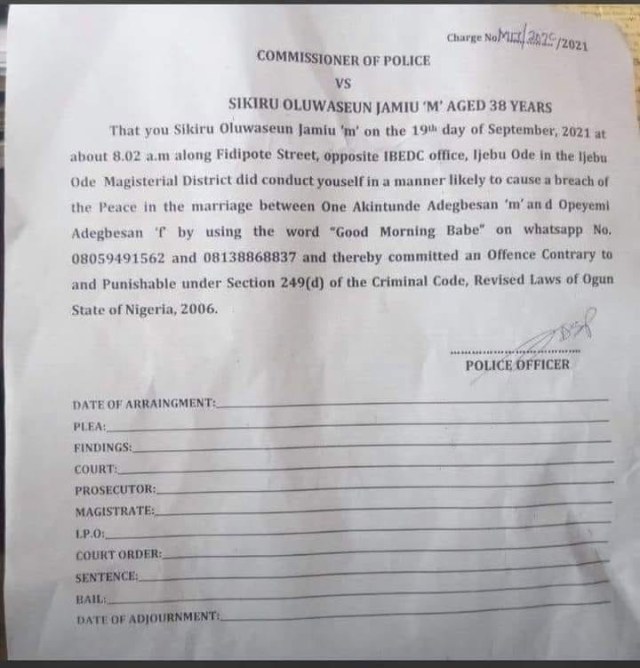