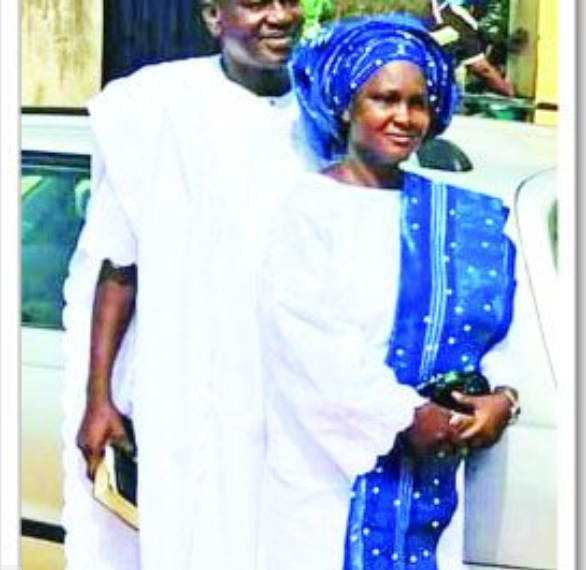 Mr. Moshood Adekunle Olalere, a Muslim and graduate of Statistics and Demography, Obafemi Awolowo University, Ile-Ife, Osun State, Nigeria, got married to his wife, Nike, a Christian, 27 years ago.

Today, the union is blessed with six children, three boys and three girls. In this interview with Daily Sun, in Ibadan, the two talked about their 27 years marital life, challenges and success. They also dropped some words of advice for both intending and newly married couples.

Olalere voluntarily resigned from the Power Holding Company of Nigeria (PHCN) about 10 years ago and went into private business while his wife is a schoolteacher.

How and when did you meet your spouse?

She was an ad-hoc staff with NECON then. I was mobilising people to participate in the registration exercise. So, I saw her, and I liked her. I did everything humanly possible to woo her. But she refused all my advances on the grounds that she was not ready for marriage and the fact that I was a Muslim and she is a Christian.

She said her parents would not accept me. I kept on trying until she eventually agreed to give it a trial before we got married in 1994. But I am a Christian now. My full name is Moshood Adekunle Olalere (MAO).

Nike: My husband and I met before the 1993 presidential election. I was an ad-hoc staff with INEC, hitherto known as NECON. It was during the registration of voters exercise, prior to the election. I was posted to Muslim Grammar School, Odinjo, Ibadan.

Then, a man approached me and greeted me. He said he liked the way the ad-hoc staff of NECON were working, particularly my disposition to work. He would mobilise people to the centre for registration. He would also make arrangement for food for me and my partner.

Before you got married, what was the disposition of your spouse’s parents to your love affair, being of different faiths?

Moshood: My parents did not reject her. In my family, we are made up of Muslims and Christians. So, my father and my siblings received her with open arms when I introduced her to them. She told me that she loves me, but her parents, from generation to generation, have been Christians.

She said they would not allow her to become a Muslim. I promised her that I have no problem with her remaining a Christian and that she could be going to church. So, that was how we settled it. She introduced me to her parents and they accepted me. They are not religious fanatics and we are also not fanatics in our family.

Nike: I made up my mind to marry him because I loved him, and still love him. Initially, I entertained the fear that my parents would not accept him because he was a Muslim. But after I took him home for the first time and I observed the disposition of my parents towards him and the relationship, I knew that they had accepted him.

It’s true, he promised me that he would allow me to go to church, which he did, before he himself became a Christian. My husband is a man of his word. I have observed that he does not promise what he cannot do.

SEE ALSO: Governor Ifeanyi Okowa Tells Us Why His Marriage Is Still Sweet After 35 Years

How did you propose to your spouse?

Moshood: I did not formally propose to her the way the youth of nowadays do. We started as friends and our friendship eventually led to marriage. When we started the relationship, both of us knew that we loved each other.

She knew what I wanted from her and I also knew what she wanted from me. What we wanted from each other was marriage. But I told her often that I love her and she would say ‘I love you too.’

Nike: Since we met, we have been very good friends. I knew within me that he is my husband. Before we got married, he would not leave me alone in the kitchen. He would join me and assist me to do one or two things. Also, he is a good cook.

Whenever situation demanded for it, he would cook for me. But I have been very dutiful in doing my domestic chores since we got married. So, during our friendship, he would tell me: ‘I love you.’ At a time, we just started planning for our marriage until it became a reality. Now we are more than 27 years in marriage.

What actually attracted you to your spouse?

Moshood: I cannot really say the particular thing that attracted her to me. But what I can say is that the first time I saw her, I had a witness in my heart that she would be my wife.

What I felt for her, I had never felt it for any other woman in my life. The spark came and I went for her. I later discovered that she is a virtuous woman. She respects me and I am the one that deflowered her.

Nike: I was attracted to him based on his boldness, sincerity and fear of God. He is also caring and would always protect me.

What are the memorable things you like about your spouse?

Moshood: My wife has always been there for me. She would collect her salaries and would not hide them from me.  It is not every woman that does that. There are some women that will never support their husbands financially. But my wife is different.

Nike: There are so many things that have been memorable in our about 30-year relationship. He has been very supportive to my siblings. At a time, he obtained forms into higher institutions for them. I will not also forget the day he told me that he would become a Christian.

Actress, Eucharia Anunobi Writes To The Singles On Why They Shouldn’t Settle For A Boring Person

How do you resolve your differences?

Moshood: Whenever we fight, we always resolve it within 24 hours. It is impossible not to have misunderstanding in marriage. But the maturity you display in resolving it is what matters. As a man, you must have a large heart. You should not be somebody that reacts to every issue.

You must cultivate the habit of overlooking some things. Then, you must make up your mind that you will make the marriage work. With these in my mind, every time misunderstanding came, I would not allow it to fester.  I respect my wife because she has been very supportive and submissive. She has never abused me or raised an eyebrow against me.

Nike: Our misunderstanding does not last for 24 hours because we have a way of resolving our differences. Whenever we had misunderstanding, I would always cook for him. He too has never rejected my food. He would eat it. Then, we would get to talking again.

ALSO SEE: The Fakunles Offer Some Words Of Wisdom From Their 46 Years In Marriage | Interesting Read!

Nike: My husband’s favourite food is swallow like pounded yam, amala, semo and so on, with good soup.

What advice do you have for young couples, given the alarming rate of divorce cases these days?

Moshood: I will advise them to work together to make their marriage work. The husband and the wife have individual roles to play. Nobody is perfect. But you can identify areas of strength of your partner and then emphasise them.

Do not make the mistake of always talking about your spouse’s areas of weaknesses. The husband should understand the dynamics of women and should be able to manage his wife with the fear of God. Try and do things together and don’t hide anything from her.

Nike: Every woman should be patient and stay with their husband when life is rosy and when it is not. Be part of his life: support him; do your things together, and pray together. These will contribute significantly in guaranteeing a great future of togetherness for both of you.

There are many qualities that go with being submissive. Every woman should support her husband in training her children in all aspects of lie. They should know that the children need them and their fathers for proper upbringing