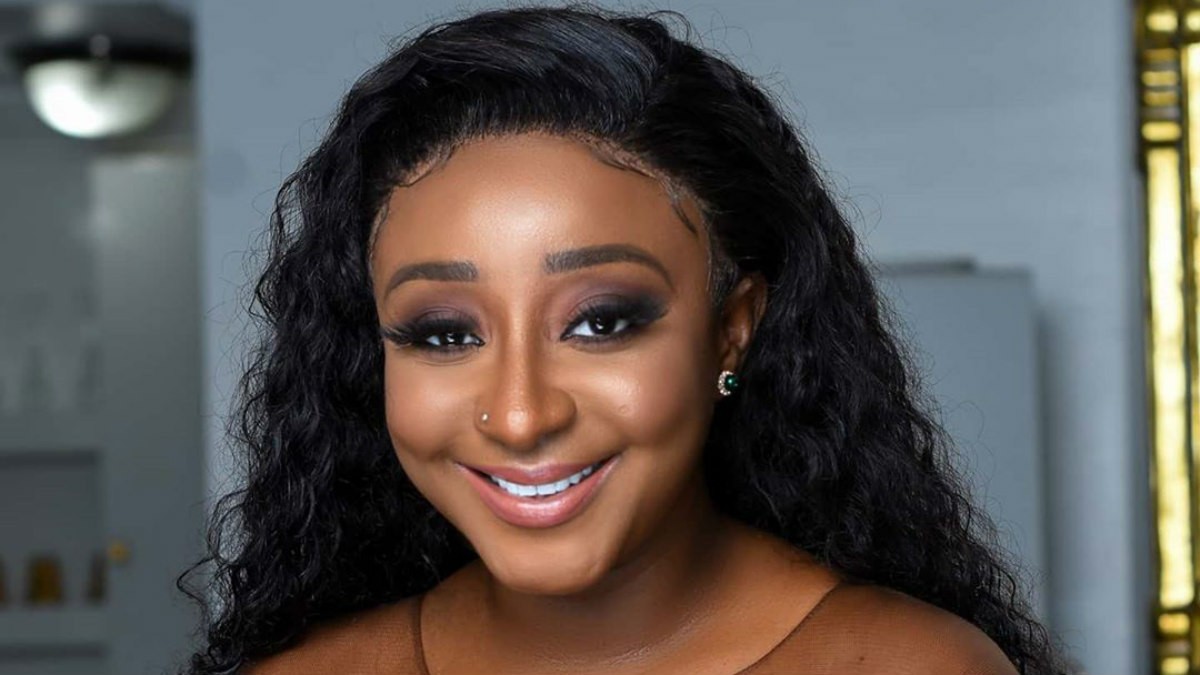 Nigerian actress, Ini Edo, has finally confirmed viral news about welcoming a baby through surrogacy while ignoring rumours about the child’s father.

After days of keeping silent since the rumours began, the 39-year-old actress broke the news during an interview with popular blogger, Stella Dimokokus.

During the interview, the actress revealed that she had undergone surrogacy to fulfill her life-long dream, adding that the baby is genetically hers because her eggs were used to fertilize the child.

Following this revelation, the actress has become the second Nigerian celebrity to openly admit to welcoming a baby via surrogacy after an ex-beauty queen, Nike Osinowo, did the same in 2013.

“Yes I do have a daughter and I had her through surrogacy. The eggs are mine and so genetically, she’s my blood. I chose this path to fulfil my dream of becoming a mother. I still have a good number of eggs frozen in case I decide to do surrogacy again or carry my baby myself.”

The actress said she didn’t want to talk about her daughter until she turns one but was forced to make the news public when ‘‘mischief-makers’’ started speculating lies.

The award-winning actress and entrepreneur also said she opted for a surrogate for her peace of mind and that of her baby. Also, she said she wouldn’t want any form of controversy.

“I opted for a donor for me and my baby’s peace of mind.

Another major reason I opted for a donor is that it scares me so much when I see banter and controversies between a mother and a father over a baby in public forums or when I see the man insisting he wants his child if things don’t work out between both parties.

For me, it’s the fear of what that would mean for the child . Ideally, it’s marriage then children but we are not living in an ideal world.

I am not someone who allows any situation to control me. I make lemonades out of lemons thrown my way and have no regrets. Life itself is so fragile and short to be striving for perfection.

Having attained her goal, she said she’s grateful to be her daughter’s mother. She added:

“It is an awesome feeling and experience and as I watch my daughter grow every day, I am in awe of the miracles that God has sent my way and I am so thankful and grateful to be my daughter’s mother.”

Reacting to rumours that her child’s father identified as Kome, was a married man, the new mum said,

“It is so sad that in Nigeria, when a ‘single’ woman is friends with a guy, it must mean to people that they are dating.

“Kome has been my friend for years and that’s what it is, period. He is a responsible family man and doesn’t deserve to be dragged into my motherhood story.”

During the interview, Ini also opened up about her past miscarriages, pointing out that her experience did not influence her decision on surrogacy.

ALSO SEE: “It’s my past and I have put it where it belongs” – Ini Edo On Failed Marriage

“I had a series of miscarriages in the past but that wasn’t my reason for going this route. I still hope to carry babies in my womb in the future, God willing.

I would recommend surrogacy for anyone having difficulty conceiving.”

Unlike many celebrities, she said she would not flaunt her baby on social media. She said:

‘‘I really hope to keep my baby off the social media, and this was why I’ve been reluctantly putting her out there. I would love to keep everything about her private for now.

There are a lot of celebrities whose children are not growing up on social media pages and living normal lives. That is how I want it to be for my daughter. it is a choice to put her out there or not and I choose to keep her private.”

The Nollywood star was formerly married to Philip Ehiagwina. The duo tied the knot in 2008 but parted ways in 2014.

While the actress claimed the breakup was due to domestic violence, Mr Ehiagwina accused her of being unfaithful.

Ini has remained single since then but her ex-husband recently married for the third time.

Asked if she would remarry, she said:

‘‘Right now, marriage isn’t my priority, I’ve been married before and it wasn’t exactly a Bed of Roses. Marriage is a good thing instituted by God and ultimately most people’s desire but I am not just crazy about the distractions and the complications that come with it. I am not against it though.

‘‘I’m in the phase of taking care of my child and focusing my positive energies on motherhood and my running businesses. This is all I have time for right now and shun all negative news or energy.”