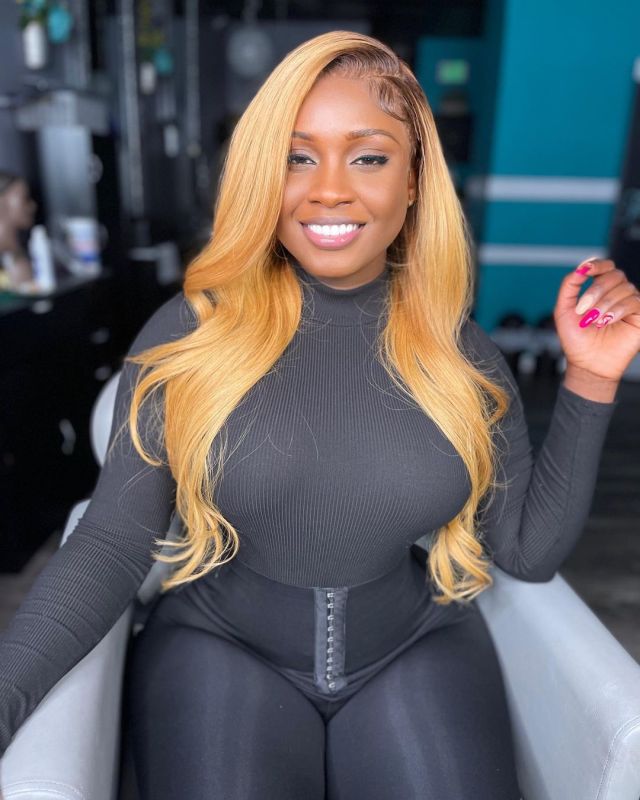 Actress, Princess Shyngle, has shared her thoughts about men who are 35 and above, but still not married despite being financially stable.

Taking to her Instagram page, the Gambian-born Ghanaian actress and producer, asserted that if such a man changes women like he changes his underwear, then he is bisexual. She also claimed that such men are usually in love with young men.

Shyngle, who filed for divorce from her husband, Gibou Bala-Gaye, after over two months of marriage, also claimed that the reason there are lots of single women out there is because some men are using them as cover-ups, breaking their hearts and wasting their precious time. She urged them to come out of the closet and start living their truth.

She stated this in reaction to a quote that reads, “Sometimes a man hurts every woman who enters his life because his soulmate is a man.”

READ ALSO: Divorced Actress, Princess Shyngle Addresses Women On Why They Need To Normalise Being Friends With Their Man’s Ex-wife Or Girlfriend

“Any man I repeat any man who is doing good in life , is comfortable and is 35 above but not married or never been married but is constantly changing women every minute like pants is a bisexual man and is in love with a young man somewhere.

Most of y’all are the reason there is a lot of single women out there and y’all just using women as cover ups breaking their hearts and wasting their time. Yes I said it come and beat me, start living your truth and get out of that damn closet.”

SEE ALSO: Bisi Alimi Addresses Why Gay Men Marry Straight Women In Nigeria Without Telling Them About Their Sexuality 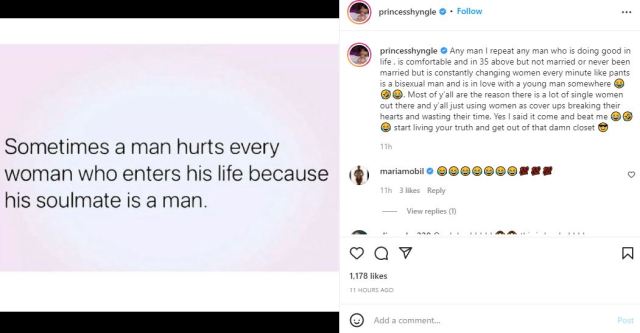