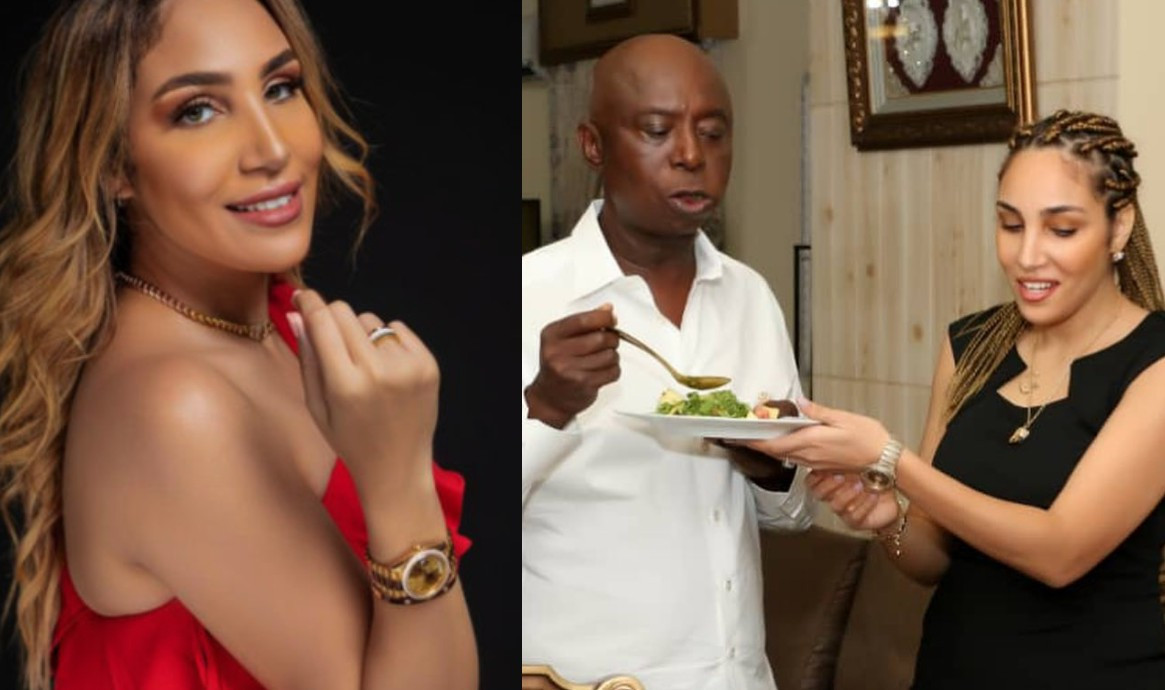 The Morrocan wife of Nigeria’s politician and billionaire businessman, Ned Nwoko, has exposed the lies of her ex-husband in a post on Instagram.

Earlier today, Prince Ned Nwoko took to his Instagram page to share a long post indicating the alleged reason why he got separated from his wife, Laila Charani.

According to Ned, their marriage crashed after Laila underwent plastic surgery without informing him about it, spent money she was given for their kids’ summer holiday in London on herself and also had a physical meeting with a “strange man” who she met on the internet in a hotel in London.

He also accused her of leaving their children in the hotel room on several occasions to go clubbing with her newfound love. Aside from these accusations, Ned also leveled other serious accusations on his ex wife.

However, it appears that the accusations leveled against Laila were fabricated.

Laila has now shared a screenshot of an alleged Whatsapp chat that Ned allegedly sent to her, which he allegedly threatened to make life difficult for her if she refuses to go back on Instagram to make a U-turn on their divorce.

“I am sorry over what I posted about me and my husband. We are not divorced. I have been under pressure over some things that has nothing to so…’

ALSO SEE: Billionaire, Ned Nwoko Finally Spills About His Separation From Ex-Wife, Laila: ‘No Reasonable Man Will Tolerate As A Husband’

See screenshot of the chat below,