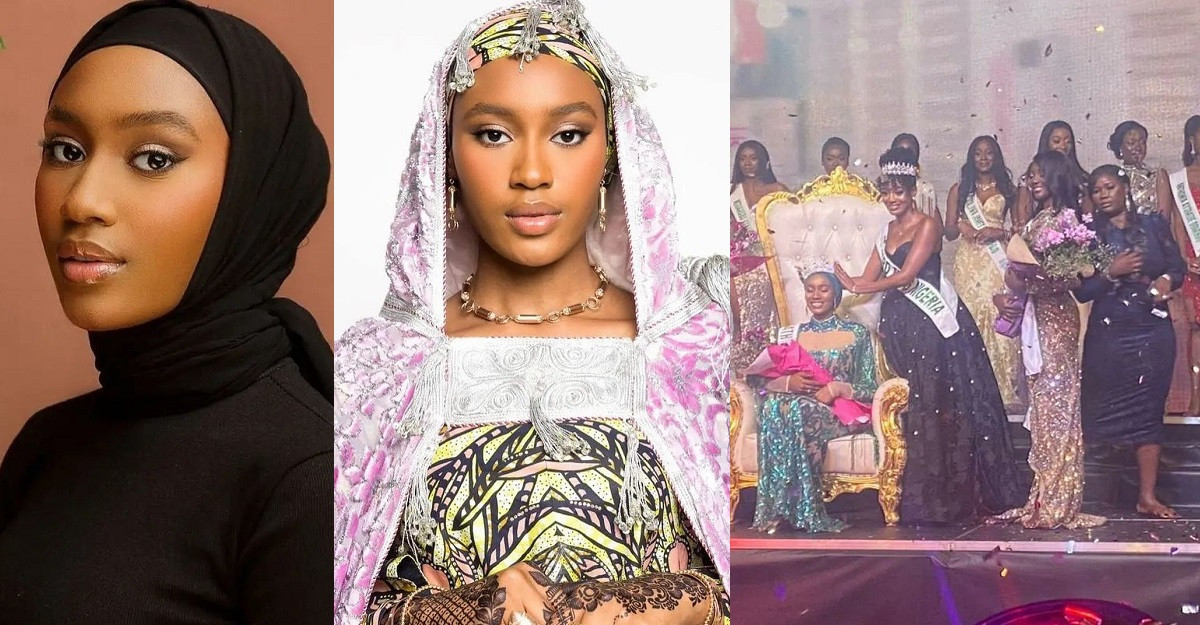 Kano state Hisbah board has announced that it will be inviting parents of the winner of 2021 Miss Nigeria, Shatu Garko, over their daughter’s participation in the beauty pageant.

Beautiful Garko from Kano state, recently became the first hijab-wearing contestant to clinch the much-coveted crown since the pageant debuted in 1957.

Garko, a horse-riding lover, represented the North-West region of Nigeria during the pageant. She was crowned the 44th queen of the competition during the ceremony held in Lagos on Friday night.

Despite being the youngest contestant, Garko beat 17 others to become the first hijab-wearing model to wear the Miss Nigeria crown.

Reacting to the news, Kano Hisbah board commandant Haruna Ibn-Sina who disclosed plans to invite the new Miss Nigeria’s parents in an interview with BBC Pidgin, described the 18-year-old model’s participation in the beauty pageant as “illegal”.

Ibn-Sina added that participation in beauty pageantries is against Islamic tenets, and Garko’s action could encourage other girls to do same.

READ ALSO: “It’s unethical for a woman to sit close to a man that is not her husband”- Commandant of Kano Hisbah Board

“We (Hisbah) has confirmed that Shatu Garko is a Muslim from Kano state and her parents come from Garko LGA. Kano is a Sharia state and this is why we will not allow the matter to die like that.

We will invite the parents to talk to them about the actions of their daughter and the fact that what she did is illegal in Islam. This is to make them know that she cannot continue that path and also stop other girls from copying her.”

Ibn-Sina also backed the claim with some verses from the Quran, and further claimed that such contest teaches girls not to be shy and reserved. The Hisbah Commandant also said that organisers of such beauty pageants are at the risk of God’s wrath.

“In Islam, it is forbidden for anyone to participate in a beauty contest. A lot of things happen in such contest which is against Islam. For instance, there is usually a lot of people exposing their bodies during the event while such contest teaches girls not to be shy and reserved,”