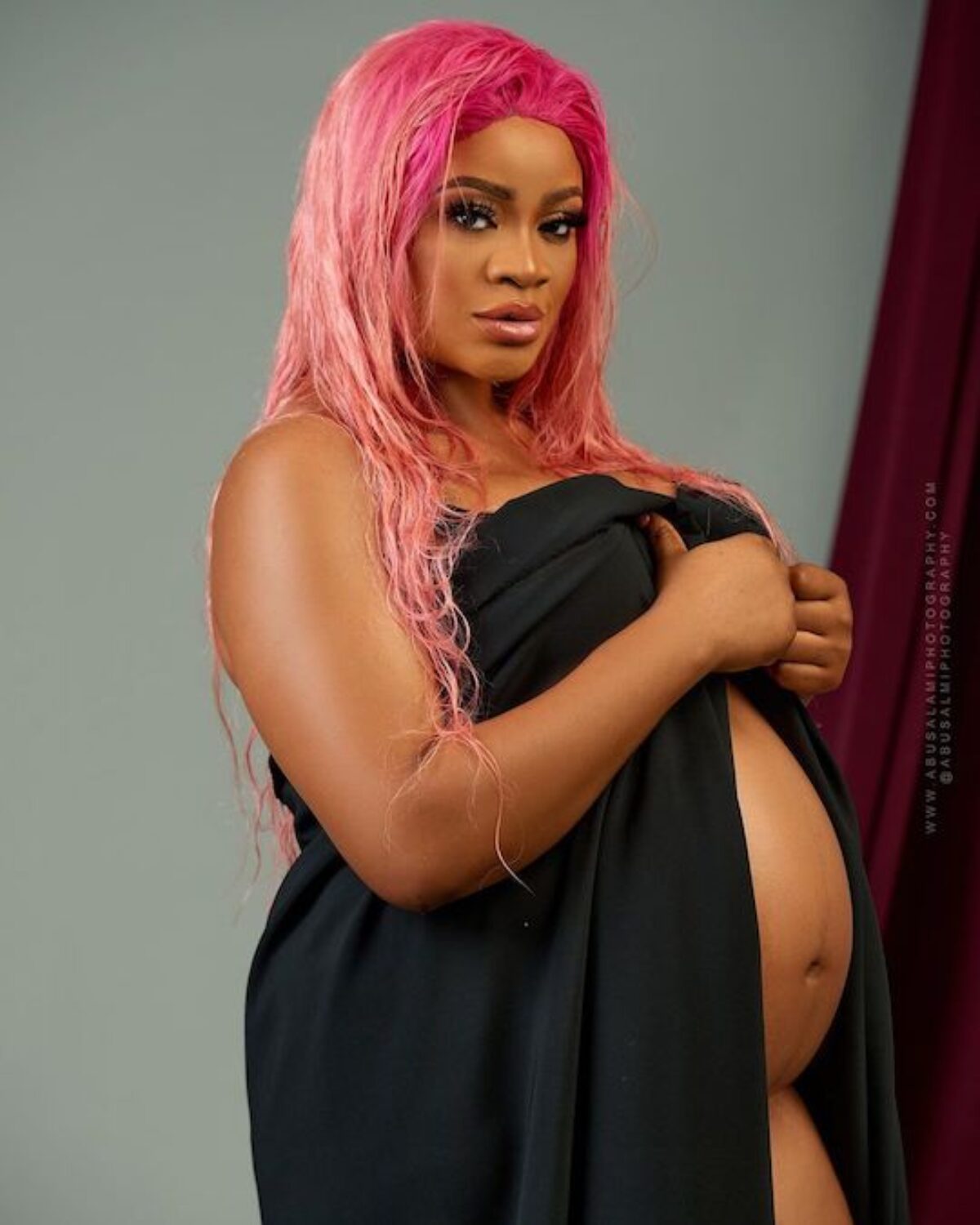 Nigerian film actress and producer, Uche Ogbodo has opened up on how medical doctors told her she had limited time to live due to a terminal illness she suffered.

The 42-year-old mother of two, in a lengthy post she shared on her Instagram page said that she nearly died in 2020 due to suffocation from acute Angioedema, but God came through for her.

According to her, the better half of year 2020 was the worst time of her life. She said her doctors told her she was going to drop dead as her heart could stop beating at anytime. She said she was also advised to relocate abroad because she can’t survive the condition here in Nigeria

Uche said through it all, she never gave up on her God. She said she prayed, fasted, hoped, sowed seeds and wailed in Agony most nights because she couldn’t sleep due to attacks.

Below is her full testimony:

“I am that Woman the Lord Showed Mercy and I am finally ready to share my testimony. Better half of 2020 was the worst Time of my life cos I was Told I was gonna Drop Dead According to Doctors they said my Condition could only be managed and worst case Scenario was Death and I might not know when death would come, they said I could be walking down the street and just Slump cos my heart could stop beating due to suffocation from acute Angioedema.

They advised I Relocate cos I can’t survive here in Nigeria, they said I should stop coming to the hospital every 2 days to take Steroid Shots that help me with The Swellings and Itching from Acute Urticaria �.

I Almost Lost hope, I had started making plans of Exit putting my properties in my Younger Sisters name and my Baby Mildred’s name cos I believed if I left this earth my Sister would care for my baby better. 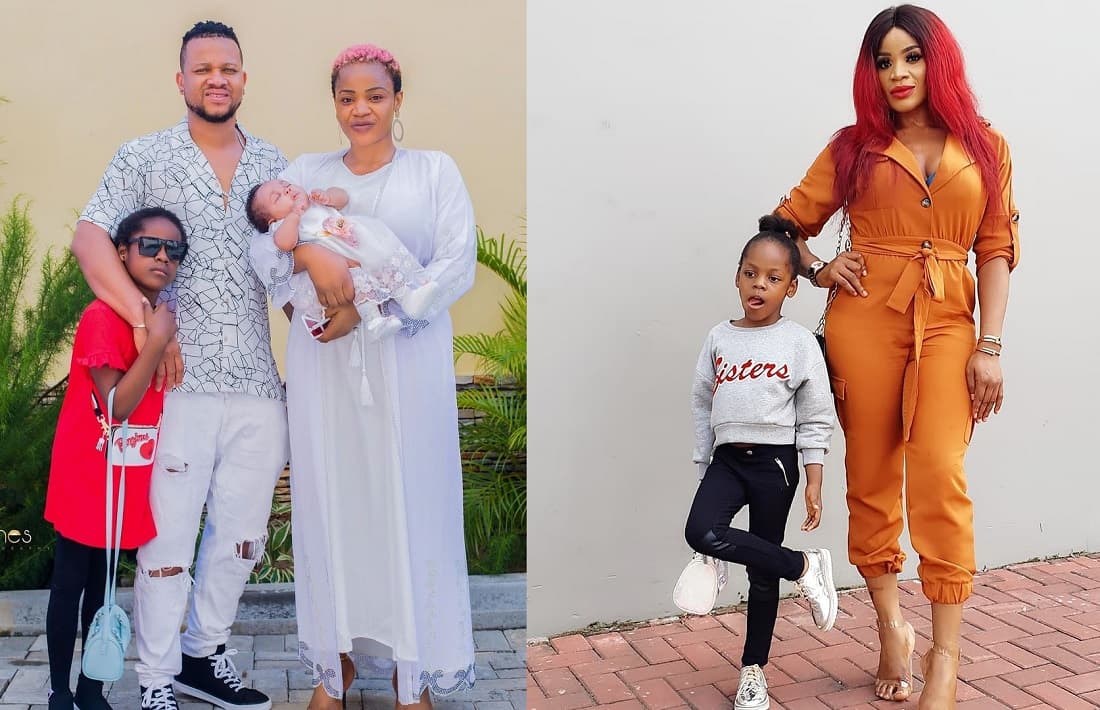 But one thing I never did was give up on my God! I Prayed! I fasted ! I hoped! I sowed seeds! I wailed in Agony most nights I couldn’t sleep due to attacks, I didn’t know what to do anymore , my body started rejecting medication even the steroids stopped working so I decided on my own to give up my Medication, but I never stopped praying � until God showed up for me! ��…….

Since my immune system was super weak and my hormones were malfunctioning I wasn’t even seeing my periods most times I was shocked when I got Pregnant! Instead of Dying I Became Pregnant with my BUNNY , and my Life Changed, that Pregnancy changed my life! Reset My Imbalanced Hormones, upped my immune System, my blood count became normal, it Reset my Dead Skins, My Red and white Blood Cells started working better . Glowed my body and demolished all my Attacks , I could now breath , I no longer had Things blocking my airways, I didn’t have problems with my heart anymore!�

I can’t explain this Miracle but I know that What God can not Do Does not Exist ! 2022 we move! Healthier and more Vibrant!” 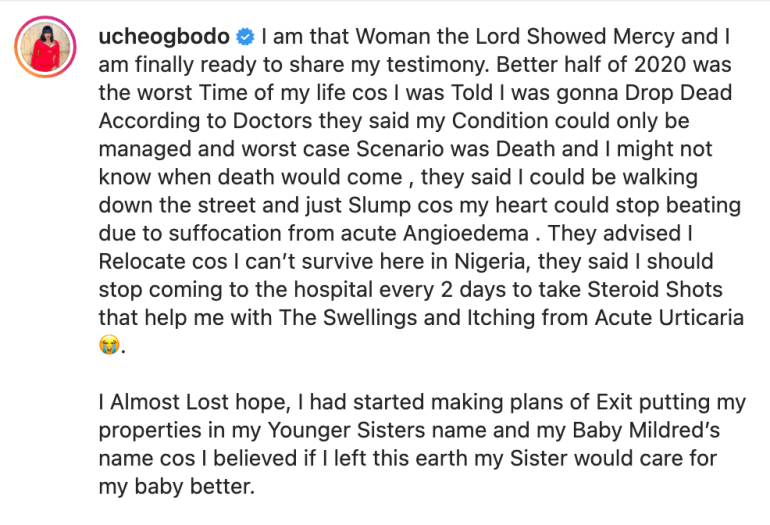 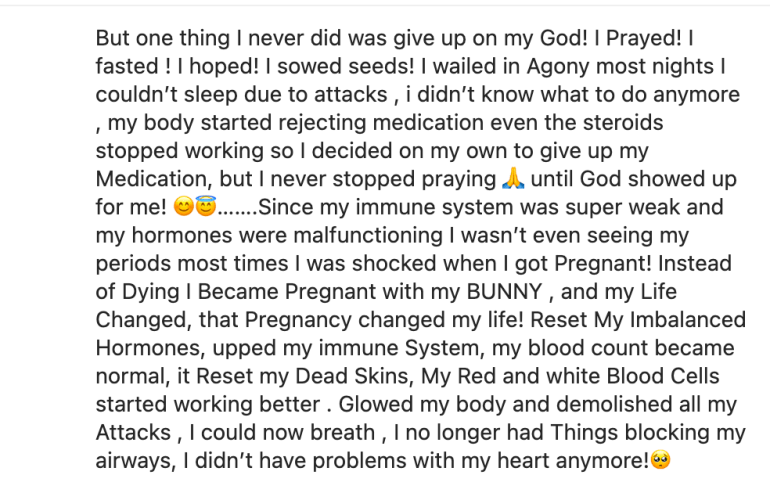