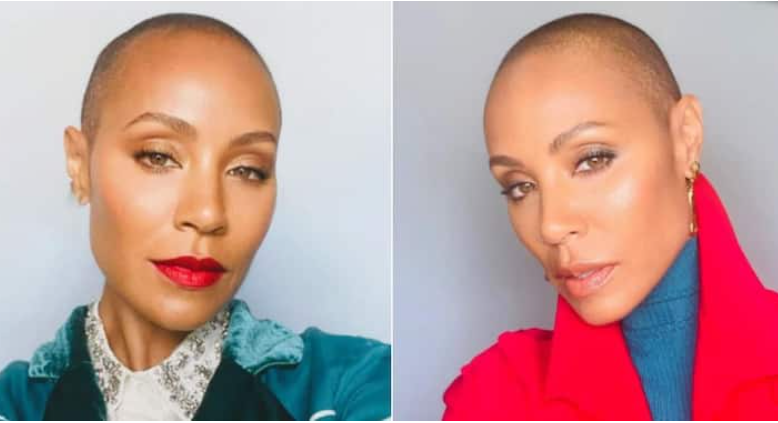 Pinkett also joked about throwing some rhinestones on top of the patch to cover up the balding and giving herself a “little crown.”

The actress explained she didn’t want anyone to mistake the line of baldness as a surgery scar. The Matrix Resurrections star added:

“Mama’s gonna have to take it down to the scalp so nobody thinks she got brain surgery or something. Me and this alopecia are going to be friends … period!”

Pinkett first openly discussed her alopecia diagnosis during a 2018 episode of her Facebook Watch series Red Table Talk. She said about her initial stages of hair loss:

“It was terrifying when it first started. I was in the shower one day and then just handfuls of hair just in my hands. That’s why I cut it and I continue to cut it.”

Being the resilient figure she is, Pinkett said she took stock of her situation and discovered a treatment that stopped some of the hair loss. She said she was getting “my little steroid injections”, which seem to be helping.

Here’s what to know about the disease

If you’ve seen a lot of extra hair on your pillow, brush, or shower drain, or you’ve noticed odd little bald spots in the mirror, you might have an autoimmune disorder called alopecia areata.

And when you have an autoimmune disease, your immune system attacks your own body. With alopecia areata, it’s the hair follicles that are attacked. This causes the hair to come out, often in clumps the size and shape of a quarter. The amount of hair loss is different in everyone. Some people lose it only in a few spots. Others lose a lot.