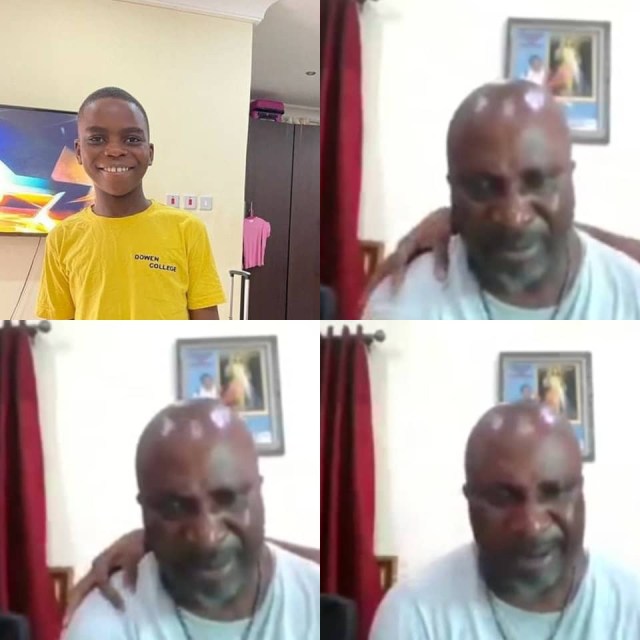 Why You Should Reconsider Sending Men On Errands -Media Personality, Miriam Peters Shares Her View And It’s Totally Relatable

The distraught father of Dowen College student, late Sylvester Oromoni Jnr, has vowed not to bury his son even if it takes him 30 years until his son gets justice.

Sylvester Oromoni Snr said this while reacting to the statement from the Lagos state Commissioner of Police, Hakeem Odumosu, that the autopsies carried out on late Oromoni Jnr’s body in Warri and Lagos showed he died a natural death.

During a recent chat with The PUNCH, Mr. Oromoni said:

“The family does not have power. We only rely on God. If they insist that the school will reopen, there is no problem. If God keeps me for 20 or 30 years, I will follow up this case. Government will come, the government will go. I am not bothered. The soul of that boy is crying round. God is alive; He cannot be bribed.

My son will never be buried. If it takes me 30 years to get justice, he would remain there (in the mortuary). He is my son; I won’t bury him. Nigerians should look beyond what they are saying.”

When asked if he had any doubt over the autopsy released by the state government, he retorted:

“Do they have any autopsy report? They don’t have any. The doctor that did the autopsy in Delta State was recommended by the Area Commander. He is not the family doctor. We don’t know him. Our lawyer applied to the Area Command to get a copy of the autopsy.”

Also reacting to the statement from the Lagos state Commissioner of Police that the autopsies carried out on late Oromoni Jnr’s body in Warri and Lagos showed he died a natural death, actress and concerned mum, Tonto Dikeh writes:

“This is the height of injustice in MY COUNTRY NIGERIA..

Why was the case not tried in court to determine who is guilty or not ? Is Nigeria police now the court of law
Is it now the Job of a commissioner of Police to interpret an Autopsy Result.

@lagostategoverment I am disappointed
@dowencollegelagos I am disguised at the fact that you are a school out for money alone but not for the children(I said this before una lucky that you met a calm mother)
@lamiphillips the emotions I feel for you right now is PITY because Karma is beautiful, DISAPPOINTED at the fact that MOTHERS AREN’T MOTHERS ANYMORE
And every parent taking their child back to Dowen, I am sorry for you cause this could be you next…

I am so infuriated.”