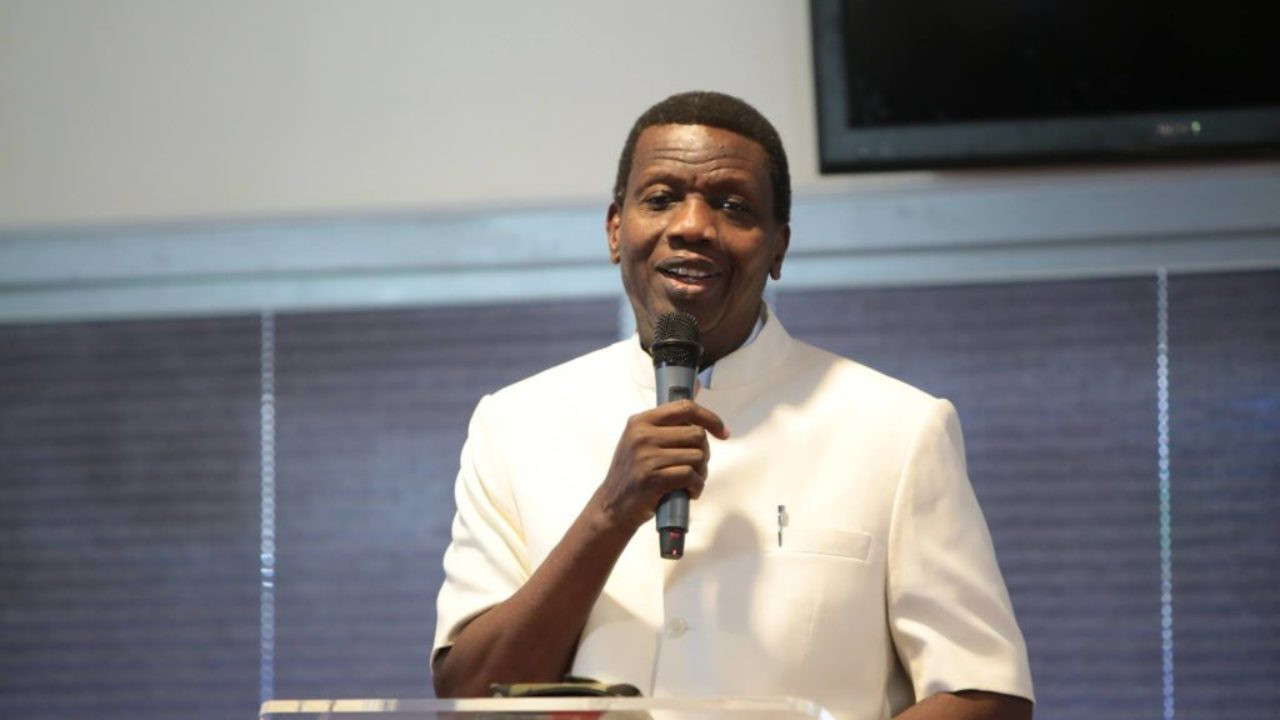 The General Overseer of the Redeemed Christian Church of God, RCCG, Pastor Enoch Adejare Adeboye has advised men not to fight women, but to flee when they are threatened to deal with them.

The clergyman stated that when a woman says she will deal with a man, he has to run so he can live to fight another day. According to the man of God who will soon turn 80 years old in March, a man must know when to fight and when to run.

Citing the classical biblical case of Elijah and Jezebel to buttress his point, Pastor Adeboye who has been happily married for over 50 years said:

“Elijah arrived at Jezreel, sat down in his house and was enjoying the victories that had happened. He had just called down fire from heaven.

He had prophesied and prayed and there was rain for the first time in three years. He had brought about national revival. He had outrun the chariot of the King.

READ ALSO: Clergyman, Enoch Adeboye Highlights Lessons Other Women Can Take From How His Wife Has Lived With Him In Their Happy Marriage Of 50 Years

He was happy but then a message came from the First Lady of the land: ‘I heard what you did on Mount Carmel, I swear to you by my gods by this time tomorrow, you will be like one of the prophets that you killed’. Elijah the great man of God ran, the man who dared 450 prophets ran from a woman.

Resolving Misunderstandings And Many More: The Akpabios Share Advice From Their 31-Year Marriage

I know a lot of people have said how could that be? Elijah was very wise. I have told you men of God again and again, don’t fight a woman.

When Jezebel says “I am coming for you” Elijah did the right thing. He ran.”