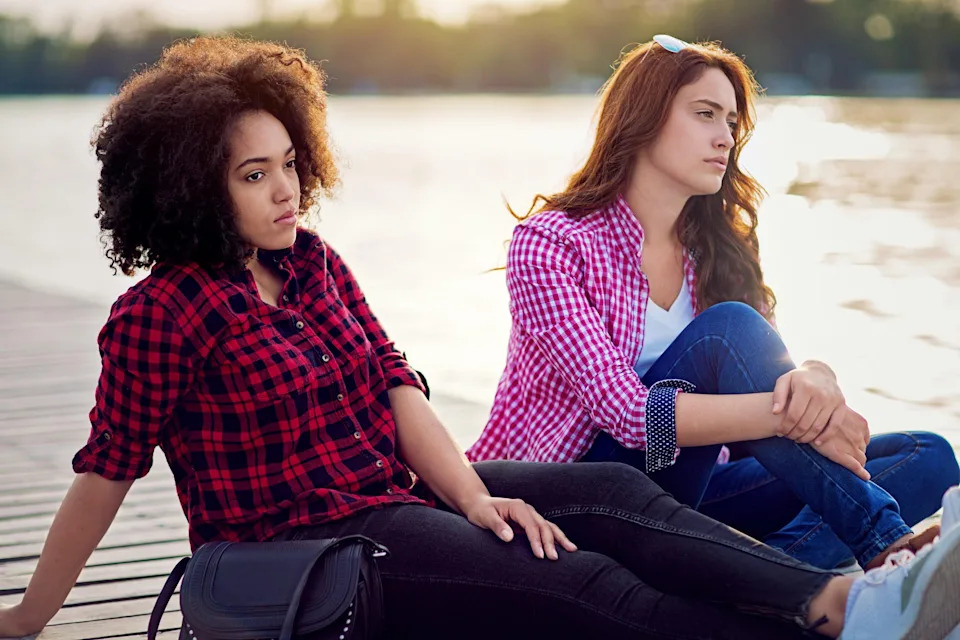 ‘Saying ‘Let Me Ask My Wife’ Before Making Decisions… -Reno Omokri Writes To Fellow Married Men And It Is Spot-On!

If I don’t have constant validation that he wants or needs me, I’ll believe I’ve outlived my usefulness, and he will now see that I am worthless, which will end with me being discarded. I’ve never had a healthy relationship because of it.

4. If I become more ambitious, then I won’t have room for a man in my life and that’s why my partner will feel neglected and leave me.

This is why I’ve ended up playing small in my past relationships, and of course, they left me anyway.

5. Being too much for someone. I deal with mental illness and it’s so overwhelming — even I don’t want to be near myself. I’m working on getting better through therapy, medication, and holding myself accountable, since I know mental illness is an explanation but not an excuse.

I guess I’m scared that no one will want to deal with me or have the patience to. I know I shouldn’t expect anyone to accept my mental illness, but sometimes it feels like I simply can’t be loved.

6. That I’ll never be loved properly without first having to go through extreme emotional suffering to prove that I’m worthy for being loved correctly.

7. That secretly, I am with someone who will eventually reveal themselves to be a hateful, misogynistic, uncaring, and/or abusive person.

I’ve been in a couple abusive relationships before and it’s made me question my judgement a lot. I thought my most recent relationship was perfect, but after the breakup, I looked back and wondered if I’d ever really knew the man I was with.

It’s a hard balance to decide what is a red flag or not, what is worth bailing completely, and what is just not a big deal or not that serious.

8. I hate to say it, but the possibility that I’ll meet someone better down the line. I feel guilty just sharing it.

9. The fact that I will never be ‘good enough’ for somebody. This doesn’t come from a place of lack of confidence; it comes from the constant rejection I’ve experienced from men. And when it becomes a regular thing, you start to believe it’s true.

I guess there’s no room in life for mediocrity (i.e. looks, jobs, housing, etc.). People are always looking for more.

10. Wasting years on someone again.

11. This is morbid but my partner or spouse killing me. I saw a documentary of a guy going to the gym, becoming attractive, and then having an affair and killing his kids and wife just so he can run away with his new girlfriend. Yikes! I’m ok being a single Pringle.

12. Being lied to. Having him give me a fake reality to live in while he knows everything that’s truly going on. Pulling the wool over my eyes. Mind games. A lack of transparency. Being with a man who thinks he can be a good man without being a good husband.

SEE ALSO: Be Motivated As Women In Their 30s Share One Critical Life Lesson They Have Learned In Their Journey

13. Losing my independence. It happened once. I crawled out of that relationship after two decades of being a stay-at-home mom (I always had a job of some sort, but my career was put on hold to give his a boost). I had absolutely no support network.

I was alone and terrified. After when I left him, I quintupled the salary I was making within seven years by working my ass off — and now, with my new partner, we’re buying a house with my name on the deeds. I’m nearly 50, and I’m buying my first home.

I will NEVER willingly put myself in that situation again. Luckily, my new partner respects my craving to work and provide for myself. I will never again not have my own bank account or my own friends. I will never be a ‘good wife’ but I’ll be a bloody amazing PARTNER.

14. The fact that I’m abstaining from sex until marriage. I’ve missed out on a lot of relationships because of it. I fear that my lack of sexual experience may come back to bite me later.

15. I guess that I might be too clingy or distant. I want affection all the time and love being loved up on but I don’t want to be suffocating at times. So I basically have this battle in my head on whether I’m being overly lovey or just normal.

16. How my health will affect the relationship. I have a serious autoimmune disease. I don’t look sick, but I structure every day around my symptoms, medications, and treatments. I’ve always talked to new partners about this as soon as they indicate they want to be exclusive.

I talk about how it affects my life and would affect theirs and basically give them an out. No matter how thoroughly I explain it, reality doesn’t seem to sink in until I’m hospitalized or preparing for surgery, etc.

Most people in their 20s and 30s have no real concept of what being sick for the rest of your life is actually like. So they either sabotage by acting like an ass or bail. My health has contributed to ending every serious, adult relationship in my life.

17. That my partner doesn’t actually know or see me for who I really am, and has fallen in love with or is attracted to a version of me that doesn’t exist. A projection of who they want me to be.

18. Being older. I’m 72, active, and in shape, so I tend to date slightly younger men. I look much younger than my age and don’t give my birthdate out. Ageism is a very real problem.

I have a partner now, but I used to worry because it’s easier for men to date much younger women. I was concerned about being used and dumped for a younger woman or meeting someone who just wanted to scam or use me for money.

When men whistle or catcall, I can’t tell if they mean it or if they’re just making fun of me. I know I shouldn’t care about what a catcaller thinks. But the truth is, in my position, I do.

19. Loving them more than they could ever love me.

20. Being taken for granted or used. I have a very giving personality and high empathy and many of my partners have exploited it. It’s a kind of betrayal that hurts just as much as being cheated on.

21. That my partner might be hung up on an ex that no longer wanted them.

22. Waking up one day and being broken up with, with no warning and nothing ‘being wrong.’ It’s happened to me twice in my life, both right at the one-year point.

One day they both showed up, said, ‘I’m done,’ and left, and I was completely blindsided. We weren’t fighting, we seemed to be happy, and everything seemed ok. Both men later told me it was nothing that I’d done; it was just something they hadn’t really thought through very long about, and they regretted it.

The possibility of someone just disappearing on me like that again gives me so much insecurity and anxiety, and I find it really hard to relax in a relationship now.

24. That the other person will get bored of me. I’m not a tremendously fun person (I’m very shy, very sober, and very socially inept) — whereas my partner is the absolute life of the party, so I often worry that he’ll realize he could do better.

25. Being vulnerable only to have them chew you out and belittle you. Ignoring your feelings, reducing them to inconveniences, hating on your interests, and questioning your joy.

I try to remember even if I get validation from others every once in awhile, I am ultimately the authority of my goodness, worth, and validity as a doing feeling human being.

Has a previous relationship ever made you feel insecure about something? Or is there a particular thing you feel uncertain about when it comes to dating and relationships in general? You can share it with us.