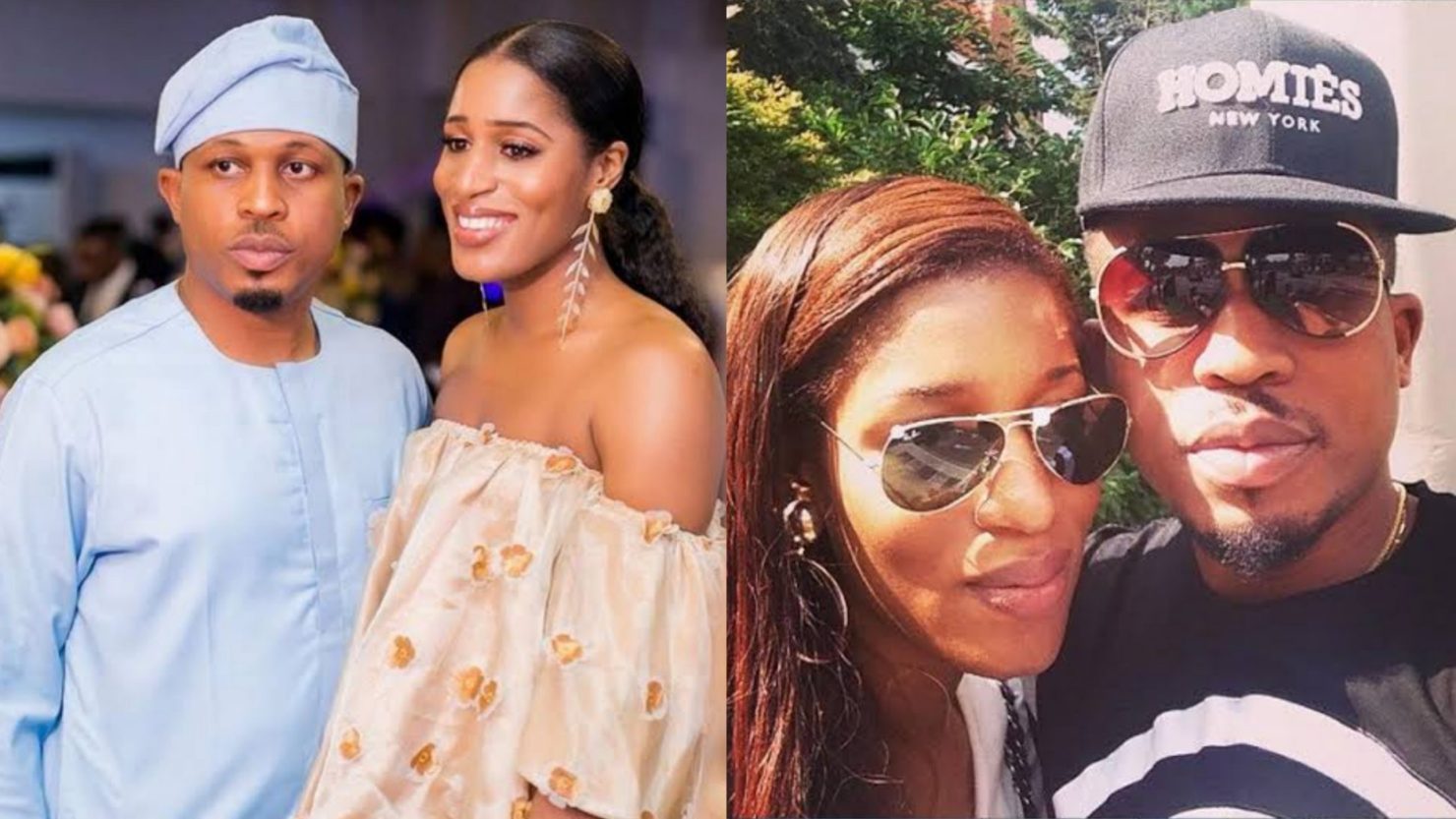 Actress Nkechi Blessing Shares Her View On What It Takes To Have A Successful Marriage | Do You Agree?

Nicole Chikwe, the wife of Nigerian rapper, Naeto C who barely spoke about her life with the rapper before they got married have opened up on their marriage in a latest post on her Instagram.

According to Nicole, a mother of three, though their relationship was and is still amazing, it was a painful and traumatizing experience being dragged online every other day because of her look, that she was not good enough for Naeto C, real name Naetochukwu Chikwe.

She indicated that she started dating Naeto C when she was 22 years old and being in a relation with a star of that magnitude at the time, especially when she was that young was challenging.

She explained that people took to Twitter at different times between 2010 to 2012 just to criticize her hair, her face shape, nose, teeth and her body, while saying that Naeyo C could do better.

Nicole further explained that it affected her, especially considering how young she was, but she turned the online dragging around.

She said the dragging was just the “catalyst” she needed to begin loving herself. Now, she refers to herself as “Premium Pie” and “Finest in Lagos”.

Part of her narration reads;

“Well, one afternoon in December 2010, I saw that guy I went to secondary school with tried to start yet another online conversation about me, and he had tweeted something along the lines of him knowing me from school and I’m a nice person, but quite frankly I am NOT Top 100 Finest Babes in Lagos, and Naeto can do better than me.”

Continue to read the rest below… 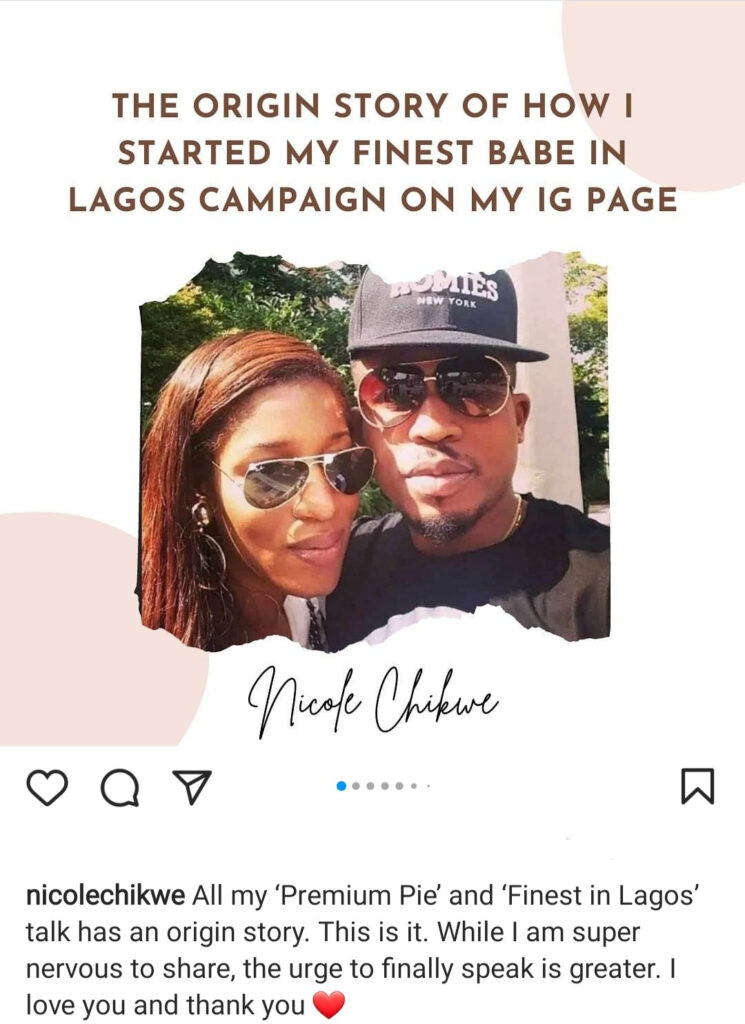 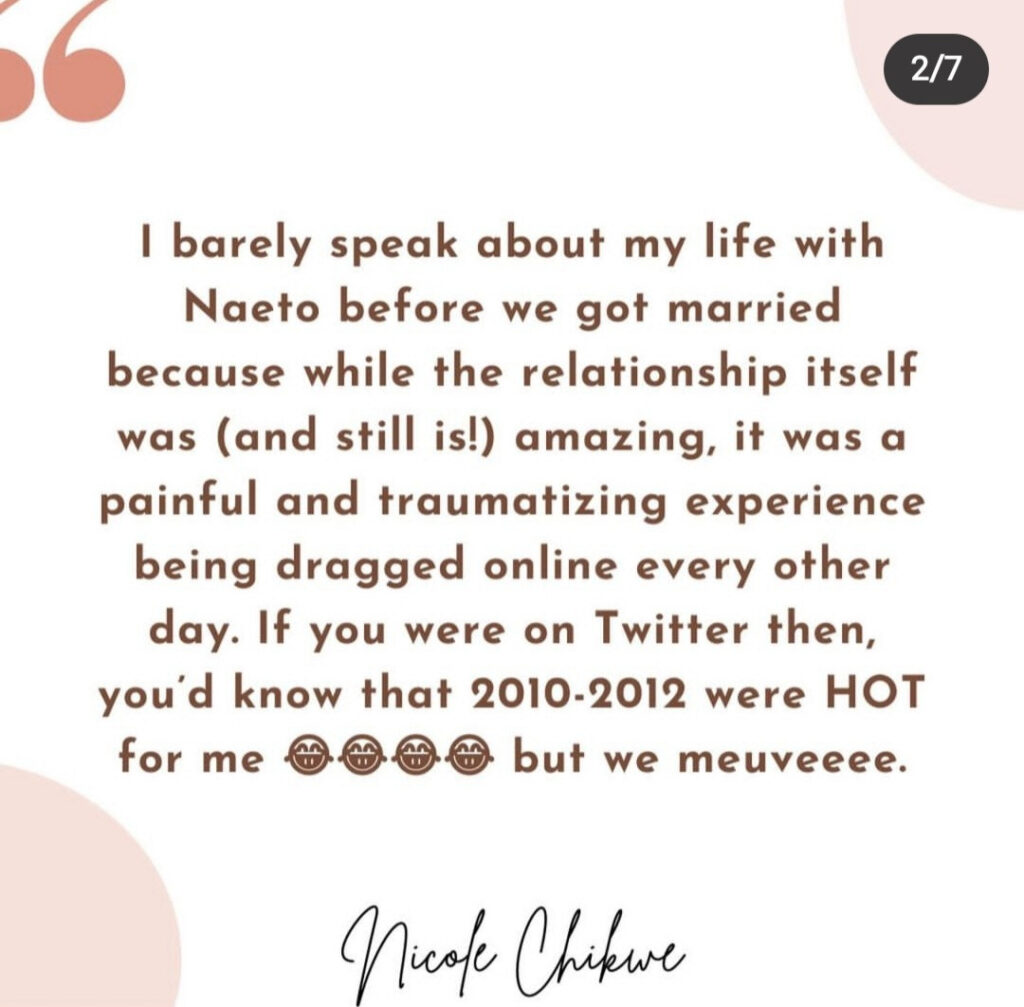 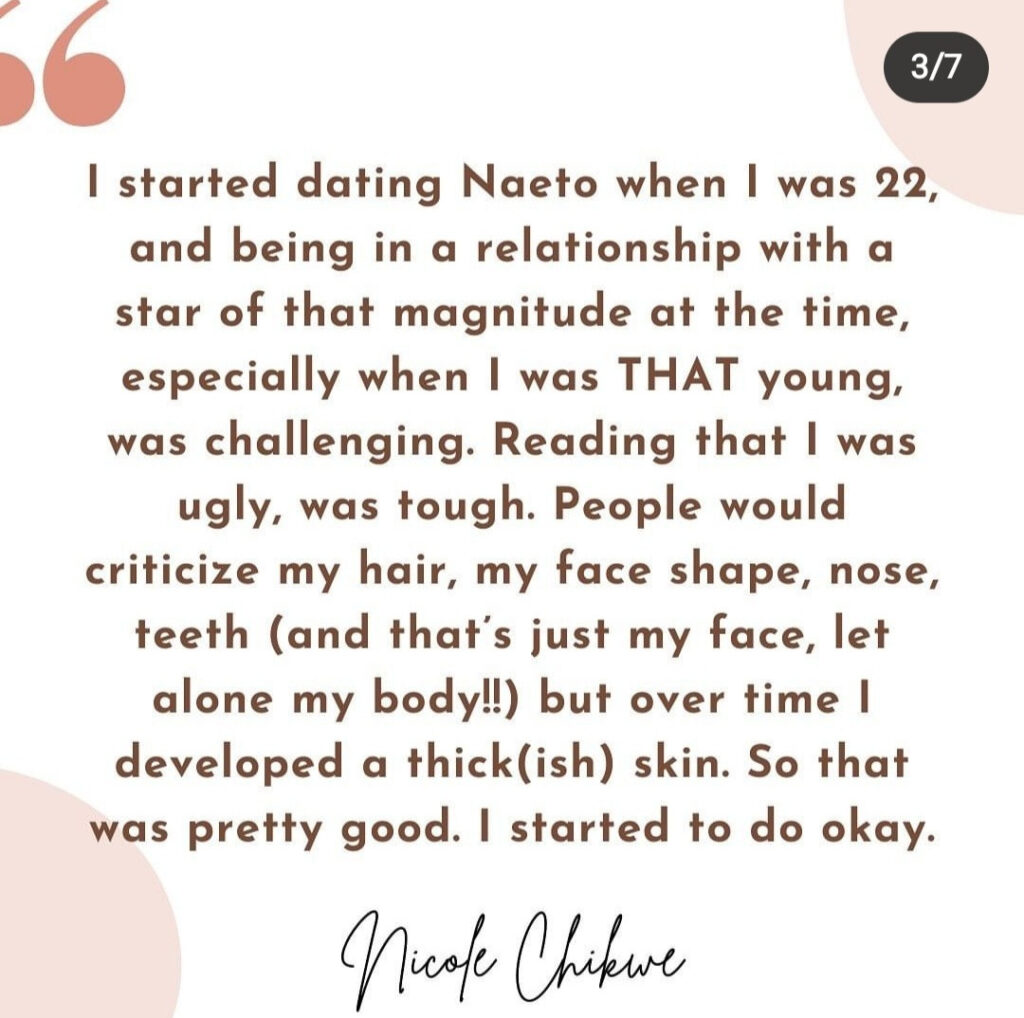 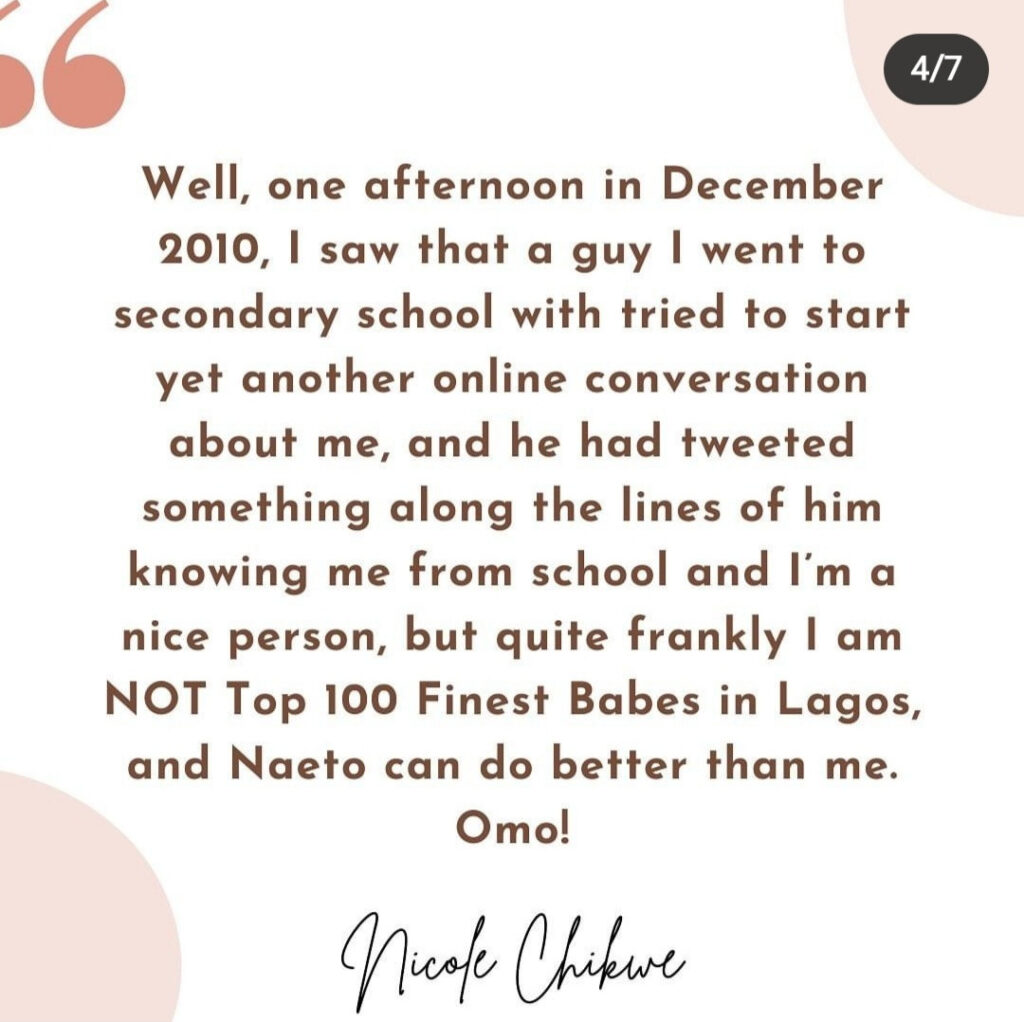 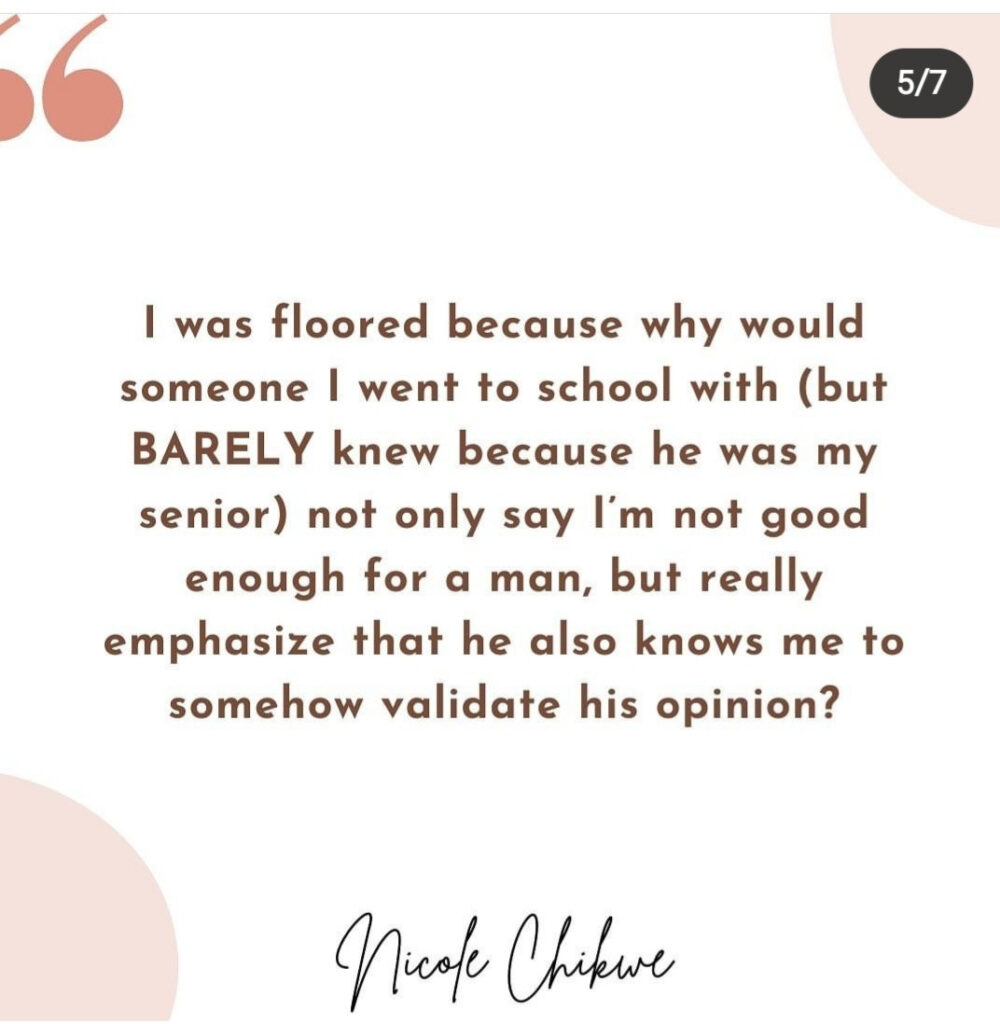 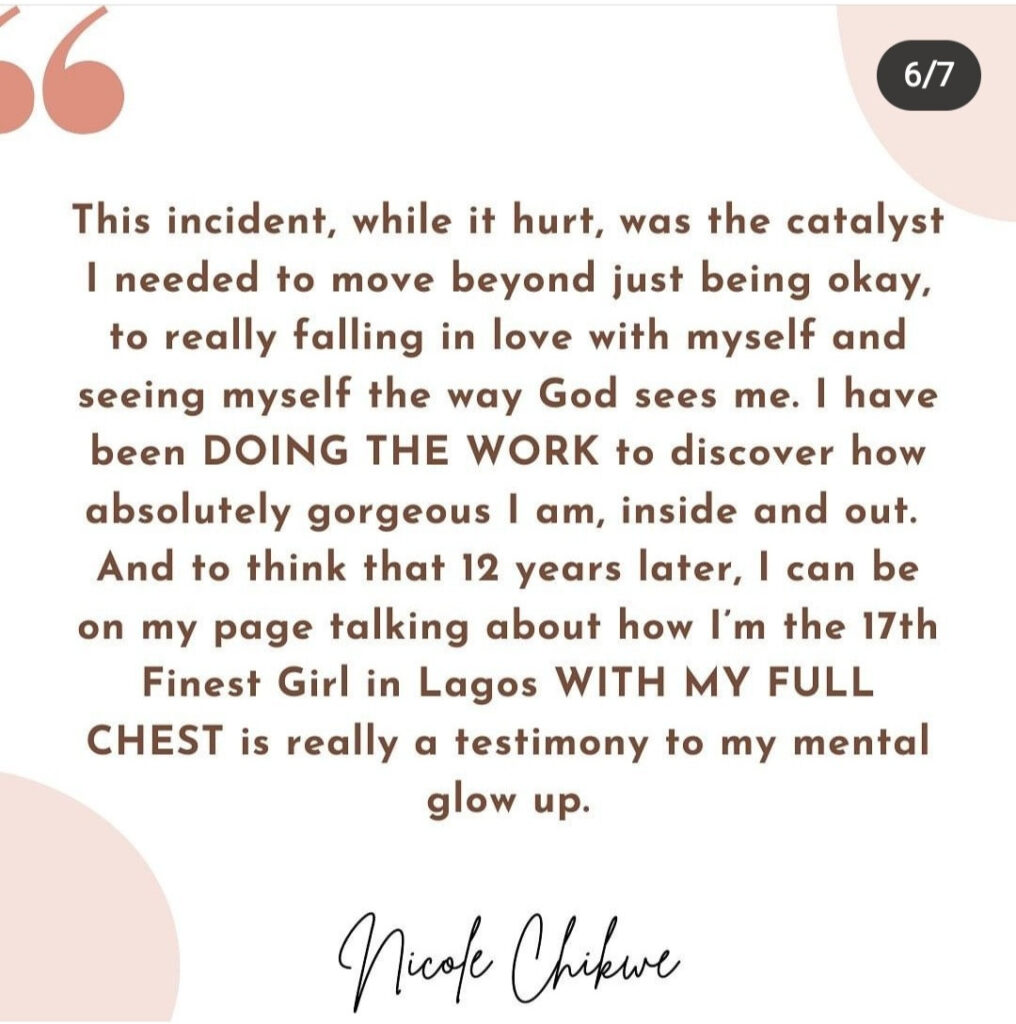 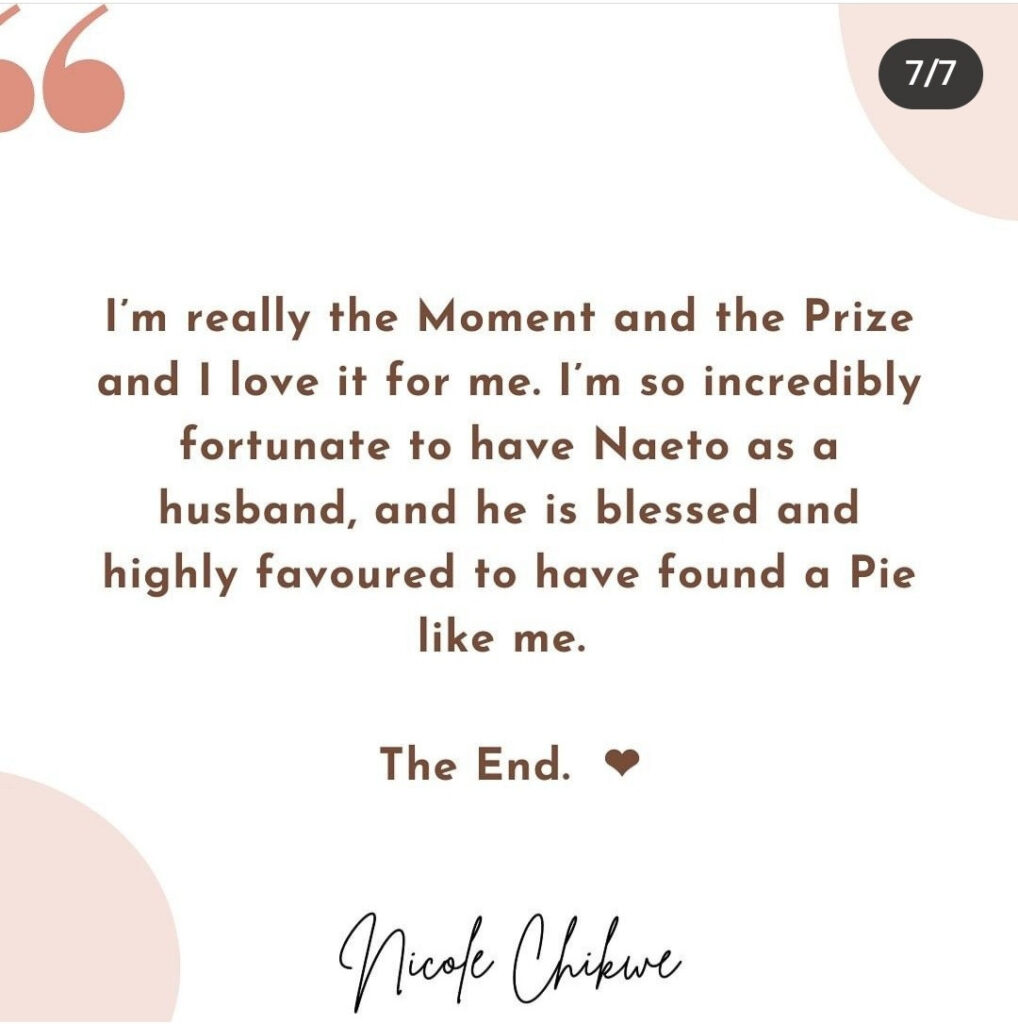