A few days ago, the Nigerian professional dancer announced in a viral video that her marriage to music director and drummer, Joseph Ameh, has crashed and according to her, their union collapsed for so many reasons and that she is grateful that it failed.

In a new video, the dance queen revealed that her marriage has been over for “almost a year now”, and her journey to healing and clarity “took a little over three years”.

The mother of two added that she started healing from the inside before she left the marriage almost a year ago.

She went further to explain that she’s learnt her lessons and that the lessons she’s sharing now about marriage are not to breed hate but so that others can learn from her experience. 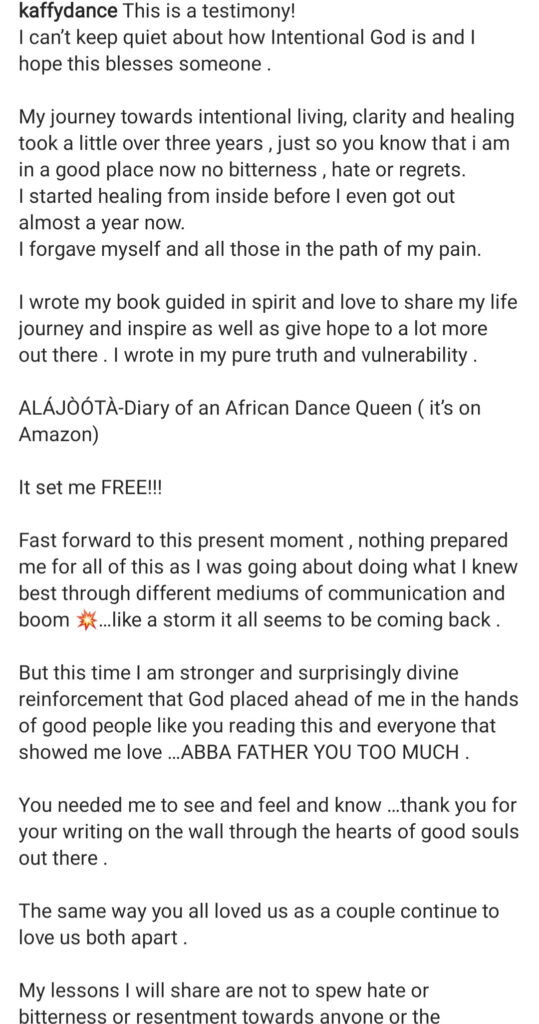 Kaffy also addressed those telling her she’s not qualified to give marriage advice because hers failed.

She told them that when an ex-convict opens a church and begins to talk about God and give lessons from his past life as a criminal, people troop there, yet they tell a divorcee that she cannot give marital advice based on the lessons she learnt from her failed marriage.

Kaffy added that she’s speaking to make people aware of the mistakes to avoid before they go into marriages and to make people better persons so that they can make better marriages.

Addressing those who say divorce will affect the children negatively, Kaffy said kids are sometimes better off when their parents are apart than to be raised in a toxic home.

“I’m a product of a divorce and my parents are not what we call qualified in terms of standard to be raising children with the kind of lifestyle that they were living.

She said that some people may see infidelity as no big deal and say that men will always cheat therefore women should accept it as long as the man is providing.

She made it clear that this scenario is not ideal and should not be seen as the norm.

“There are good men out there who are faithful,” she said. 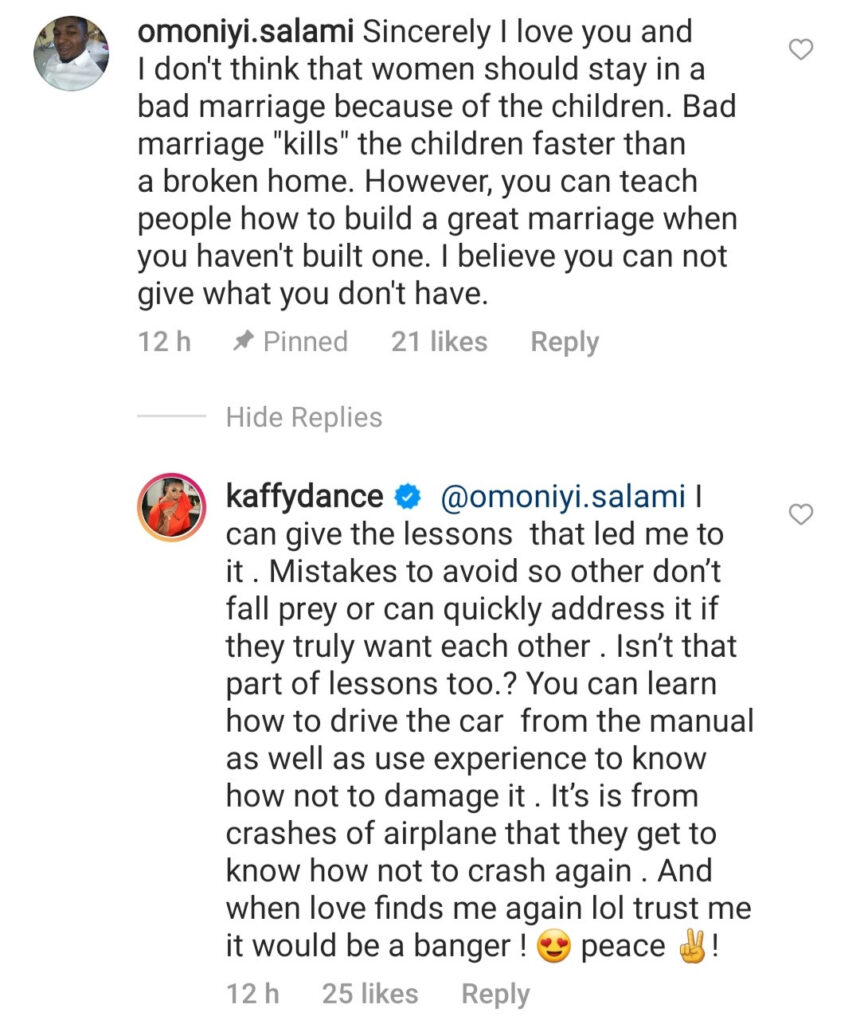