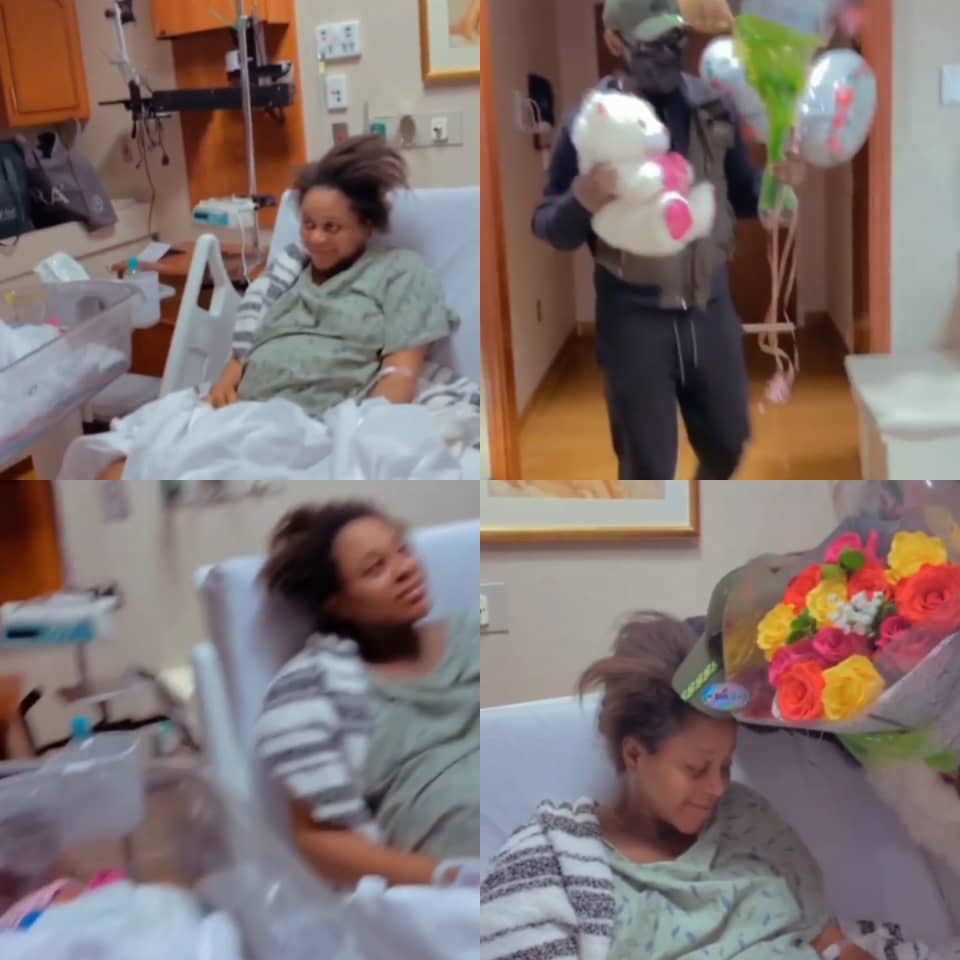 Nigerian Comedian, Ayo Makun popularly known as AY comedian and his wife, Mabel, have welcomed their second child, a baby girl, after 13 years of waiting.

Earlier today, reports had it that a new member had been added to the Makun family and now AY has confirmed the news.

AY with excitement shared a video of his wife and daughter at the hospital to announce to the world that they have indeed added a new member to the Makun dynasty, thanking God for such a blessing after 13 years of prayers.

The comic actor shared the good news on his Instagram page this evening. The super excited dad of two revealed that their new bundle of joy has been named Ayomide.

He also thanked those who have been supportive with their words of encouragement and positive vibes as well as their prayers as they wait upon the Lord for such joy which they are celebrating this time around.

From the video shared, both mother and daughter are doing really well and AY is the most excited father at the moment thanking his second daughter for making him a father again and his wife a mother again, and their first daughter, Michelle a big sister.

READ ALSO: Comedian AY’s Wife, Mabel Makun Calls Out DSS For Ignoring A Petition From Her Family About “Life-threatening Issue”

Thanks to everyone who kept us in their prayers and never stopped feeding us with positive vibes.

Trust in the Lord with all your heart and lean not on your own understanding; in all your ways submit to him, and he will make your paths straight.”

GOD’S TIME IS ALWAYS THE BEST.”

A Big Congratulations to them!