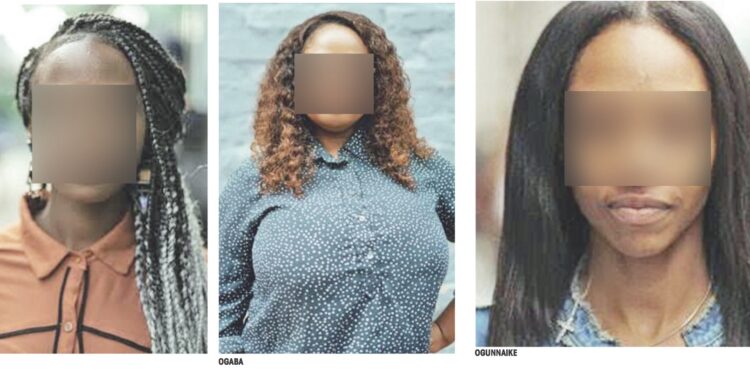 Birth control (contraception) is any method, medicine, or device used to prevent pregnancy.

When Mrs. Peace Ogaba climbed the scale at the gym in her neighbourhood, a sigh escaped her lips. Her sad demeanor prompted her friend who works out with her to ask her the reason for the unusual expression.

Mrs Ogaba looked up at her and her eyes were welled with tears, but she didn’t say anything. Afterwards, Ogaba said she had been adding weight because of the birth control pills she had been taking since 2020.

The mother of four told Daily Sun that she was frustrated about not being able to lose weight like other women because she was planning her family.

Ogaba said before she started taking the contraceptives, she weighed 85kg but now, she weighs over 100kg. She noted that even though she was happy about not getting pregnant now, she didn’t like how her body has changed.

The 42-year-old businesswoman, whose last child is three years, added that she was at her wit’s end. Ogaba said:

“I just wish I could perform a magic and not use these pills anymore. My body doesn’t feel like mine anymore. I feel bloated most times and suffer from terrible mood swings because of the contraceptives I’m using.”

Mrs. Doris Ojukwu will be 33 next month. The mother of two said she recently noticed that she was experiencing frequent stress and anxiety. At first, she said she didn’t think anything of it and attributed it to her work.

Ojukwu recalled that daily, she feels like someone that has been run over by a car and her anxiety levels heighten. She stated that she also became suicidal at some point and it was as if she was living in another person’s body.

According to Ojukwu who started using a birth control pill last year, she said that her body is no longer the same. She added that she has been spotting between periods and this makes her very uncomfortable.

“My doctor told me that this is when vaginal bleeding occurs between menstrual cycles. He also told me that it is the most common side effect of birth control pills. It happens because my body is adjusting to changing levels of hormones,”

Mrs. Rita Essien has been experiencing low libido since she started taking a birth control pill. She said it started like a joke but overtime, having sex with her husband is like climbing a mountain. According to Essien, her sex drive has nosedived and it is affecting her marriage.

Essien recalls that the nurse who attended to her in her family hospital educated her about some of the side effects of the pill. She said the nurse told her that some women might experience an increased libido and taking the pill regularly will remove any concerns they may have had about pregnancy. Essien said:

“I have also been experiencing vaginal dryness since I started taking the pills. Sometimes, the only thing that helps my husband and I when we want to engage in sexual activity is using lubrication. It makes having sex more comfortable.”

SEE ALSO: When To Stop Taking Your Birth Control If You Want To Conceive | Gynecologist Tells Us

Mrs. Bola Ogunnaike got the implant method of contraceptive. It was placed under the skin of her arm. She said this contraceptive uses progestin to suppress ovulation and it offers long term protection against pregnancy.

According to her, the device is about the size of a match stick. It is inserted and removed by a health professional with the use of local anesthetic and can lasts for up to three years.

Ogunnaike said she went for the implant because she doesn’t like taking pills. The mother of three who lost her job during the COVID-19 lockdown in 2020 told Saturday Sun that she was happy she took the decision to plan her family.

“For a few months after I had the implant, my body was in disarray. My mood swings were out of this world. Acne took over my face and I started have irregular periods. It wasn’t funny. I had to go and read up about some of the side effects to be sure I was not sick,”

For Happiness Akpor, getting a contraceptive is a sweet bitter feeling. This was because she had her first child six years after she got married. Now, a mother of five, Akpor disclosed that she needed to do it so that she wouldn’t give birth to children she couldn’t cater for. Akpor said:

“My first child is 12 years old and the last one is two. I had to go get birth control pills to avoid stories that touch. I experience mild nausea while on the pill. Sometimes, I get dizzy and tired but it’s a sacrifice I have to make.”

Akpor said even though she feels sick most times, she had no choice but to go for the pills because her husband refused to use condoms with her. She added that suffering severe nausea is the price she has to pay to plan her family.

Dr. Gabriel Omonaiye, a doctor based in Lagos told Daily Sun that weight gain associated with the use of contraceptives is due to the water retention property of estrogen and a bit of increased appetite. He said:

“So what has happened is that the quantity of estrogen in such pills has been reduced from about 150 micrograms per pill in the 1950s to much more less than now. So the weight gain attributable to the pills is not so much, it could be due to other reasons such as lack of exercise, bad eating habits etc.”

According to him, getting the right contraceptive is easy when women engage the services of health professionals before they go for these contraceptives.

Omonaiye added that appropriate clinical history would be taken, examination done and if necessary, a few laboratory tests too, to determine the best one for the woman in question. He said:

“Unfortunately, many women do not follow this process. Some just walk into a chemist shop and buy whatsoever appeals to them.”

Omonaiye said that the best contraceptive for a woman will depend on so many factors which includes her age, parity (how many times she has put to bed), if she has had all the number of children she desires or not, the presence or absence of any underlying diseases such as hypertension, diabetes mellitus etc, prior uterine surgery, the number of sexual partners, as well as her family history.

He added that the choice of the type of contraceptive should be tailored to suit a particular woman because it is not a one size fits all issue ideally.