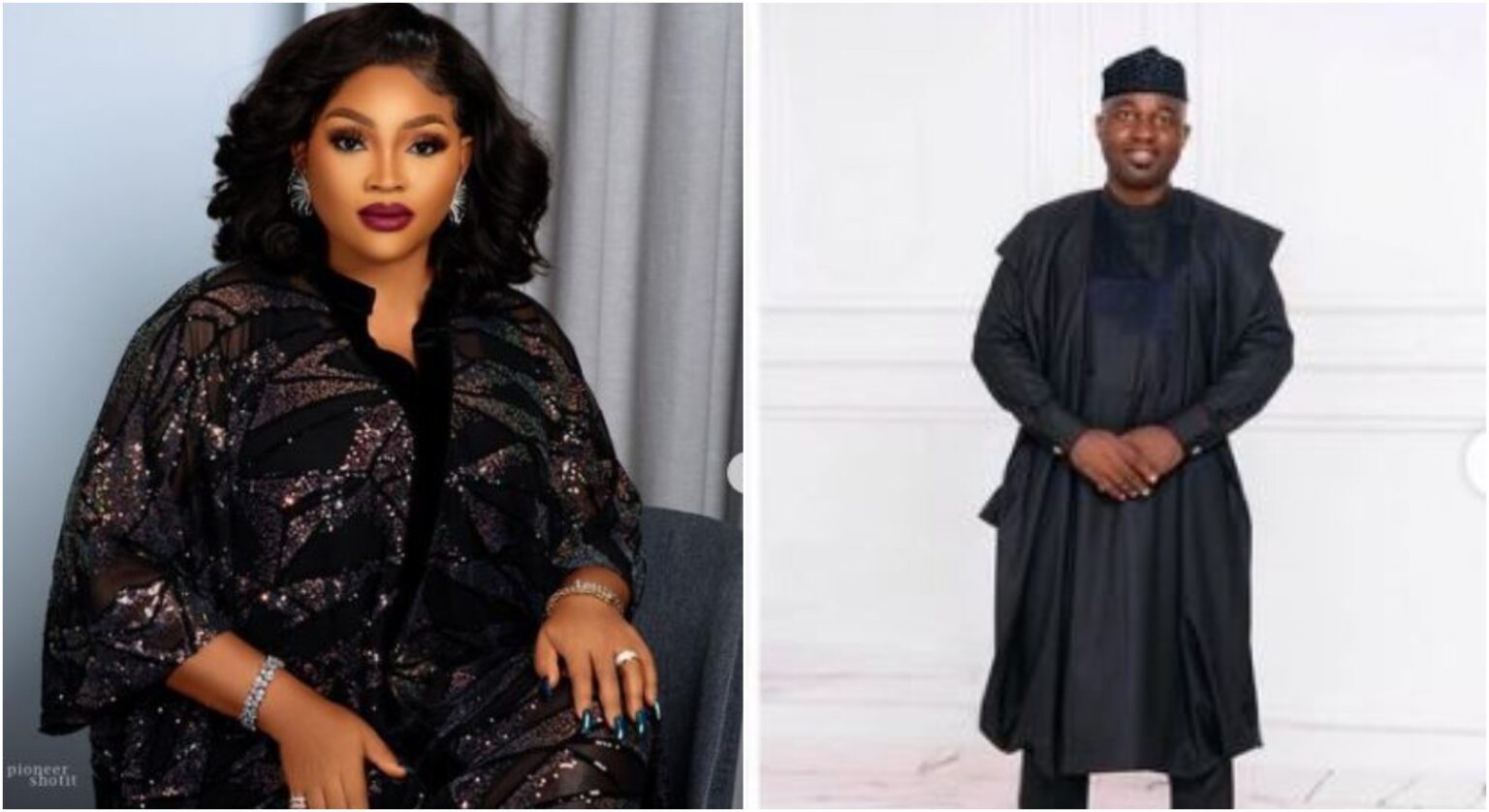 Nollywood actress, Mercy Aigbe has reportedly tied the knot with the owner of Ibaka TV,  Kazeem Adeoti a.k.a Adekaz in a Muslim marriage ceremony.

The mother of two who got separated from her husband, Lanre Gentry in 2017, took to her Instagram page a few days ago to share a glimpse of the man, in a video at his ‘All-White’ party.

In a new development, Instagram blogger Gistlovers has alleged that Aigbe had secretly tied the knot as a second wife. 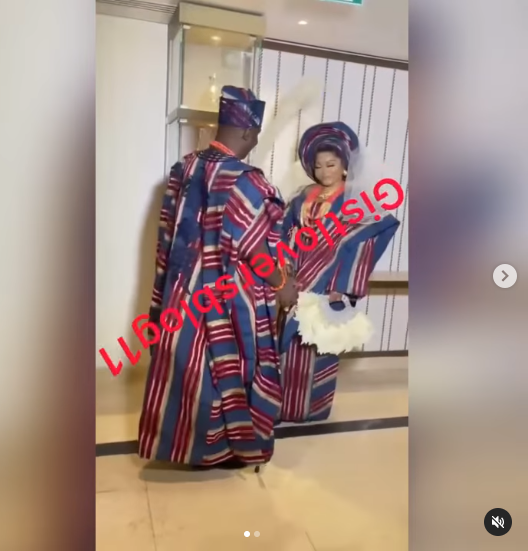 Mercy Aigbe took to her WhatsApp status to celebrate her lover ahead of his birthday on 24th January, thanking him for being amazing. She wrote:

However, popular blogger, Gistlover, made a post alleging that not only is Kazim married, but also has four children with his wife who is said to be abroad. The anonymous blogger also claimed that Kazim secretly married Mercy, making her his second wife. As a Muslim, he’s allowed to have up to four wives. 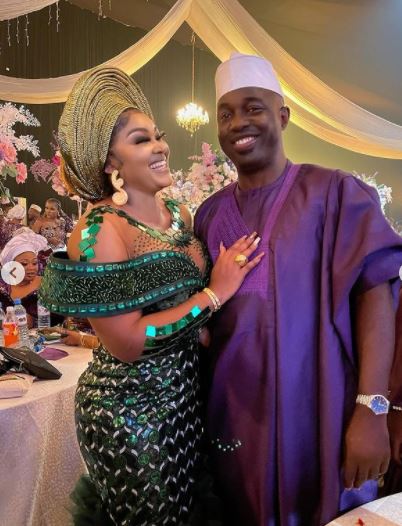 SEE ALSO: Actress/Mum-Of-Two, Mercy Aigbe Defends Herself Against The Backlash On Her Comments About Side Chics And Married Men

“Hello tueh tueh let’s take a short break from mummy G.O matter , Vawulence Headquarters I fear una ooo???una make a whole mercy for Dey wish her married gbola ontop WhatsApp, she nor fit wish am on Instagram she know say una go scatter her page ????as we don post this one now, una go see say she go run wish am, wait on it, flaunting Married men on WhatsApp ?? according to our source sef, as the man wife no Dey naija again, them don do nikkai for mercy codedly , una go Dey do film to advocate say make people no ruin homes, but Na una Dey ruin homes, it is well oooo, i come in peace , Mercy iyawo D owner, Adekaz. Mercy wey no Dey merciful, Igi pawpaw oni wo luwa ooo.” 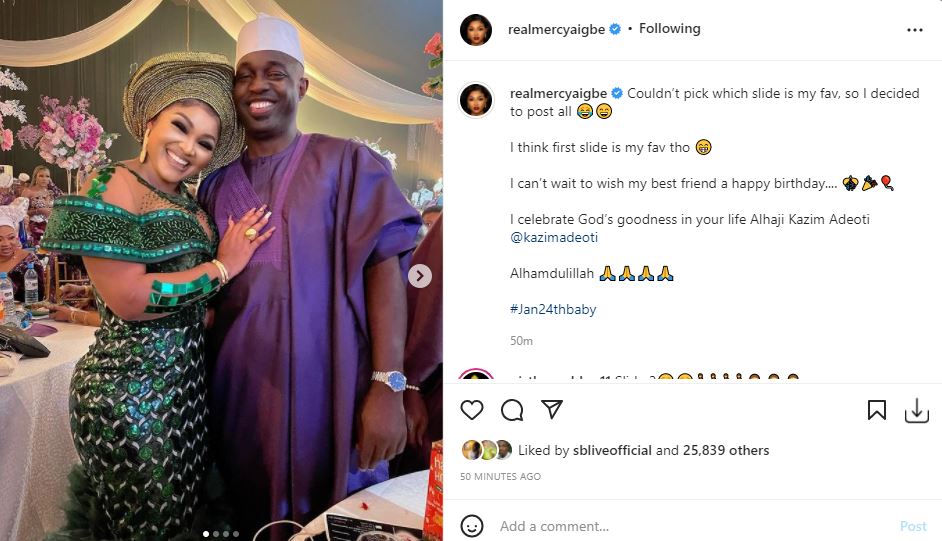 SEE ALSO: ”I prayed, I fasted, I hoped he was going to change…” – Mercy Aigbe Opens up in New Interview (WATCH)

Check out some comments below:

emerie__chris: “Lol u see those so called classy ladies just pray your husband doesn’t meet them cause my sister they ‘go share am with u shamelessly……….it is well ‍♀️”

__ololade__xx: “You left ur husband to become a second wife…Mercy no get mercy oooo”

tobiloba: “This lady left her husband only to end up with someone else’s husband. Two sh*meless individuals, some partners are just not worth sacrificing for. GL really know how to deal with them.”

stanley_ontop: “But I heard is someone’s husband. Nawaooo something Dey happen for Lagos ooooo”

queenbeauty_touch: “These female celebrities will not allow peoples marriages be.. this is so unfair and painful.”

Just last year, 2021, Mercy Aigbe urged her ex-husband to sign their divorce papers. According to her:

“Lanre Gentry is a pathetic liar, he is an unrepentant liar. Does he think people are dumb? How is it possible for me to take him to five courts? How? Why did we go to five courts?

Please, everyone should appeal to him to sign the divorce papers. He has even refused to accept them. We are still married and not yet divorced.

The divorce is not yet finalised. Maybe I should use this medium to appeal, you guys should help me beg him to let me go.” 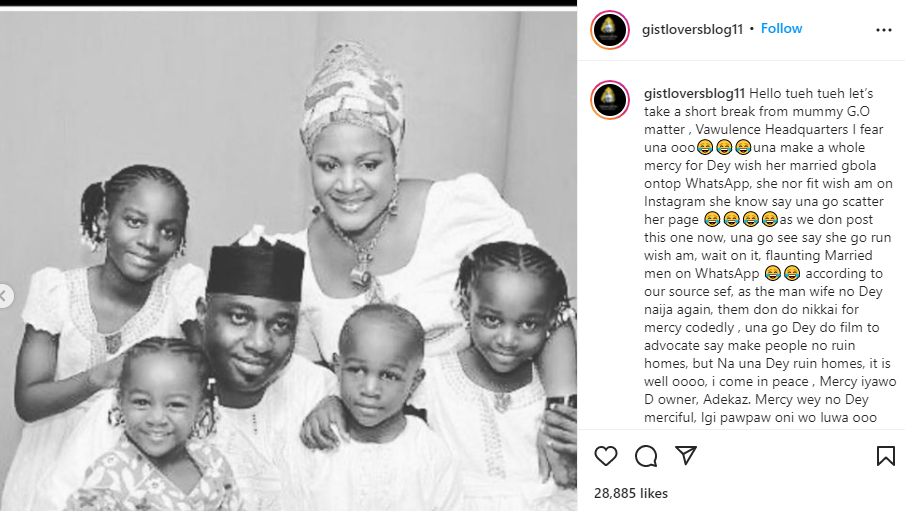