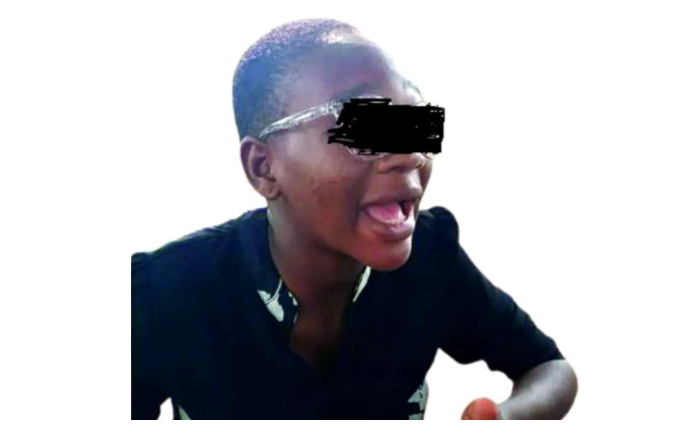 On Friday, the 11th day of June 2021, 16-year-old Senior Secondary School, SSS 2 student, of a government secondary school in Benin, Edo State, Deborah (not real name), left school and boarded a cab to her house on the outskirts of the town but never imagined that the journey would take months.

With two other young girls and a male passenger inside the cab, there was no indication of danger. But as the journey progressed and the cab driver began to take unfamiliar routes, Deborah raised the alarm.

The stern look on the male passenger’s face was enough to tell her that something was wrong. Then came the big warning from the driver:

The two other girls had apparently received the same warning as they were mum throughout the journey.

After travelling for over six hours, Deborah suddenly began to notice that the words on the signposts along the road were in French. When she managed to ask, the driver told her they were in Cotonou, Benin Republic.

“Throughout the journey, we were not allowed to urinate as the driver insisted that the instruction given to him was not to make any stop until we were delivered to a particular destination”.

From Cotonou to Mali

“After a short stop in Cotonou, the journey continued for another three days until we got somewhere where we were handed over to someone and transferred into a long bus going to Mali.

On our arrival in Mali, we were handed over to a lady who told us she is our madam. She kept the three of us inside a room and later brought clothes for us, gave us food and water to drink.”

“At night, the madam gave us some skimpy clothes and asked us to prepare for work. When I asked her what kind of work we were going for, she slapped me saying I ask too many questions. I refused to join them that night and the madam gave me serious beating.

She locked me inside the room for some days without food before she brought me out. She began to bring men into the house to have sex with me.

It was always a painful sex because they usually force themselves on me. Anytime I refuse to sleep with any of the men, the madam will beat me mercilessly and lock me up without food.”

From Mali to Senegal

“After some weeks, the madam said we were going to Senegal. She threatened that since I am not making enough money for her, she will sell me to some people there.

When we got to Senegal, the man that she wanted to sell me to asked to see my palm. When he looked at it, he told my madam to take me back to Nigeria.

The same thing happened when she wanted to sell me in another place. After those two incidents, she started calling me a witch. She said I was useless and that one day she will use a pestle to kill me.”

“Back in Mali, one night, something woke me up and I saw a light. I followed the light till it stopped at the gate. I saw that there was a cut by the side of the gate. I looked around but did not see anybody, including the gatemen. I only saw their mats and every other person was sleeping inside the house so I forced myself through the opening and entered the street and started running.

I ran for a very long time, maybe for like two hours. At dawn, I saw a woman and I greeted her in English and she responded. I told her my story but she said she was scared of taking me with her because she doesn’t know if our discussion is being recorded somewhere but that she can help me to get out of the environment.

She stopped a taxi for me, paid and told the taxi man to take me to a bus station loading passengers to Nigeria.”

“The bus I entered was supposed to take me to Cotonou but the bus stopped in a village. The driver said the bus that will further take me to Cotonou would come in two days. I started crying because I was in the middle of nowhere.

“A sympathizer later gave me her phone to call my mum. My mum who was shocked to hear from me, immediately asked me to send the name of the place to her. Through google search, she discovered that I was actually in Burkina Faso and directed me to an Assemblies of God Church which was not far from where I was.

“I located the church and met the pastor. After I shared my experience with him, he called my mum and allayed her fears. He arranged travel documents for me and some other girls who had also ran to the church. He took us to the Nigerian Embassy in Burkina Faso and after some days, he bought a ticket for us.

When Deborah finally reunited with her 45-year-old mum who is a widow, she didn’t realise that she was pregnant until about two months later.

Narrating to Encounter in Benin City, how her daughter’s pregnancy was discovered, Deborah’s mother said:

“After her return, I took her for medical check-up at the Central Hospital, Benin City and the reports came out positive that she was pregnant.

Scan from two hospitals showed that she was pregnant with twins. Many people advised that we should abort the pregnancy but I refused because it is against my religious belief. Instead, I registered her at the Central Hospital where she started attending antenatal.”

“Sometime in December last year when I came back from hawking the goods I sell, she complained that she was having terrible pains so I gave her paracetamol but her condition worsened. In the morning, I quickly took her to the clinic where they admitted her.

“She kept complaining of pain throughout the night. They said she was having conception pain. In the middle of confusion and panic, she went into labour in the waiting room where she gave birth to the twins prematurely.

“The doctors at the Central Hospital asked us to take the babies to the University of Benin Teaching Hospital, UBTH where they can be placed in an incubator. On getting to UBTH, we were told that there was no space.

“We were referred to Modic Hospital but on getting there, we lost the babies. They died on arrival at the private clinic. At this point, my daughter was still at UBTH and bleeding profusely, the doctors battled to save her life. She bled for two days; throughout that period I was praying to God to save my daughter’s life.

“We bought blood for her and after a few hours, she was stabilised. When she was due to be discharged, I didn’t have money to pay for the medical bills; it was one Otaigbe and other doctors that contributed money for my daughter.”

Still on trail of traffickers

Deborah’s mother further narrated that a cell of traffickers in Benin City are still trailing her daughter to kidnap her for another trip.

ALSO SEE: Nigerian Victims of Sex Trafficking Share Their Tales of Horror to Caution Others

“As we are trying to come to terms with this ordeal, recently, my daughter’s cell phone rang and when she picked, it was the voice of a man asking if she wanted to travel to Kenya. I asked my daughter how he got her number and she said it was from her Facebook.

“The man said if my daughter is willing to be trafficked, she will get a job where she will be paid N100, 000 monthly and that her suffering will be over. He kept calling her repeatedly that his boss asked him to get some girls from Edo.

“He even asked my daughter to assist in getting some girls for him for the journey and come to where he lives to perfect the travelling plans.”

Executive Director, Initiative for Youth Awareness on Migration, Immigration, Development and Reintegration, IYAMIDR, Solomon Okoduwa who drew Encounter’s attention to Deborah’s ordeal, wants prompt action by the authorities against those trying to lure the young girls out and call for support for Deborah’s rehabilitation.

He said the traffickers;

“deceive these young girls and tell them they are taking them to greener pastures but it is not so because they do that against their wish. What our NGO is doing is to see how these victims can be reintegrated into the society.

The government of Edo State set up a task force against trafficking which is commendable, there is NAPTIP and other passionate NGOs and we all collaborate to see that the likes of Deborah are rehabilitated to bring back her confidence, go back to school and then she can also be useful to fight the menace of human trafficking.”