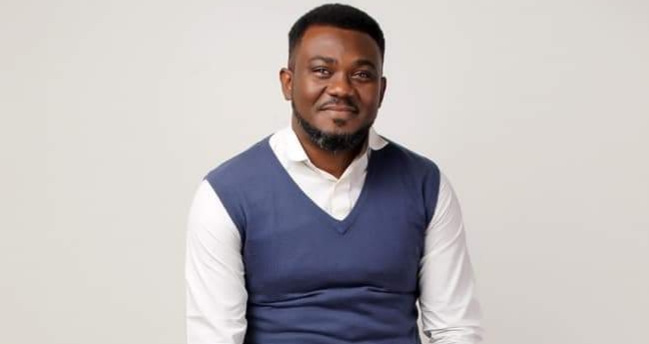 A happily married Nigerian man has advised people to mind the voices they listen to when it comes to marriage.

The man identified as Kelechi Williams Igbokwe on Facebook, gave this advice while recounting a conversation with a man who berated him for not forcing his wife to cook.

Igbokwe had initially taken to the platform to narrate how he went out to eat with his wife because they were both tired at the end of the day, and he wouldn’t want his wife to go through the stress of cooking after a long day at work.

He explained that a man criticized him for it and told him that no matter how tired his wife is, she must cook because he, as a man, has no business in the kitchen.

Igokwe added that the man told him that he was spoiling his wife when he let her get away with not cooking.

In response, Igbokwe resorted to Facebook to warn others about the dangers of taking and acting on bad advice.

READ ALSO: ‘I Have Been Married For Years And I Have Never Cooked’ -Flying Doctors Nigeria Founder, Dr. Ola Brown, Writes As She Reacts To Trending Hot Debate Online 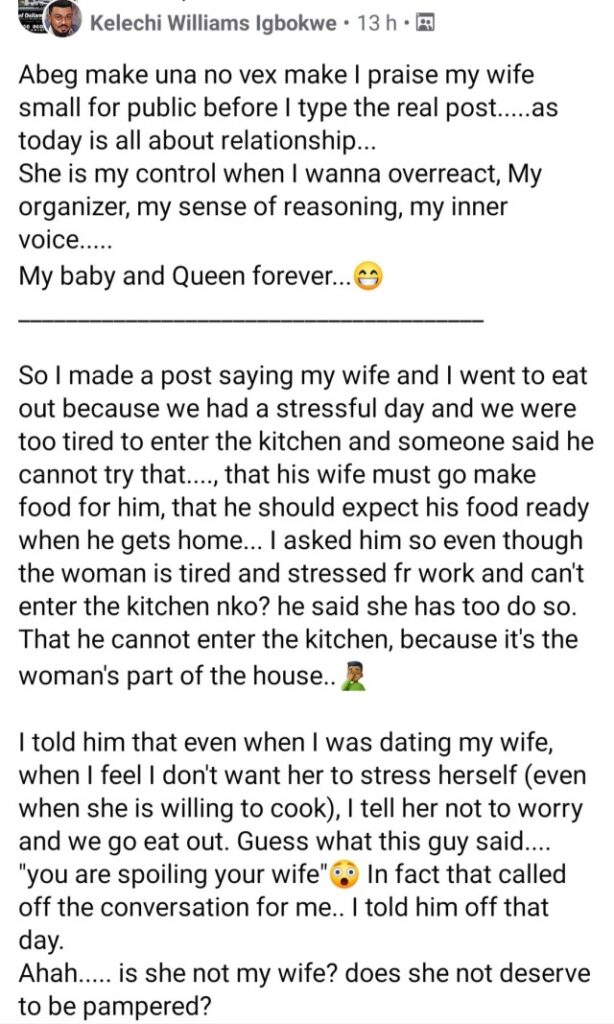 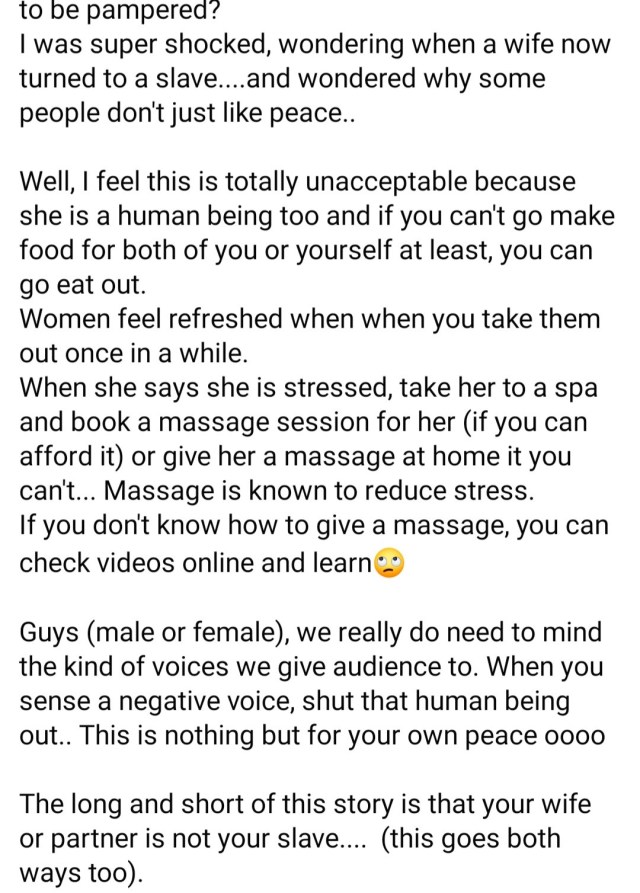