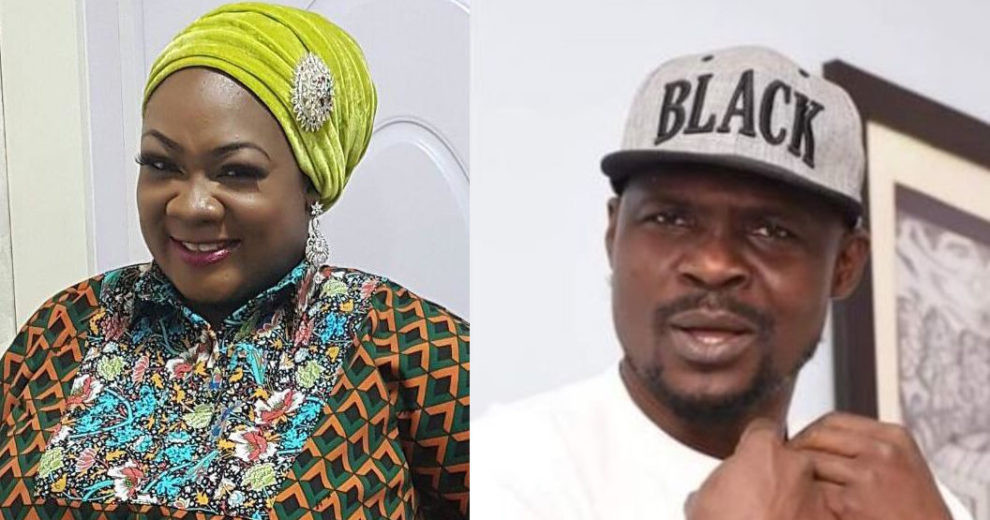 Resolving Misunderstandings And Many More: The Akpabios Share Advice From Their 31-Year Marriage

Olanrewaju James popularly known as Baba Ijesha testified in court on Friday March 4, as his trial for allegedly sexually assaulting a 14-year-old minor who is the foster child of his colleague and comedienne, Damilola Adekoya, popularly known as Princess, resumed.

Princess was absent from court. Her lawyer, O.B Akinde, was, however, present, PremiumTimes report.

The 49-year-old actor has been embroiled in a messy alleged rape controversy with Princess’ foster daughter. Baba Ijesha was arrested on April 22, 2021. He was later released on May 17, 2021, on health grounds.

Baba Ijesha told the court that he met Princess for the first time in 2014. He also said their first encounter was via a telephone call while anchoring his LTV and Lagos Radio program, which streamed every Tuesday.

He said the actress called in during one of his shows and described herself as a die-hard fan. He said:

“Princess called me and said, ‘baba Ijesha, I am a dying fan, even my family, we love you so much.”

The actor also stated that Princess would later call him after the show at about 8 pm.

“I want to join your caucus. Someone advised me to join the Yoruba comic movie caucus. Alibaba is bad, Buchi is bad, and Stand Up Nigeria comedy is not good for me,”

Ijesha said while recounting his telephone conversation with Princess.

Ijesha also said Princess requested his producer’s number, and he obliged. He claimed it marked the beginning of their friendship.

He also mentioned that the first movie he featured with the comic actress spurred a relationship between both of them.

In February 2014, Ijesha said that his friendship with Princess metamorphosed into a romantic one in October 2014.

“While we were at any movie location, Princess would pass the night at my hotel room. I was having issues with my wife at the time. So Princess collected my wife’s number to try to reconcile us.

“I” was expecting to hear from her, but all to no avail. Finally, after three weeks, she called me and said, “Baba Ijesha, where are you?” I” said I was in Lagos. She told me to come to Aguda. When I arrived at Princess house, she asked me to greet her mother. I prostrated and greeted her mother.”

Baba Ijesha further explained that he and Princess’ mum are namesakes even though she is fondly called ‘Ma’a Larne.’

The duo became closer, and their bond grew tighter. Ijesha said Princess’ mum encouraged him to take care of her daughter.

“She said, take care of Princess. I know she is a stubborn girl. I responded by saying that we were only friends, and she asked if I wanted to marry my enemy?”

After her mother endorsed their friendship, Baba Ijesha said he and Princess became intimate. He said:

“Princess always sleeps in my room, and I touch her, she touches me, she kisses me, I kiss her, by that time we were dating.

“I promised to promote her. I can’t do anything to affect her career, and I cannot hurt a woman.”

Baba Ijesha was overwhelmed with emotions and broke down in tears at this point in court. He continued,

“I travelled to check on my wife who went for her masters in London, when I came back Princess called me.

She said she was sick and asked me to buy her fruit. So I drove to her house. I saw her half-naked. I told her the fruit was in the car, so she sent the child Bukumi to collect it.”

Baba Ijesha also narrated the countless times Princess called him ‘her husband’s in public and lavished care and attention on him. He also said before April 19 to 2021 that Princess sent him several WhatsApp messages inviting him to partake in his movie production.

“She has been sending me messages on WhatsApp since April 17, 2021. First, she sent a message on Whatsapp. She said, ‘Hello,’ have a production, and I want you to play a sub lead.”

The actor added that he was in Ogun state when he got the message but rushed down to Lagos on April 19 for the production.

Ijesha claimed Princess told him that the production was a Lagos State Project against Rape, and another actress, Iyabo Ojo, was involved in the production.

The defendant (Baba Ijesha) printed his Whatsapp messages exchanges with the complainant (Princess) with his Samsung cell phone, which he gave the court as exhibits.

Ijesha said that he felt uneasy about the project because there was no script, and it was to be shot at Princess’ house, but she asked him to do a short skit that didn’t require scripts so that she could present it to the producers.

Baba Ijesha was still skeptical about the ‘movie,’ ‘but Princess insisted that they had already rehearsed.

“I asked her what are we going to do, she said we were going to rehearse. So she brought the young girl, Bukumi, and said that I could kiss her, suck her, and pretend to be acting in a child molestation scene.

“When I got to the house that day, I met 12 people, whom I thought were members of the crew, but when we wanted to start our rehearsal, Princess told them to go.

“My lord, all the scenes you saw in that video were acting, and it was a skit.”

The skit which Baba Ijesha was referring to was CCTV footage (See Here), which Princess had presented.

During his hearing on February 17, one of the witnesses in the case claimed Baba Ijesha and the minor were merely acting out a script.

‘I Was Also A Victim Of Linda Ikeji’s Damaging Blogging’ -Celebrity Mum, Toyin Lawani Shares Her Own Story

He said they started acting the rape scene in a dark room that Princess recorded with a phone.

To make the minor comfortable, Baba Ijesha said that he asked the young girl how old she was and if she had a boyfriend, her response was, ‘I am an adult.’

Meanwhile, according to Baba Ijesha’s testimony, Princess, before leaving the room, told the girl, ” remember all that I told you, do it well.”

Surprisingly for Baba Ijesha, while he was in the ‘acting,’ Princess stormed into the room with some boys.

“Suddenly, because the door was open, I saw like eight people enter the room. I thought it was still part of the acting.

She started beating the girl, and all of a sudden, the boys bounced on me and started beating. At first, I thought they were amateur actors, but I knew we were no longer acting when the beating got severe.”

Ijesha said that he realised that it was a set-up when Princess brought out her phone and told him to confess that he had disvirgined Bukumi seven years ago with his car keys.

He said he became scared as the boys would not stop beating him. Ijesha said as an actor, he was used to standing for more than two hours, but after the trauma from the beating, he could barely stand in court while he testified, he was given a seat.

“Princess brought a phone and said,’ you know I love you, agree that seven years ago, you disvirgined this girl. ”

Baba Ijesha added that Princess orchestrated the entire scene and arranged with the police, which landed him in jail.

He emphasised that the entire video was mere acting. He told the court that his relationship with Princess turned sour because he refused to marry her.

Reacting to the charges leveled against him, Baba Ijesha said that he did not molest a minor, nor did he sexually assault her.

He noted that he was only acting according to the directive from Princess.

The actor broke down in tears at some point during the cross-examination, claiming that the evidence he gave in court in his defence was not an afterthought.

He described Princess as a jilted lover, insisting that much evidence existed to show that he and Princess were in a relationship, though such evidence was not tendered in court.

The case was adjourned till March 11 for continuation of defence.