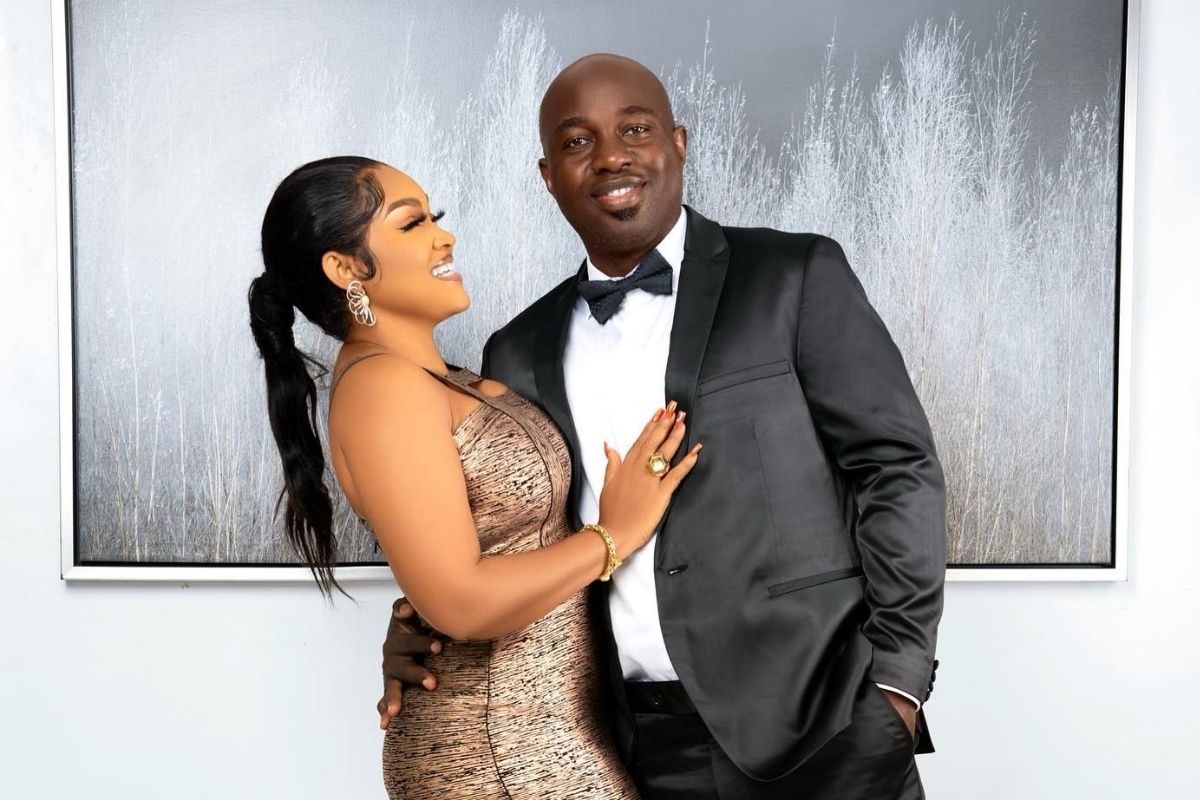 The social media has been agog since Nollywood actress, Mercy Aigbe unveiled her new husband, movie marketer/producer and a married dad of four, Alhaji Kazim Adeoti, popularly known as Adekaz.

Social media users expressed shock and also lambasted the mother of two for marrying a married man and friend of her ex-husband, Lanre Gentry. Adekaz was also not left out.

In reaction, Mercy come out to shut down rumors that her current husband was the friend of her ex-husband.

According to the 44-year-old, in a phone conversation with TVC talk show host, Morayo Afolabi-Brown, her husband is a Muslim and is free to take as many wives as he pleases.

Two days ago, Adekaz’s first wife took to social media to unleash her fury and to slam the couple for feeding the public with lies.

She also revealed that she and Mercy were friends but the “shame” will not let Mercy admit it, and she was the one who introduced her (Mercy) to her now ex-husband (Kazim) and had also invited her to his 40th surprise birthday party.

Just of recent, Adekaz responded to all the backlashes he has been getting since his new marriage became official, giving a major reason he got married to Mercy, despite being married.

READ ALSO: ‘You’ve Been Sleeping With My Husband Since Your Son Was Only 5 Months’ -Kazim Adeoti’s First Wife Calls Out Newly Married Actress, Mercy Aigbe In Bitter Rant

According to Adeoti he is better than other men out there who would rather engage in extra marital affairs in disguise. The Ibaka TV boss maintained that he married Mercy wholly to keep away from ‘fornication’ and keeping multiple sex partners.

Kazim disclosed during an interview with Media Room Hub, further stating that ‘fornication’ is wrong and spiritually dangerous.

“I want to use this medium to educate some people. A lot of married men out there are fornicating, keeping multiple sex partners and their wives are aware and pretending as if they don’t know.

So, which one is better? to marry and do what is morally right or to fornicate? It is wrong and dangerous spiritually and health-wise. A lot of people are hypocrites. When you are bold enough to do the right thing, they complain. I know I have done the right thing. Let my wife be. Thanks.”

His comment about the brouhaha disclosure of the marriage made a lot of Nigerians slam him. One social media user was of the opinion that he couldn’t distinguish between the sinful acts he did before the marriage.

See some of the reactions below;