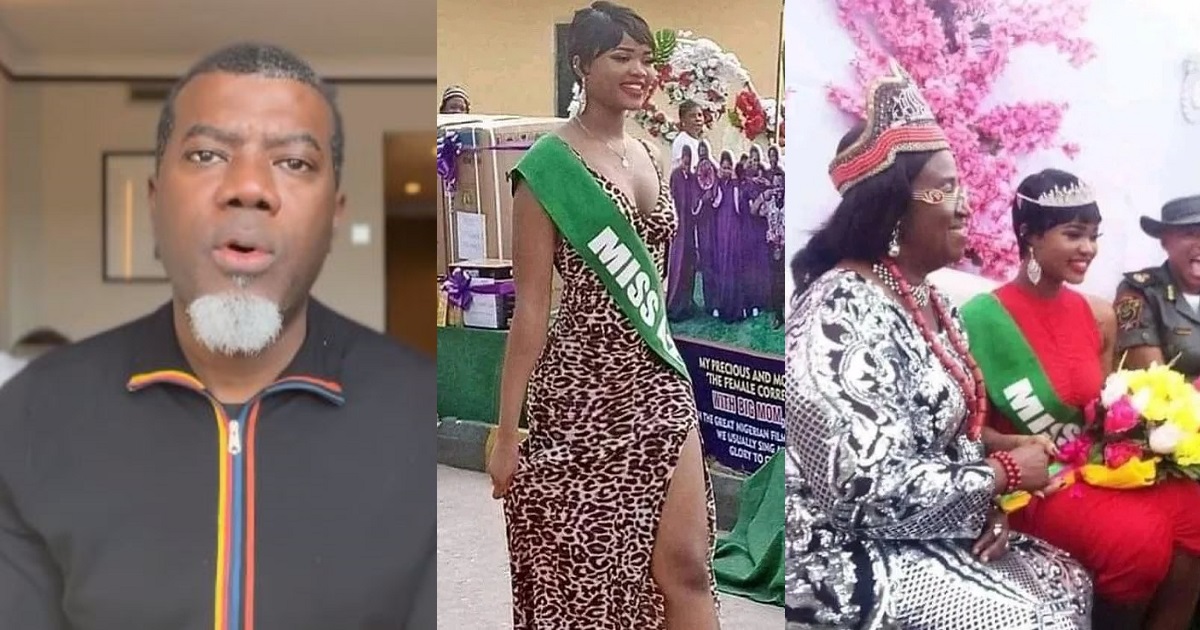 To mark International Women’s Day (IWD) on Tuesday, March 8, a beauty pageant was organized inside Kirikiri correctional facility, where the female inmates showcased their talents.

The alleged killer of Super TV CEO, Chidinma Ojukwu, who is awaiting trial for murder and has been remanded in prison since last year, participated in the pageant and emerged as the winner of the competition.

Photos of the crowned “Miss Cell 2022” found their way to the internet and generated mixed reactions from Nigerians.

Reacting to this in a lengthy Instagram post, the former presidential aide said that prison is a place of punishment and rehabilitation, but once it becomes a place of fun, then the whole purpose is defeated.

According to the social commentator, ”heads should roll” in the Nigerian Prison Center for allowing the murder suspect participate in a beauty pageant at the Kirikiri prison.

Reno, who opined that the act was insensitive, questioned how the families of the late Michael Usifo Ataga would feel seeing his suspected killer prancing about as a beauty queen in prison.

“Prison is a place of punishment and rehabilitation. Once it becomes a place of fun, then the whole purpose is defeated. How would the family of Usifo Ataga feel to see Chidinma prancing about as a beauty queen in prison? That is unacceptable.

Heads should roll! And if heads don’t roll, the question we must ask is whether Chidinma has a prison official zaddy who she is making very happy. Because the state of her hair, skin, the clothes she wore and her shoes are better than 99% of females that are free in the world outside prison!

And the media should stop calling her an ‘alleged killer’. She admitted killing Usifo Ataga on camera. Once there is an admission, the charge is no longer alleged. It is proven. What is in doubt are the circumstances. Did she do it while under the influence of fear, or drugs, or something else which we do not as yet know? But that she did it is fact, not allegation.”

Also reacting to the development, Ossai Ovie Success, an aide to Governor Ifeanyi Okowa of Delta State, advised young girls not to tap into the reported achievement of Chidinma.

“I pray young girls don’t tap into this Chidima Grace. Young girl who murdered someone husband, father and brother being celebrating in Kirikiri.

“I hope some girls will not tap into this grace after Seeing Chidinma Ojukwu, the alleged killer of Super Tv CEO, Micheal Ataga being crowned as MISS CELL 2022 at a beauty pageant held within kirikiri correctional facility to mark the 2022 International Women’s Day.

“The joy in her face will definitely bring sadness to the family of the late Super Tv CEO, Micheal Ataga.”