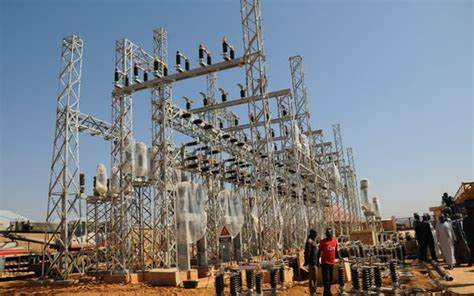 The Federal Government has informed Nigerians that it has restored the collapsed national grid, Daily Trust reports.

Recall that on Tuesday, the national electricity grid crashed to zero following its loss of 1,100 megawatts (MW) from a 3,700MW peak generation earlier.

The announcement of the restoration was made by the Minister of Power, Abubakar Aliyu while speaking to State House correspondents after the Federal Executive Council (FEC) meeting presided over by Vice President, Professor Yemi Osinbajo.

While speaking, Aliyu said there are other challenges that led to the nationwide power outage apart from the issue of the drop in water level at dams.

The minister, who said the challenges were already being addressed, stated that the recent collapse of the national grid had been sorted out.

He listed the challenges that contributed to the current power crisis to include the collapse of the grid, scheduled maintenance of facilities, vandalization of pipelines, the disputes around availability of gas as well as payment for gas contracts between gas companies and power generating companies.

“The more reason we are facing the situation now is as a result of the shortage of gas and some of the generators have to go to maintenance.

It is a scheduled maintenance and it is supposed to be scheduled outage, but we had not envisaged that we will have issues around vandalization of pipelines, which the NNPC has addressed as you can see evidently everywhere, aviation fuel, and petrol in the filling stations. It is a combination of many factors that compounded the problem we are having on the grid.

Basically, the problem around gas. You need to have gas contract between generating companies and gas suppliers- some are form contracts, some are not. We are looking into this and have proffered some solutions in some few days to mature.”

Aliyu also made clarification on the issue of the quantity of generated electricity in the country, saying “we have capacity of 8,000 megawatts – the one on the grid, imbedded and captive. If you combine all of them, you will get these problems that we are encountering. We are on top of the challenge and very soon, we will come out of it”.
1
SHARES
Share on FacebookTweet thisEmail to friends
Tags
Abubakar Aliyu National Grid Restored Power outage
Jumoke Simi March 16, 2022
Recent Posts