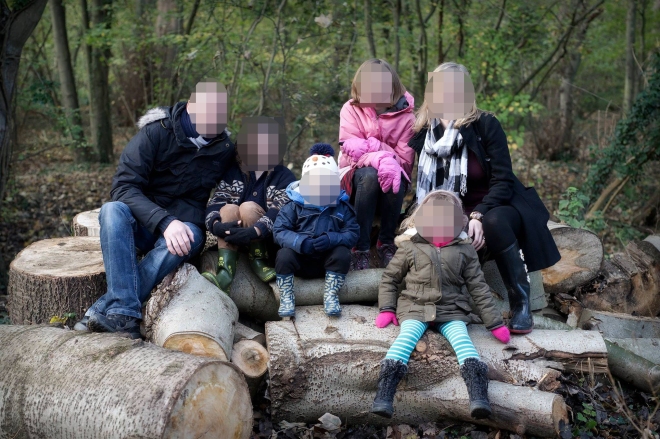 There is a growing trend of newly single women in their thirties and forties dating toyboys.

Reality star and mom-of-four, Kim Kardashian, 41, and actresses Olivia Wilde, 38, and Megan Fox, 35, have all moved on with men much younger than their former husbands– and themselves.

Kim is with comedian, Pete Davidson, 28, Olivia has been linked to 28-year-old singer, Harry Styles for more than a year and Megan recently got engaged to rapper, Machine Gun Kelly, 31.

A man has shared his story after his childhood sweetheart left him after many years in marriage for a younger boy.

The 41-year-old father called David revealed that the mother of his four children was in her late thirties when she abandoned him for a teenager who still lived with his parents.

According to him, this situation affected his self-esteem and made him compare himself to the boy.

The man in the article to hide his identity, shared his story with Nikki Watkins 4 years after his wife left him.

“The grief of a partner leaving you for someone else is tough to take — but especially if their new love is much younger.

“I would know. My former wife’s partner is 17 years younger than me.”

He further revealed that he and his wife met when they were teenagers and married not long after. He loved her and they had the perfect love story, until she fell for a younger man.

“In 2017 my life was story-book perfect. I was married to my childhood sweetheart Daisy (not real name), we had been together for 18 years and married for nine.

“I fell in love at 18, we moved in together at 20, had our first daughter at 23, a son when I was 26, a second daughter four years later and another son followed three years after that.

“While life was as challenging for us as for the next married couple, with four kids in after-school clubs, battling playground squabbles and endless sleepless nights, it was good and I was very much in love.

“But in 2017 I had been abroad on a work trip. When I came back I felt something wasn’t right between us.

“So I took my wife out for a date night and said, ‘I know I’ve known you for 18 years, but I really love you and fancy you.’ She replied, ‘I’m really unhappy in our marriage’.

“I had never felt physical pain from an emotional thing like that before.”

He said that his wife’s revelation made him give up his jobs to spend more time with her but it was already too late.

SEE ALSO: Solo Mum, Sarah Mill’s Explanation To Her Baby On Why She Became A Single Parent At 39 Is Emotional

“She said it was because I wasn’t spending enough time with her: I was a school governor, football coach for my son’s team and a local councillor.

“The next day I quit all of that. None of it was worth it at the cost of my marriage. We tried to move on, with me spending more time at home.

“One name would be mentioned regularly by my wife in conversation, but not for a second did I think anything of it.

“He was only a 19-year-old apprentice in her office — not a threat to me. But three months later my wife went to her work Christmas party.

“She said she would stay overnight with her female friend, to think about what she wanted, relationship-wise, for the future.

“By the end of the night she had posted some stuff on Facebook about them all being drunk. Something didn’t seem right and I had a bad feeling.”

He decided to stalk his wife and, sadly, found out the truth. He explained:

“On an episode of TV show Modern Family, just two days before, I’d seen a character use the app Find My iPhone.

“I’m not proud of it but it was a tense situation, and I used the app to see where she was. I gave her a call, asked her how she was getting on and she said she was at her female friend’s house.

“I felt sick as I said, ‘How come your phone is in a Premier Inn?’ She hung up. I tried calling her back, but she didn’t answer.

“A few hours later she called and admitted she was with the apprentice. She came home the next day. The kids were being looked after by my dad and didn’t have a clue about the upset.

“She spilled the whole story and admitted she didn’t want to be a middle-aged mum. She wanted to be young and free again.

“I asked her to leave, and broke down. I think she felt she was done with all the grown-up stuff and wanted to feel youthful without all the responsibilities of being a parent.

“I continued with life, bringing up our kids while we divorced and she set up a separate home. Her lover was still living with his parents.

“I was so sad, as I trusted her implicitly. It broke me.”

From that moment, he became a single dad, raising their 4 kids. He said:

“In some ways it was very helpful being a single dad of four as I didn’t have time to wallow. Every day, looking in the mirror, I had to tell myself, ‘You’ve got this, you can do this’.”

Despite trying to move on, David said the fact that his ex-wife’s new man is 17 years younger than him made him suffer self-esteem issues.

“I would have been able to understand if it was someone hugely successful my own age or with Zac Efron’s levels of beauty — then he would offer something I couldn’t.

“But to be left for someone so much younger and so inexperienced in life, I saw him as a poor version of myself back at his age. It was embarrassing.

“It was quite emasculating. You’re told men get better with age so I thought I should be getting more attractive, not less.

“I’ve always tried to take care of myself. I do wish she had chosen a grown-up as this person will be a male role model, an influence on my children’s life.

“This bloke is about 24 now and I feel he has no ability to guide them as he is still going through stuff himself. He is just six years older than my daughter. His age never made me feel old and boring.

“I looked at myself and thought, ‘Don’t start thinking negatively. You have hobbies, friends and interests’.

“But it took a while to imprint that on myself, because the love of my life was basically saying I wasn’t enough for her.

“It knocked my confidence massively and I kept thinking, ‘If she prefers him to me what the hell does this say about me? Am I looking at myself through rose-tinted glasses?’

“But I tried to make the best of it and, after four months, I started dating. I made a decision to never, even for a second, bad-mouth her in front of the kids as it is already tough on them.

“She’s their mum and she still deserves their respect.”

David said he and his ex now co-parent their kids. He explained:

“We now co-parent 50/50 and last year her boyfriend moved out of his parents’ house and into hers. This nearly broke me but I’m in a really good place now and making a fresh start. I’m mostly happy.”