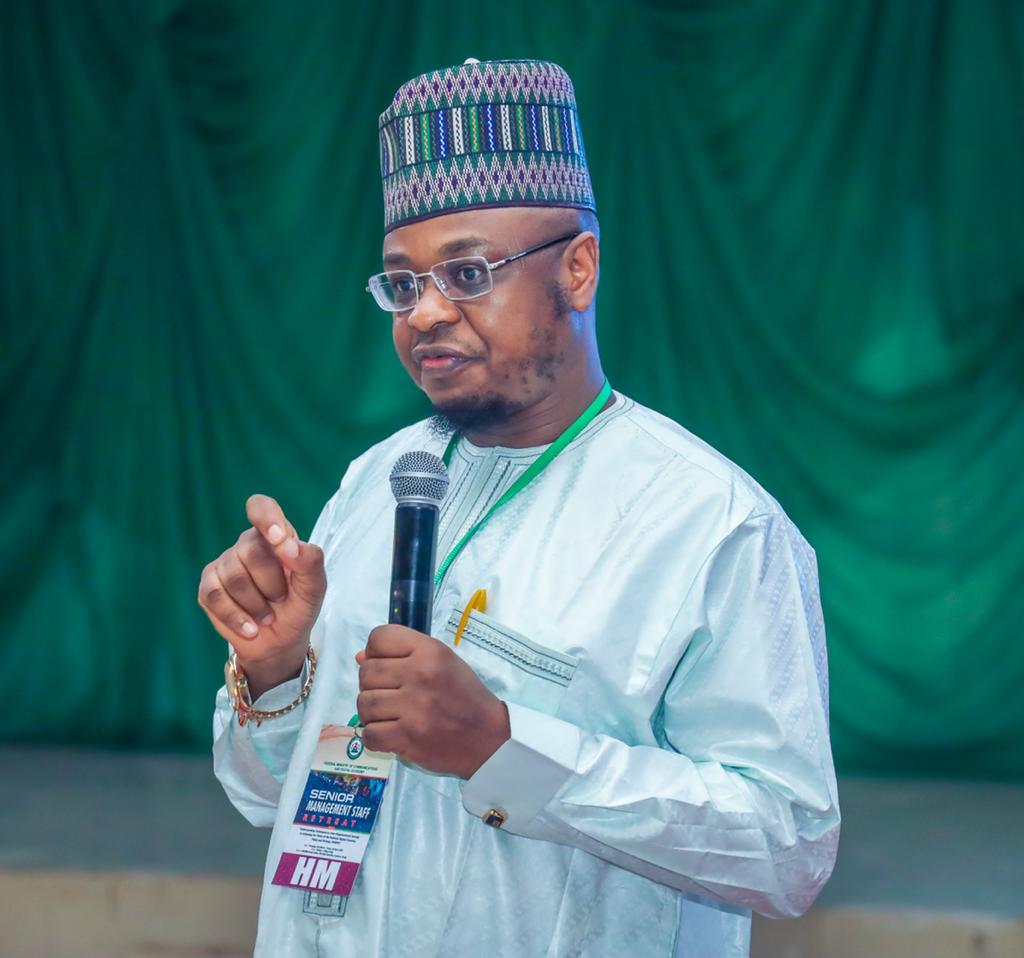 The Federal Government has ordered telecommunication companies to block all outgoing calls from phone lines that haven’t been registered or connected to a National Identity Number (NIN) starting April 4, 2022.

The decision is included in a joint statement signed by Ikechukwu Adinde, Director of Public Affairs at the NCC, and Kayode Adegoke, Head of Corporate Communications at the NIMC.

According to the release, Isa Pantami, the Minister of Communication and Digital Economy issued the directive to Telcos on behalf of the Federal Government.

The Minister stated that over 125 million SIMs have had their NINs submitted for instant linking, verification, and authentication, and that the National Identity Management Commission (NIMC) has granted over 78 million unique NINs.

The deadlines for the NIN-SIM link have been pushed back on multiple occasions so that Nigerians can freely follow the policy. He said that getting a National Identity Number (NIN) is an ongoing process.

He also urged Nigerians and legal residents to visit NIN registration centres for enrolment and the issuance of authentic NINs.

“It would be recalled that President Muhammadu Buhari, GCFR, gave the directive for the implementation and commencement of the exercise in December 2020, as part of the administration’s security and social policies.

The deadlines for the NIN-SIM linkage has been extended on multiple occasions to allow Nigerians to freely comply with the Policy.

The FG also took into consideration the passionate appeals by several bodies – Association of Licenced Telecoms Operators of Nigeria (ALTON), Civil Societies, Professional Bodies and a host of others – for the extension of the deadlines in the past.

Accordingly, Mr President graciously approved the many requests to extend deadlines for the NIN-SIM linkage. At this point, however, Government has determined that the NIN-SIM Policy implementation can proceed, as machinery has already been put in place to ensure compliance by citizens and legal residents.

The implementation impacts on Government’s strategic planning, particularly in the areas of security and socio-economic projections.”

At this point, however, Government has determined that the NIN-SIM Policy implementation can proceed, as machinery has already been put in place to ensure compliance by citizens and legal residents.

Noah Christopher Exposes The ‘Truth’ About The Death Of 14-Year-Old Karen Akpagher Who Allegedly Passed Away From Condom Infection At Premiere Academy, Abuja

The implementation impacts on Government’s strategic planning, particularly in the areas of security and socio-economic projections.

President Muhammadu Buhari has approved the implementation of the Policy with effect from the 4th of April, 2022. Consequently, the Federal Government has directed all Telcos to strictly enforce the Policy on all SIMs issued (existing and new) in Nigeria.

Outgoing calls will subsequently be barred for telephone lines that have not complied with the NIN-SIM linkage Policy from the 4th of April, 2022.

Subscribers of such lines are hereby advised to link their SIMs to their NINs before the Telcos can lift the restriction on their lines.

Affected individuals, are hereby, advised to register for their NINs at designated centers and thereafter, link the NINs to their SIMs through the channels provided by NIMC and the Telcos, including the NIMC mobile App.” 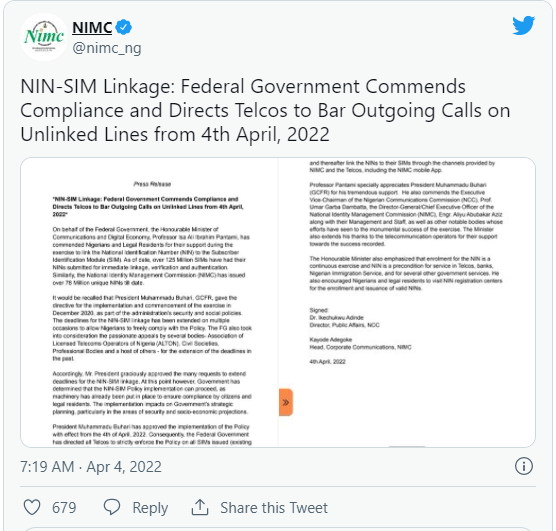