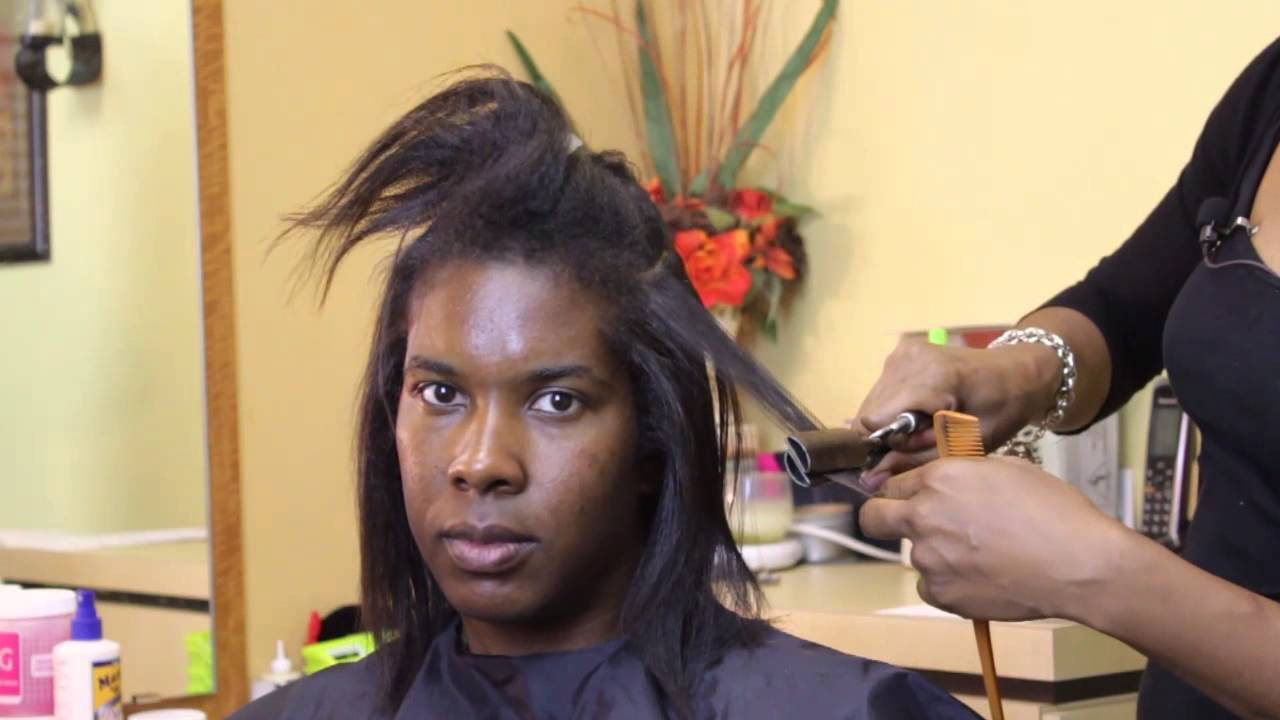 Actor, RMD Comes Under Fire Over His Marriage Advice To The Younger Generation Of Women

A Consultant Dermatologist and Venereologist at the Irrua Specialist Teaching Hospital, Dr. Sebastien Oiwoh, has cautioned against constant relaxing and straightening of hair, noting that it can lead to some form of alopecia.

Alopecia is an autoimmune disorder that leads to the partial or complete absence of hair from areas of the body where it normally grows.

According to the skin expert, the chemicals found in the relaxer can predispose the user to hair loss.

Dr Oiwoh also noted that alopecia can be referred to as baldness or hair loss. According to him, alopecia generally means any hair loss on any hair-bearing part of the body.

Oiwoh stated that while alopecia is commonly reported on the scalp as it is the part of the body with the greatest number of hair, it can also occur in other hair-bearing parts of the body like the eyebrows, eyelashes, beard area, armpits, pubic areas, abdomen, legs, in a person who previously had hair in these areas.

Explaining further, Oiwoh said while there are different causes and types of alopecia, alopecia caused by one’s grooming hairstyle is referred to as central centrifugal cicatricial alopecia.

According to JAMA Network Open, a monthly open-access medical journal published by the American Medical Association, “central centrifugal cicatricial alopecia is a disease characterised by permanent hair loss in the crown region of the scalp, inflammation, and scarring.

SEE ALSO: Jada Pinkett Embraces Baldness As She Gets Candid About Her Struggles With Alopecia

“It occurs almost exclusively in black women aged 30 to 55 years. It is estimated that CCCA may affect up to 15 per cent of black women, but the precise number of individuals affected in the general population is unknown.”

Explaining how the symptoms of this condition manifest, JAMA Network Open said “CCCA presents as hair breaking and thinning in the crown of the scalp.

“The area of thinning hair expands over time and progresses to more severe, permanent hair loss. Some patients experience burning, itching, tenderness, redness, scaling (flaking), and acne-like pimples or bumps in the region of hair loss.”

“Chemical relaxers, straightening of hair, tight braids and other hairstyles, as well as other grooming practices on the hair of an African woman, have been implicated in some forms of alopecia.

CCCA is the most common scarring alopecia affecting African women. It starts from the crown of the head and may cause itching, scales, and pain.

It can result from hair grooming practices although genetic mechanisms have been reported in some Africans.”

Oiwoh acknowledged that there is no one treatment for alopecia that can be applied to all types of alopecia.

He advised that “for the best management of hair loss, the person involved must first visit the nearest Dermatologist.

“The comprehensive care is hinged on knowing the specific type of hair loss that can be gotten through specific questions to know the risks or causes.