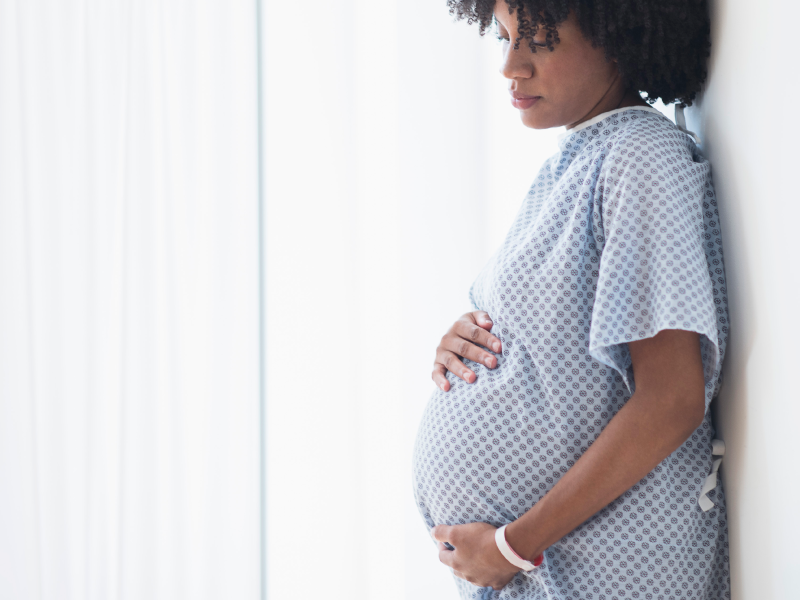 Distraught Mum Speaks Up After Her 10-Year-Old Daughter Was Gang-raped By Her Classmates, Video Shared Online During Chrisland School Trip

Fertility and reproductive health experts have explained that it is unsafe for a woman to get pregnant immediately after having a miscarriage.

The experts explained that after a pregnancy loss, there is a raw wound in the uterus that takes about three months to heal properly.

According to them, medically, a woman is expected to wait for at least three to six months before attempting to get pregnant again.

A Consultant Obstetrician and Gynaecologist at the Living Spring Hospital and Maternity Home, Ejigbo, Lagos, Dr. Joseph Akinde, explained that the reason for the wait is to enable the womb to heal properly, as well as allow the body system to return to its normal non-pregnancy state.

He said in the interim, couples are advised to abstain from sex until the first menses commences after a miscarriage, adding that this usually happens after 28 to 30 days.

Dr. Akinde said after the menses returns, couples are told to practice safe sex until it is safe to get pregnant again.

“Following the return of the menses, the couple can have sex during the safe period or use a condom in the alternative to avoid pregnancy until three months after the miscarriage.”

The consultant gynaecologist, however, noted that the recovery period for a miscarriage varies among women. He added,

“Recovery period will depend on whether it is a straightforward miscarriage or a complicated one, and it varies from one individual to another. But usually, by three months, they can start planning for another pregnancy.”

Dr. Akinde advised that in order to avoid having another miscarriage, the woman should visit a gynaecologist as soon as she observes that her menses has stopped.

The one-time chairman, Society of Gynaecology and Obstetrics of Nigeria, said there are medications that can be given to prevent the occurrence of another miscarriage. He stated further:

“There are medications that may have to be administered if the miscarriage is proven to be due to some deficiencies. Such medications help to prevent another miscarriage.”

READ ALSO: Your Repeated Miscarriages Might Be As A Result Of Untreated Gonorrhea: Experts Give Insight Into This Situation And How It Can Be Tackled

A specialist at the Obstetrics and Gynaecology Department, Nisa Premier Hospital, Abuja, Dr. Azeezat Bakare, said trying to get pregnant after a miscarriage depends on a number of factors. She said:

“Generally, it is expected that a woman should wait for at least one menstrual cycle after the incident before trying to conceive again. Sometimes, she might need to wait for three to six cycles.”

She also suggested that when a miscarriage occurs, the cause should be thoroughly investigated to avoid future complications. The expert added:

“The advice is that the cause of the miscarriage should be investigated so that if it is something that requires treatment, it can be addressed before she conceives again.

“If it is something that requires monitoring, she would be properly monitored. Most times, the cause may be unknown and in this case, there really isn’t much one can do.”

Dr. Bakare advised women to always have pre-conception care and to register early for antenatal to increase the chances of carrying the next pregnancy to term. She said:

“There are pregnancy hormone support medications that can help improve the chances of carrying a pregnancy to term.”

A Lead Counsellor at Brillar Therapy, Mrs. Fehintola Daniels, said women tend to develop post-traumatic stress disorder after pregnancy loss, adding that it could be physical, emotional or psychological. She said,

“Some may not want to eat, while others may be angry with God and refuse to go to church or the hospital. They become frustrated and lots more.”

The therapist said a woman that just had a miscarriage should see a therapist, seek for emotional and moral support, especially from friends and family members. She added,

“Healing is individualistic, for some, it may take a while, and for others, it could be fast. The woman should acknowledge the pain, mourn the loss, seek therapy, and engage in physical exercises and self-care activities. She should also eat well and drink lots of water.”

ALSO SEE: What Martha And Doshima Want Fellow Women To Learn From How They Healed From The Scars Of Heartbreaking Miscarriages & Stillbirths

According to the World Health Organisation, miscarriage is the most common reason for losing a baby among women.

“Pregnancy loss is defined differently around the world, but in general a baby who dies before 28 weeks of pregnancy is referred to as a miscarriage, and babies that die at or after 28 weeks are stillbirths.

It can be difficult to know what to say when someone you know loses a baby in pregnancy, but sensitivity and empathy can provide support and allow space for people to talk about how they feel.

The experience of losing a baby may differ around the world, yet stigma, shame and guilt emerge as common themes.

A woman that has had a miscarriage can go on to develop mental health issues that can last for months or years, even when they have gone on to have healthy babies.

We know how to save more babies from dying in pregnancy. This can be done by improving access to antenatal care (in some areas in the world, women do not see a health care worker until they are several months pregnant), introducing continuity of care through midwife-led care, and introducing community care where possible.

“Every year, nearly two million babies are stillborn, and many of these deaths are preventable. Integrating the treatment of infections in pregnancy, fetal heart rate monitoring and labour surveillance as part of an integrated care package could save 832,000 babies who otherwise have been stillborn,”