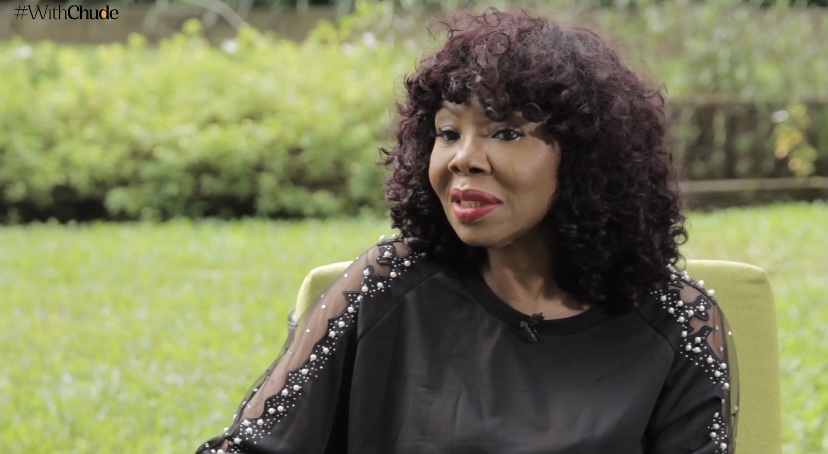 Cost Of Data, SMS And Calls To Go Up As Telecommunication Companies Propose 40% Tariff Hike

Nigerian publisher, Betty Irabor, has shared some wise words with single ladies and men in relationships.

In a thread shared on her Twitter handle, Mrs Irabor warned singles against making sacrifices in their relationships with the expectation of a favorable outcome.

According to her, making sacrifices in a relationship should be voluntary and not with the intent for coercing the other party’s emotions to do ones bidding.

The mother of three who has been married for over 37 years also pointed out that overcompensation to make a relationship work can be mentally draining.

Below is her full thread…

“I was having a “Counselling” session with a young lady the other day and she wouldn’t stop talking about how her ex of 18 months used and dumped her after all she sacrificed for him.

While this is very unfortunate, I would like to say that every relationship is a risk and there are no guarantees that most will lead to marriage even when he has put a ring on it.

Sacrificing for your boyfriend, girlfriend, lover or husband should be a choice or decision you make without expecting to be rewarded for it. It should be voluntary.

Many people expect these ‘sacrifices’ to influence favourable emotions, loyalty, commitment but we all know how some of these have played out. Many mothers gave up their dreams for their “intended” in those days;

Took on extra jobs to give their partners opportunities, good education and still ended up with nothing. My take on this is; if you are making all those your ‘sacrifices’ to force a reciprocity of your affection with the intent to take your relationship to the next level.

You may be setting yourself up for a heartbreak and these types of unhappy endings… There are no “sacrifices” that can force anyone who is not ready to be with you to be with you.

Those ‘sacrifices’; your money, your time, your affection and playing wife will be nothing but ‘SAARA’ (which means an act of generosity in Yoruba language) Overcompensating to make a relationship work is mentally draining.

It takes two to have a healthy relationship. If you are the only one doing the giving and adjusting to fit into your partner’s schedule then you are in a relationship all by Yourself.” 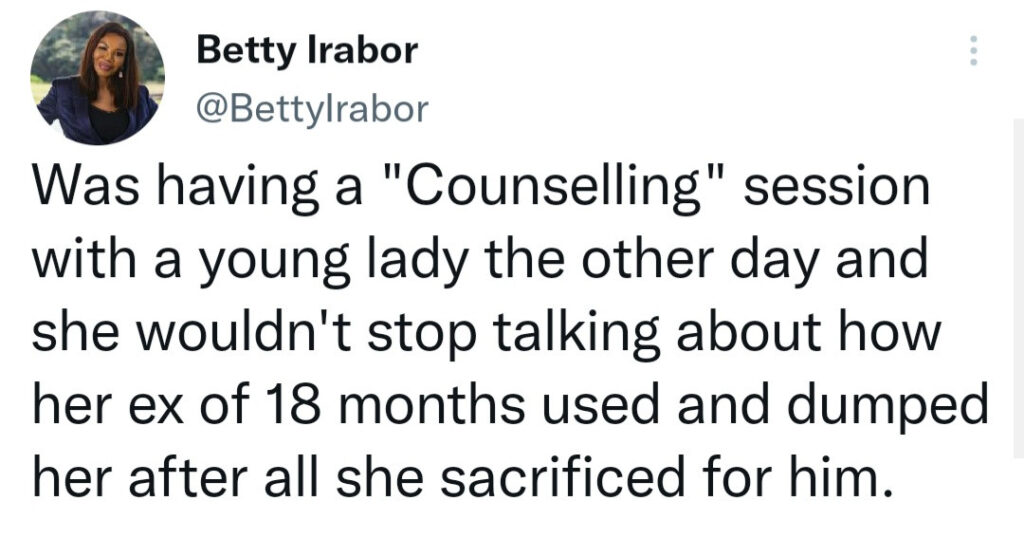 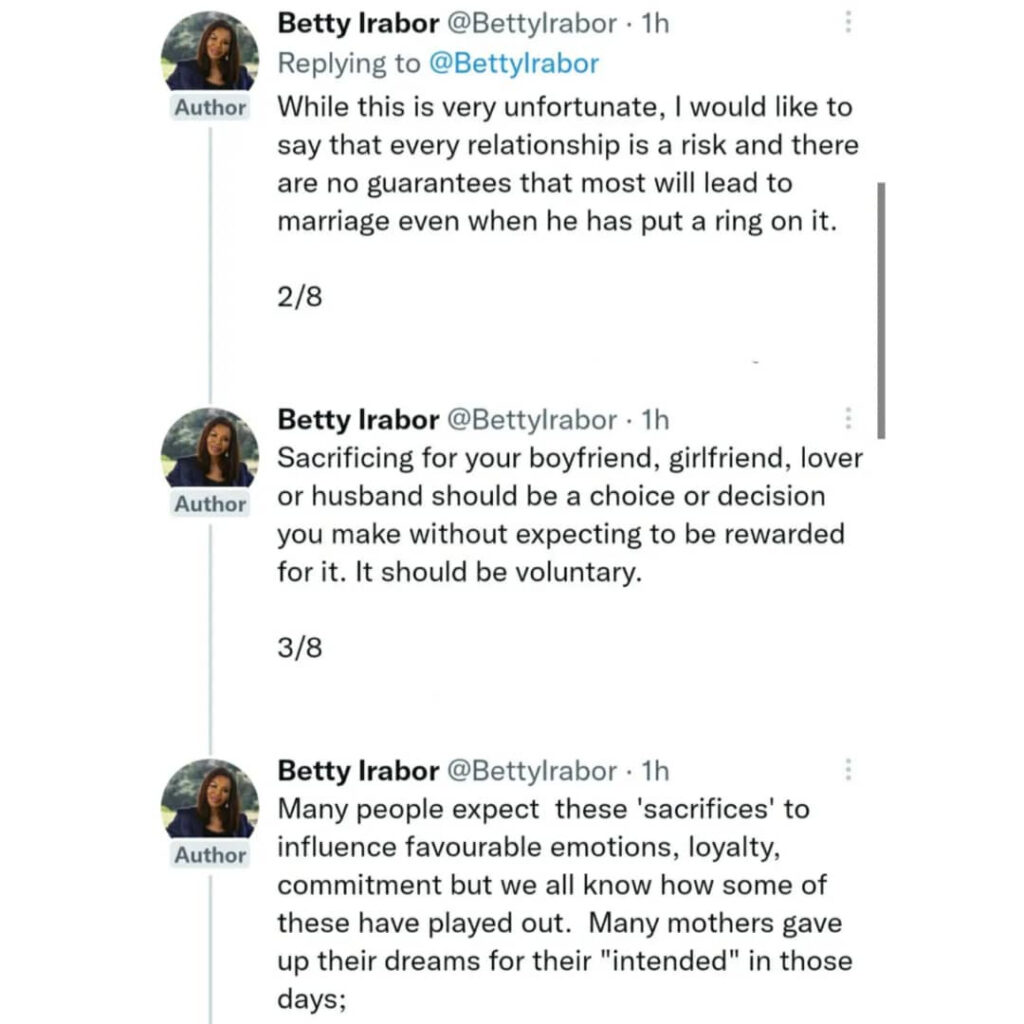 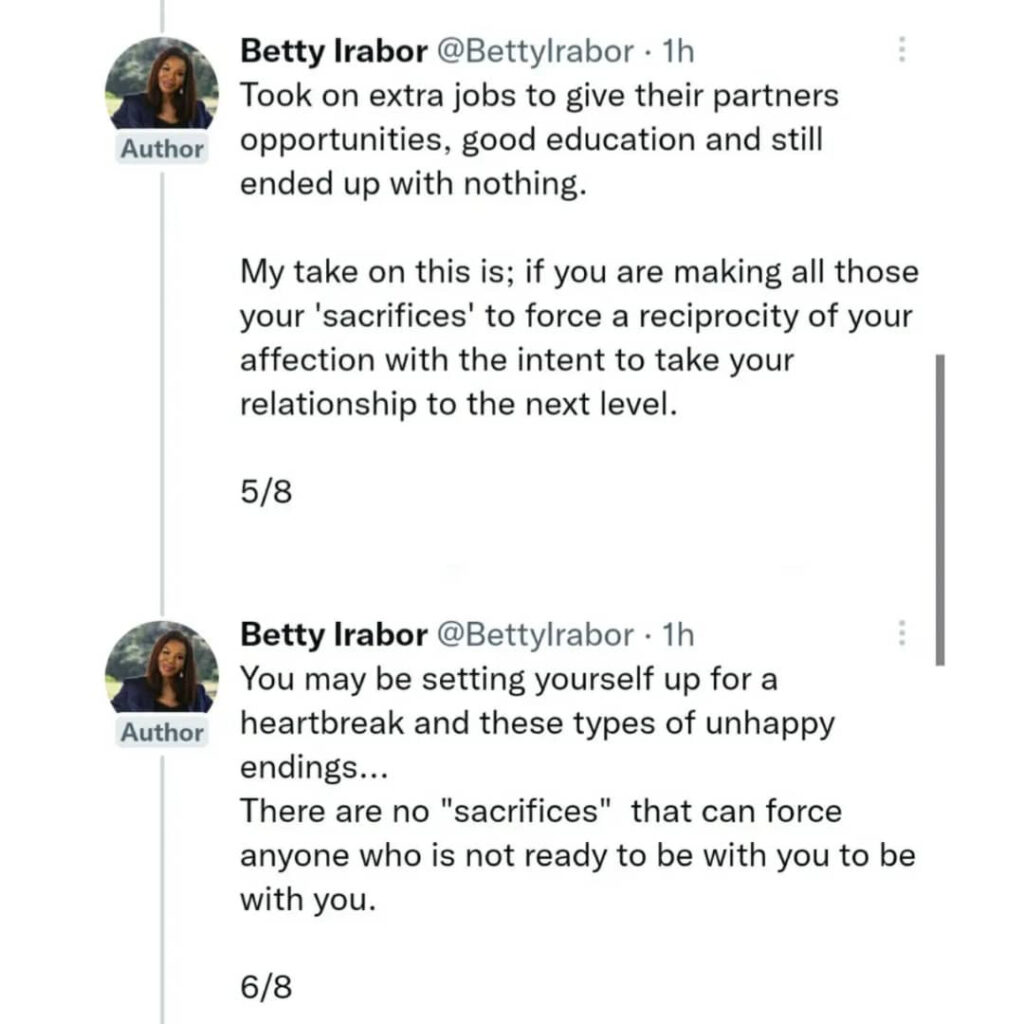