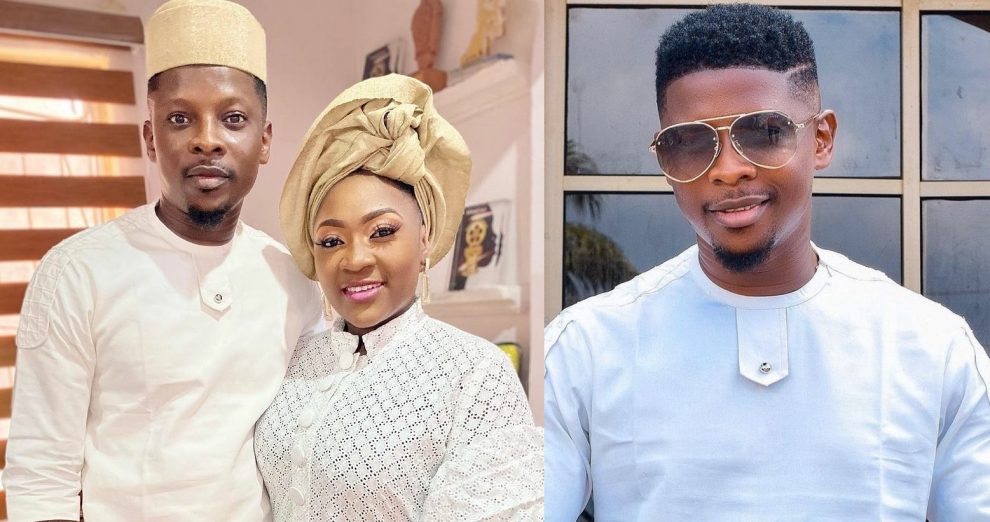 Nigerian actor, entrepreneur and film producer, Rotimi Salami in a recent interview with PUNCH opened up on his marriage, career and more. Enjoy!

I met my wife on the set of a series titled, ‘Dear Mother.’

I love her confidence. She is smart, brilliant, beautiful, and physically endowed. She supported my career big time despite the fact she was a thespian. She had to let go of acting for a while for the family.

How long was your courtship?

Our courtship lasted for three years before I proposed.

Was your relationship smooth all through courtship?

We had ups and downs a few times. We fell out at some point and got back together. No road is always smooth. If it were I would not have proposed because I would have been scared.

We also got to a point where we had to choose who to step down for the other because I did not want both of us to be in the industry at the same time.

At what age did you marry?

Were you prepared for marriage when you got married?

Honestly, I was preparing for marriage unknowingly. But I made the decision overnight that I was ready to go on the journey.

What memories can you recall when you were planning your wedding?

I cannot forget the disappointment I encountered from three advertising agencies that were meant to pay me for the jobs I did for them.

My hopes were closing up and I did not have any plans until 12 days before the wedding when money came in. I did not allow it to traumatise or torture me. I believed if it was meant to happen then it would be sorted.

It was big anyways and somewhat elaborate. It rained heavily on the day and the field we used was filled with well-wishers despite the rain.

How do you balance your career and marriage?

Thank God for technology and an understanding wife. We communicate a lot via video calls when I go to movie locations. Every opportunity I get off work I make sure I spend it with my family.

How does your wife handle the attention you get from female fans?

My wife is psychologically fit to handle the attention and she does not make me feel bothered. I would not say she isn’t the jealous type. But she is prepared for it and does not see it as a problem except it’s getting too clingy.

What do you think are the ingredients for a good marriage?

The first thing to look out for is to ensure you both love each other. The peace one finds with one’s spouse matters a lot. Prayer is a key ingredient. One has to learn to make sacrifices and trust yourselves. For one to access a good life, one needs to work for it.

What projects are you currently working on?

I’m working on a couple of projects in both English and Yoruba movies. There is a particular one coming on African Magic Urban, titled ‘Jack Of All Trades.’