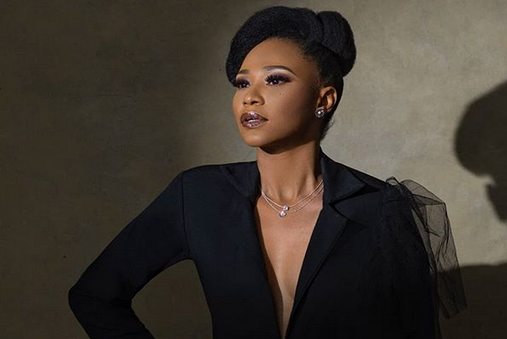 Nollywood sweetheart, Nse Ikpe-Etim, has expressed how she felt when she found out she could not bear children of her own.

According to the 47-year-old happily married actress, in an interview with media personality, Chude Jideonwo, she felt inadequate as a woman upon realizing she can’t have kids.

The multi-award winner had earlier revealed that she underwent a hysterectomy, which is the removal of the uterus to have a life again after she was diagnosed with adenomyosis (which implies that the inner lining of her uterus breaks through the muscle wall of the uterus which left her with the only one choice).

During the interview, Nse stated that she didn’t feel ashamed about her condition but only felt inadequate as a woman. In her words:

“I didn’t feel shame, but inadequacy, I felt inadequate as a woman because every time it was mentioned I would remember. So that’s what it was. Shame, I’m not ashamed.

The least that I would be but I’m thankful for how I was brought up, we don’t tie shame to ourselves. We live through life fully and that’s how it is.

My husband had stood by me through all of this because that’s the way it’s supposed to be when people say oh we need to really be thankful for.

What really happened?? This is us, you walk in there as it’s a partnership, what comes good, bad, ugly, it’s us just let it be.”

SEE ALSO: Star Actress, Nse Ikpe Etim Spills On Her Journey To Healing After Battling Adenomyosis & Getting a Hysterectomy

Nse further mentioned that adoption was on the table for her and her husband, Clifford. The actress further described herself and her partner as ‘dog parents.’ She added;

“When it comes to adoption, you can never say never, but my partner and I are dog parents. People should be allowed to live, what else? We are okay! And nothing defines you, not one thing defines you.”

On battling with depression, Nse said;

ALSO SEE: Why “It Is Extremely Ignorant To Expect All Women To Eventually Be Mothers.” – Nse Ikpe-Etim On Motherhood Being A Choice

Nse got married in 2014 to her high school sweetheart, Clifford Sule who she reconnected with years later.