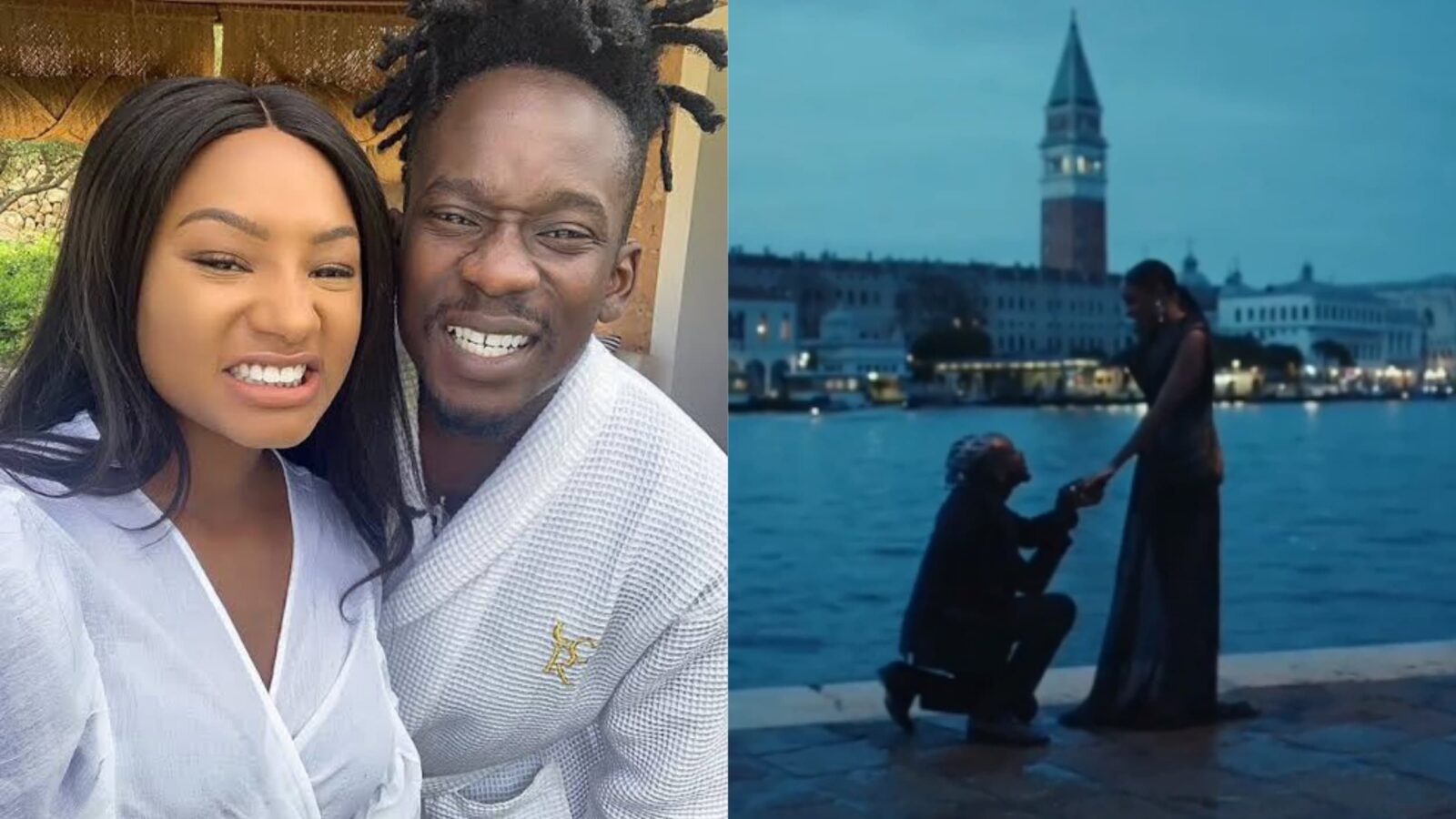 Nigerian actress, Temi Otedola who also happens to be the daughter of billionaire businessman, Femi Otedola, has revealed how she knew that her fiancé, Oluwatosin Ajibade, aka Mr Eazi, was the one for her.

On April 10, 2022, Mr Eazi popped the question to which Temi said Yes, she then took to social media to post a video of the proposal, which took place in London.

Speaking in a recent interview with Beat FM on Friday, the 26-year-old talked about her relationship and wedding plans.

According to Temi, she feels a sense of peace with Mr Eazi; a feeling that she hadn’t experienced with anyone else. She also noted that she couldn’t describe how she felt when she was around the singer.

“It is not something about him. It is just a feeling; a sense of peace I can’t feel with anyone else. It is a feeling like one has found one’s best friend and soulmate. I don’t know how to describe it. It is just like home.”

Describing her engagement ring as ‘rocky’, Temi stated that before she starts planning her wedding, she wants to enjoy being engaged.

“I feel like before one starts planning for the wedding, one can just enjoy being engaged. That’s great. I miss my fiancé but it’s all good.”

She also noted that though she hasn’t started wedding plans yet, she was already saving pictures of wedding items on her phone.