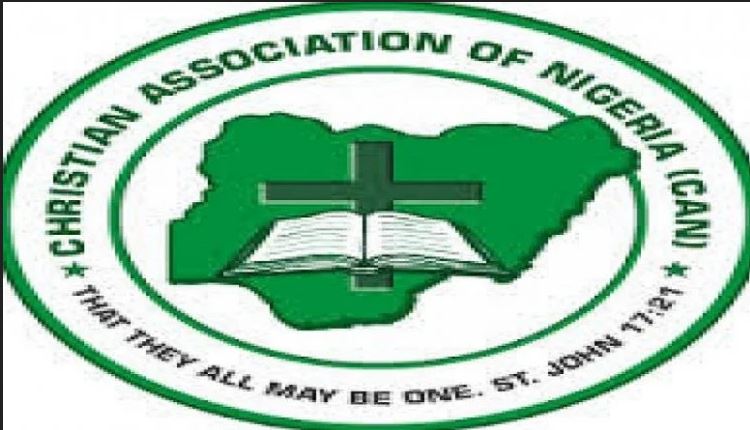 The Christian Association of Nigeria, 19 Northern States, and Abuja chapter, has directed Christian leaders in the country to terminate their participation in the activities of the Nigerian Inter-Religious Council, until their counterparts of Islamic faith show commitment to tame their followers on equal terms.

The organisation also called on all Christian parents across the country, especially in Northern states, to discourage sending their children to any school in Sokoto State.

CAN say the directive to parents would continue, pending when the Federal and State governments would be ready and willing to secure the lives of its children both in Sokoto and other states that had been hostile to Christians and Christianity.

The Public Relations Officer of CAN (19 Northern States and Abuja), Chaplain Jechonia Gilbert, have the directives in a statement issued in Abuja on Sunday titled, ‘Deborah Samuel: No cover-up, assailants must face judgment.’

The organisation was reacting to the brutal killing of Deborah Samuel by Muslim fundamentalists at the Shehu Shagari College of Education in Sokoto over alleged blasphemy against Prophet Mohammed.

Deborah, a 200-level Home Economics student of the school was said to have made a comment on her school’s WhatsApp platform which her Muslim colleagues considered to blaspheme Prophet Mohammed.

As a result, she was killed with stones and planks on Thursday, May 12, and her body was set ablaze. CAN warns the faith who kill to please their God to exercise restraint because “those tried it in Egypt and their experiences should be enough warning.”

“There is a Red Sea awaiting them, even those who are secretly encouraging them, must partake in the Red Sea experience”,

Gilbert condemned the killing of Deborah Samuel, describing it as, “gruesome and barbaric.” He said,

“While CAN does not and will not encourage casting aspersions on any Religion or religious leader of any faith, CAN frowns at hiding under the gab of any religious extremism to perpetrate any form of criminality against her members especially in Northern Nigeria.

God Almighty is not and can never be a weak God for mere mortals to fight and defend Him. On the contrary, it is He who keeps, watches and defends us. CAN believe that life is sacred and must never be taken by another unless as directed by the State.

The CAN (19 Northern States and Abuja) is calling on the Federal Government under the leadership of President Muhammadu Buhari and the Sokoto State government under governor Aminu Tambuwal not to resort to the government usual rhetoric but must demonstrate political will and capacity to bring the perpetrators of this criminality to justice; otherwise, others may take queue from this and turn our father land to a country of lawlessness at every slightest provocation.

CAN believes that Nigeria is a country governed by the rule of law and order. Therefore, any act of lawlessness and criminality must not be swept under the carpet.

CAN, 19 Northern States, is calling on every Christian parents across the nation especially, Northern states to discourage sending their children to any school in Sokoto State, pending when the Federal and State governments are ready and willing to secure the lives of our children both in Sokoto and other States that are hostile to Christians and Christianity.

We are urging all Christian leaders to terminate their participation in NIREC, until their counterparts of Islamic faith show commitment to tame their followers on equal terms.

Northern CAN prays for the immediate family and indeed the church of the late Deborah Samuel not to lose hope in God’s ability to avenge the killers of their daughter. We appeal and counsel those who feel and think that killing and oppressing Christians is a demonstration of their service to their God to learn from history.

Those that tried it in Egypt and their experiences should be enough warning. There is a Red Sea awaiting them, even those who are secretly encouraging them, must partake in the Red Sea experience.”

One of the students of the college, who witnessed how Deborah was flogged, stoned to death, and burnt described the scene as the most horrible she has ever witnessed.

The student who identified herself simply as Rakia, gave an account of how the voice note of the 25-year-old student degenerated into an uncontrollable situation.

Speaking to Vanguard from her parents’ home in Gidan Kaya area of Sokoto State, Raki said:

“Deborah was my course mate. I just stepped into the class when the uproar on her voice note started.

It was her own course mates that started it. One of them said Deborah dared them by refusing to apologise when she was asked to. It all started with a debate on the upcoming examination on a general WhatsApp platform created for our course mates.

One of the students asked her how she passed the last semester’s examination and in response, she said it was ‘Jesus o’.

But she replied via a voice note on the platform ‘Holy Ghost fire. Nothing will happen to me. Is it by force that you guys will always be sending this religious stuff in this group? The group wasn’t created for that but rather as a notice on test, assignment, exam, etc, not this nonsense religious posts.

We were made to understand that some young men were brought from outside before the outrage. I was in class when some of our course mates rushed in, saying ‘there is fire on the mountain o’.

The Muslim students led the strangers to the class to look for her. In fear, those in the class tried to help her escape and took her to the security post from where they hoped to create a way for her to run outside.

Already, a cab was waiting outside to drive her straight to the police station. Unfortunately, the mob overpowered everyone who tried to save her. They even threatened to kill anyone who attempted to stand in their way.

She was dragged out, flogged and stoned. The last word in her mouth was ‘what do you hope to achieve with this?’ By then some of our course mates were making calls to some of our lecturers to save the situation.

At a point, all the Christian students fled the school premises. It was when I got home that I heard she was set ablaze.

Since the incident, I have been having a flash of her pleading expression. She pleaded for mercy and called out for help but it was far from her. What a cruel way to die.”

ALSO SEE: Kanayo O. Kanayo Drops Some Words Of Advise With Parents As He Pays His Son A Surprise Visit In School

Another Muslim student who did not want her name in print kicked against the mob action on the late Deborah. She told the publication:

“What happened did not warrant her death. We are calling on the government to make a policy that kicks against attack on anyone accused of blasphemy.”