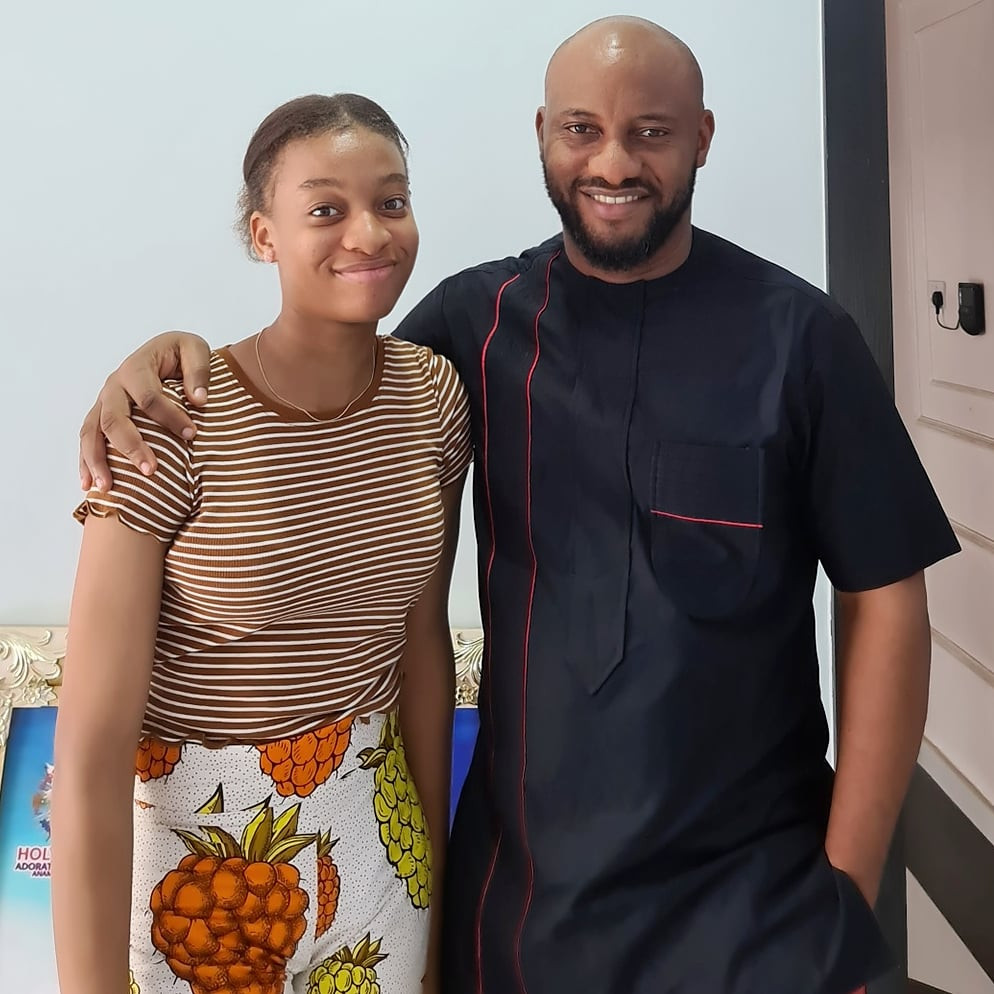 The first child of actor, Yul Edochie, has asked Nigerians to stop tagging her with anything relating to her father, Nollywood, films or actors.

17-year-old Danielle Edochie gave the stern warning while reacting to trolls who tag her name alongside her father’s name or other Nollywood practitioners.

The teenager iterated her stand on her career choice, stating that she is not an actress and will never venture into acting or Nollywood. She also begged trolls to stop linking her name with her father’s as they have different choices.

Taking to her Instastory, the teen clearly stated:

“Please I’m NOT an actress, I have no business with acting and Nollywood, no dey force career on me abeg.

I don’t act and I’m not interested in acting.

Acting is for him and not for me and I am a whole different person, I am my own identity.

Know these and know peace.”

SEE ALSO: Yul Edochie Finally Speaks On Why He Picked A Second Wife, His Reasons Will Leave You Dazed!

This comes after the father picked actress Judy Austin Moghalu as his second wife.

In April, Yul shocked Nigerians when he announced he had taken Nollywood actress, Judy Austin Moghalu as a second wife and that they had welcomed a son together.

His post on social media got many people talking including his first wife, May Edochie who took to the comment section and wrote: “May God judge you both.”