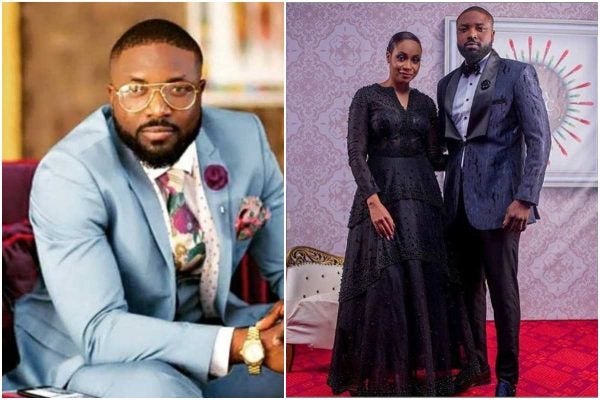 Big Brother Africa star, Elikem Kumordzie has opened up about the challenges he faced when he got to a rich co-reality show star and Zimbabwean socialite, Pokello Nare.

The celebrity fashion designer and actor disclosed that a lot of people had the perception that he married his ex-wife because of her wealth.

Elikem got married to his ex-wife who is a Zimbabwean entrepreneur in 2015 after they met at Big Brother Africa reality show. However, in 2017, the couple got divorced a few months after welcoming their son, Tristan.

According to the dad-of-two, he was judged for marrying a woman wealthier than him and called a gold digger.

“Sometimes people would say Elikem is a gold digger and he is only there for the money, and sometimes it hit me a little bit. That is why I wanted to come to Ghana on my ground, so we work from the bottom up. I wasn’t so much insecure, it was more of wanting to do my own thing.”

Speaking further, the Ghanaian star also mentioned one of the issues they encountered in their short-lived union. According to him, they had a misunderstanding on which country they were going to settle in. He revealed that he tried to move to Zimbabwe but it did not work out for him.

“There was a misunderstanding on where we were going to live. I tried to move to Zimbabwe for a bit. I dismantled my machine into pieces and traveled with it in suitcases. I had to start my business over there, I had a few customers. I was there for 2 to 3 months, and it wasn’t going so well.”

READ ALSO: BBA Star, Pokello Nare Shares How A Flawed Approach Towards Marriage Played A Role In Her Short-lived Union With Elikem

After his business failed to takeoff, Elikem relocated back to Ghana. He said Pokello was not comfortable with the move. He added;

“I tried coming back to Ghana, but for some reason, Zimbabwe was more comfortable for Pokello. Everybody knows she was good from the start, and I was the one who was rather working to make ends meet more. She and her family were quite wealthy, and I was the guy who was coming out of nowhere.”

Last year, the actor apologised to his ex-wife  for his inability to make their marriage work. In an Instagram post to wish her a happy birthday on August 24, he admitted he messed up and asked for forgiveness.

“I’d like to seize the opportunity to render an apology to you for not consciously holding us down. I slacked a lot and I’m sorry.

When I look at my son I get so much joy and I want to say a Big thank you for taking good care of him also. (I know I owe you a few months maintenance money😘… the building is almost done🙏) .

I think you’ve forgiven me already, otherwise you won’t be so nice with me, But if there’s any spec left, please find a way to remove 🙏. Bless you and enjoy your day… 🥂 . I’ll post a music video of a song I made for you six years ago 🤣,”

The photo he shared of himself and Pokello also had message with the inscription; 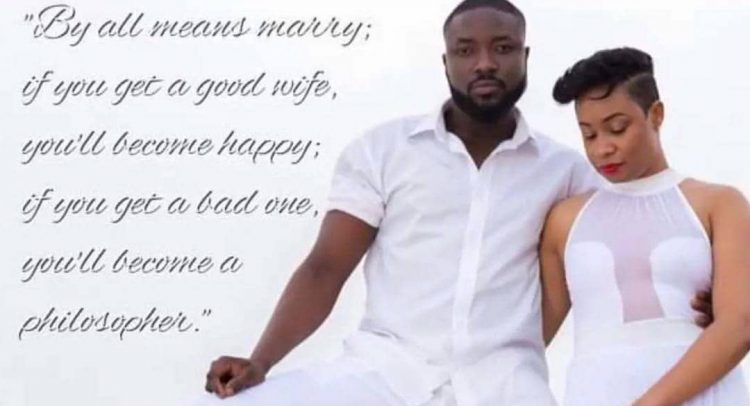 Elikem and Pokello met and fell in love on Season 8 of Big Brother Africa (The Chase) reality show in 2013.

In 2014, he proposed to her on the stage of Vodafone Ghana Music Awards when they were called to present an award and subsequently they got married in June 2015, in a close ceremony in Zimbabwe, her home country.

Then in 2018 the marriage hit the rocks. Some reports alleged that it was Elikem who filed for divorce against Pokello saying he lost affection and love before he declared their relationship “irrepairable.”

Then Pokello had been quoted in 2019 for Elikem “wasn’t ready to be a husband. And unfortunately after 4years of trying to be patient with all his transgressions, I just couldn’t do it anymore.”