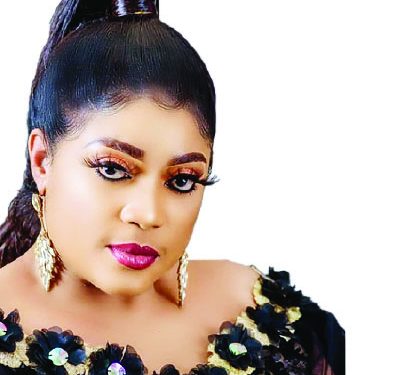 Nigerian actress, film producer and director, Lola Margaret has said that flaunting marriages and relationships on social media exposes one to danger.

Margaret revealed this in a recent interview with PUNCH.

“While I do not subscribe to this theory (flaunting marriages and relationships on social media), there are many haters out there who don’t wish one well. So, if one is too happy and wishes to share it with the world, one may be exposing oneself to serious danger.

“Having said that, I believe it is best to do things in moderation. It is advisable to minimise how one posts about one’s family or a loved one.”

On the notion that there are cliques in the movie industry, Margaret said,

“Apparently, there were cliques in the past but that’s not the case anymore. People are afraid to get close to one another due to lack of trust and backbiting.

“We (actors) are good people. Every profession has its own controversies. However, people are too judgmental when it comes to actors. Because we are in the limelight, they tend to believe the worst about us, and no matter how much one tries to explain, they go with the narrative that suits them.”

READ ALSO: See Why Juliet Mgborukwe Has No Fear Flaunting Her Marriage on Social Media

She also spoke about the ‘beef’ actresses have with one another. She said,

“The problem exists everywhere. The fact that one is doing better than one’s peers is definitely a problem for some people, and one will be surprised at how many people do not like their co-workers or partners doing better than them. It requires the grace of God to be content and not be envious of one’s counterparts.”

A few years ago, the screen diva was enmeshed in a scandal that almost ruined her career.

ALSO SEE: After Remarrying Her Ex-Husband, Juliet Mgborukwe Is Set to Divorce Him a Second Time | See Why

In a chat with DailySun two years ago, she opened up on how she became a victim of circumstances, saying that her greatest regret was reposing so much trust in a friend. She said:

“Honestly, I was just a victim of circumstances, and it took the grace of God for me to get out of it. I took time off social media for my sanity. People out there think they can judge based on hearsay, even when they know nothing about me. But it is what it is…. glory be to God.

My greatest regret ever was trusting a friend. But then, all that is in the past now, I am healed already.

Handling scandals is not an easy thing. But when you did not do what you are accused of, you know how it feels… But it takes the grace of God to get out of it.”