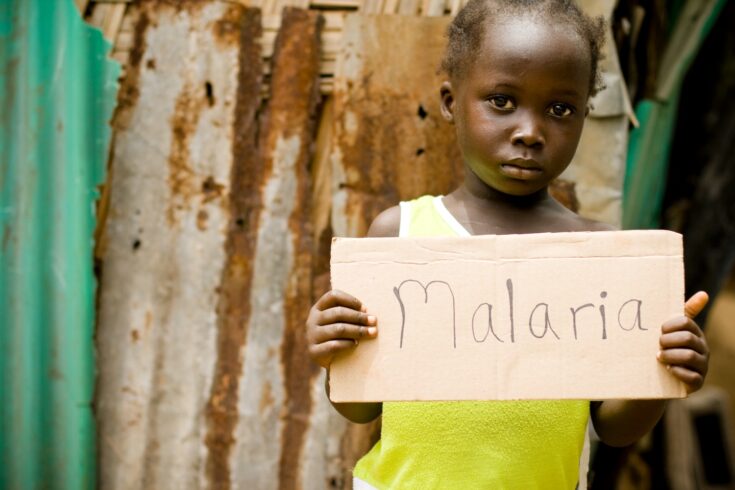 A Consultant Paediatrician, Nephrology Division at the Federal Teaching Hospital, Katsina, Dr. Abdurrazzaq Alege, has given reasons why more under-five children come down with severe malaria in the rainy season.

According to the health expert, mosquitoes tend to bread more during the rainy season because of the increase in stagnant water around residential houses.

He urged parents to protect their children against mosquito bites, noting that hospital admission of children under five with malaria is usually higher in the rainy season.

Dr. Alege said there are simple approaches parents could adopt to prevent their children from coming down with malaria.

According to him, there is supposed to be a preparation for the rainy season and it is not when the rain starts that people will remember how to protect themselves against mosquito bites.

The World Health Organisation says malaria is a life-threatening disease caused by parasites that are transmitted to people through the bites of infected female Anopheles mosquitoes. The global health body states that malaria is preventable and curable.

Speaking in an interview with PUNCH, the paediatrician urged parents to ensure that children sleep under mosquito nets to prevent mosquito bites during the rainy season.

“What people are supposed to do as we approach the rainy season is to clear the bushes, drainages, and gutters around them so that once the rain starts, there won’t be stagnation of water from canals.

“There is supposed to be a preparation for the rainy season. When the rain starts fully, sometimes, we witness over 30 admissions of children with malaria every day and the commonest among them are mostly children under five.

“Malaria that will require hospital admission is what we called severe malaria and it is typically found in children that are less than five years old.

“We should ensure that the drainages are not blocked and where there are no drainages, we try to construct them. Otherwise, wherever there is stagnation of the pool of water, it will also attract mosquitoes.”

According to the paediatrician, all the windows and doors in the house should be netted.

“When parents find out that the nets on the doors and windows are torn, they should repair them before the rainy season begins.

“If they don’t have netted doors, then the main door should be closed especially from 4 pm upwards because that is when mosquitoes come out.

“Wherever there is stagnation of the pool of water, it will always attract mosquitoes.”

“In the first place, some children would have slept off in the sitting room from about 6:pm. Then later, their parents will take them to the bedroom or their sleeping room.

“So, if they are sleeping in the sitting room from 6:pm, they should be under a mosquito net. It is not until they get to the bedroom or their sleeping room before going inside the net.

“This is very important. Using the mosquito net is one of the effective methods of malaria prevention. It has fewer complications than other methods.”

Dr. Alege also suggested the use of indoor residual spraying as another malaria prevention measure that should be deployed during the rain season to guard against mosquito bites.

He further urged parents to avoid leaving water in kitchen utensils and leaving them open. They breed mosquitoes, Alege said.

“Toilet doors should always be closed because toilets breed mosquitoes. Once these are done, we will be able to reduce the incidence of malaria during the rainy season,”

The WHO estimates that between 2000 and 2015 the rate of new malaria cases declined by 37 per cent globally and malaria deaths fell by 60 per cent, with 6.2 million lives saved.

It noted that three-quarters of those gains could be attributed to interventions such as insecticide-treated bed nets.