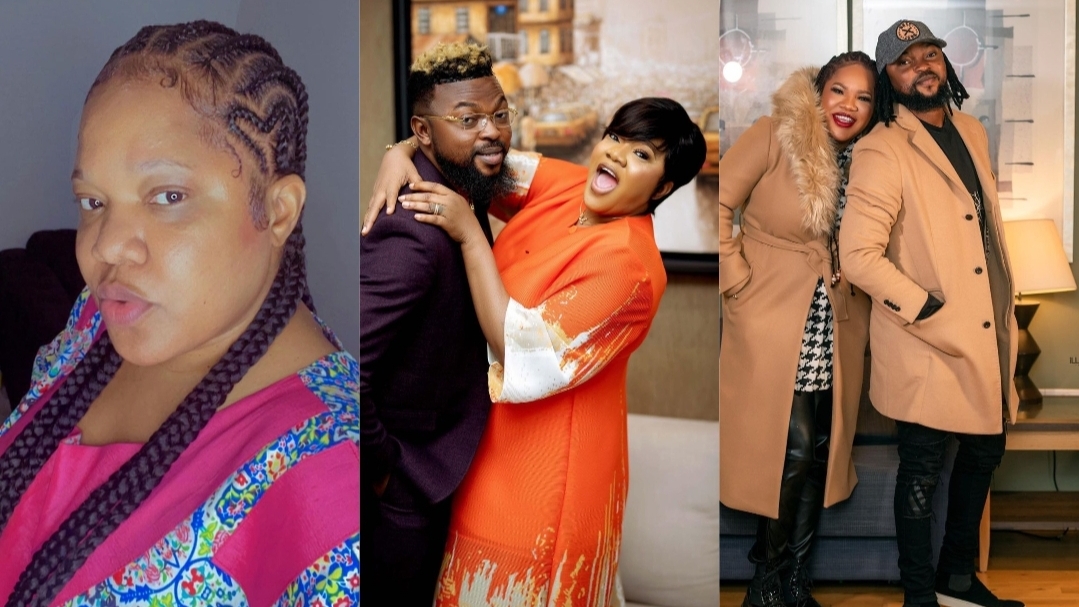 Celebrity couple, Toyin Abraham and her husband, Kolawole Ajeyemi have reacted to reports that their marriage is going through a crisis.

Reports had emerged that the couple who are expecting their second child had been having an in-house crisis, arising from Toyin’s attitude towards certain issues that revolves around their family.

These rumours arose a few hours after music executive, JJC Skillz publicly announced that he has walked out of the once upon a lovely union he shared with actress and movie producer, Funke Akindele.

According to popular controversial blogger, Gistlover, Toyin’s husband has been complaining about her attitude towards him, her refusal to follow him to church and her skipping to sleep at home for couple of days.

“Dear Toyin, information reaching Vawulence headquarters be say your marriage has been sha*king all along, no be today the info Dey come , guess your husband got tired and confide in a friend, no push am out, he said and I quote “I have been managing in that Marriage, prior to when Toyin got pregnant, sometimes she doesn’t sleep at home for days, she doesn’t take up her responsibilities as a wife, she doesn’t even follow them to church and all”.

He told his friend that he has just been managing hoping things get better that some of the post Toyin makes at time calling Okomi are apology post stylishly.

He said a lot but in as much as we don’t want another Loud Breakup just like Funke Akindele, Dear Toyin kindly retrace your step, I am not saying make una no debunk oooo, Na una way, but I said what I said and you both know I am not lying, but it is what it is, the couple goals must keep going but please make it a genuine one, not a patched one.

There is still time for amendments o because Kola said a lot ooo, he was even advising the said friend that no perfect marriage and that they have just been patching theirs too, I pray It doesn’t happen If it does happen, just know I warned ahead. I come in peace.” 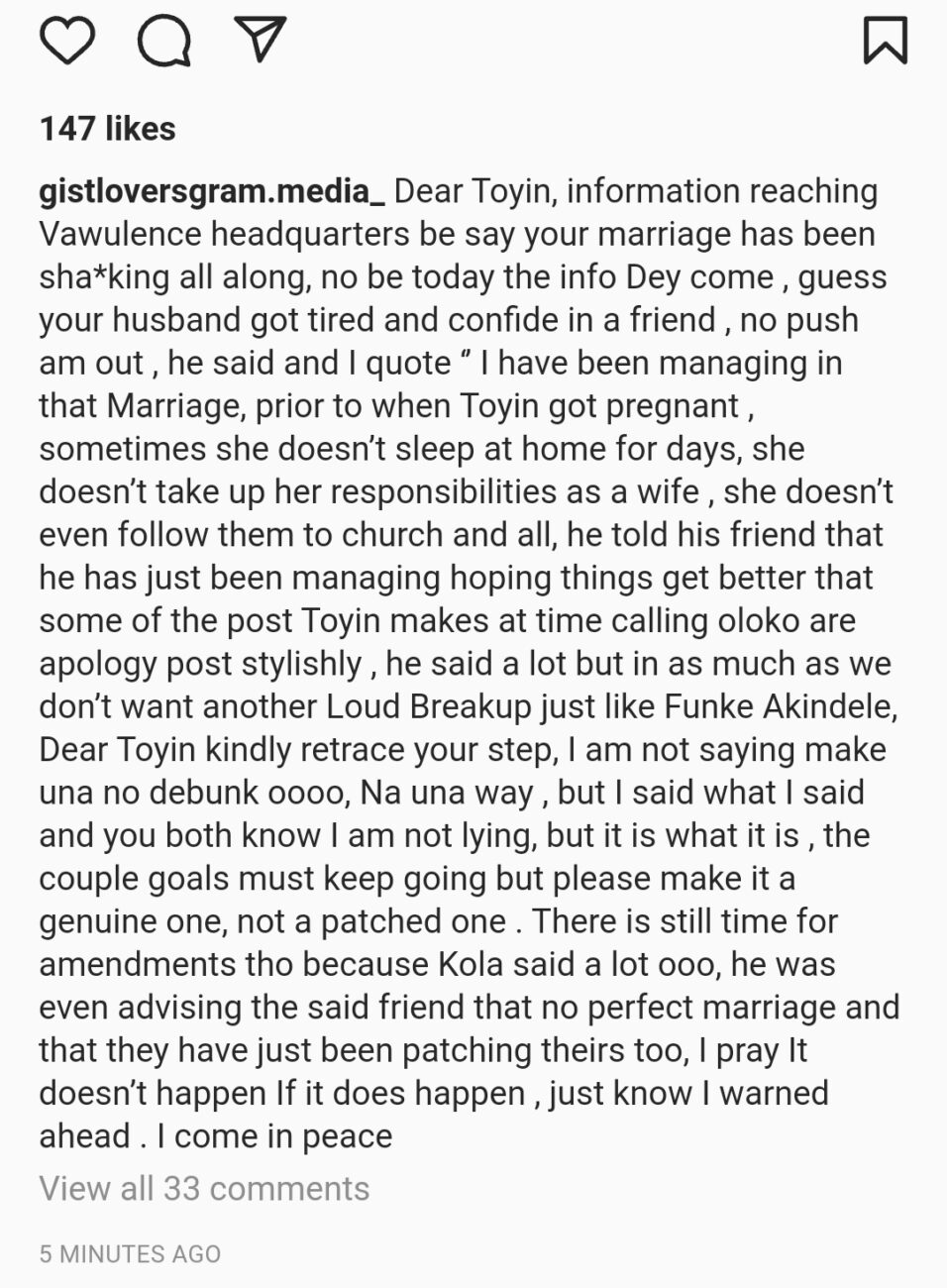 Well, Toyin’s management has now dispelled the rumours in a statement released on Friday, July 1, assuring the public that all is well in their home.

They also denied reports that the actress has not slept in her house for months.

“We just saw a report of an ‘untrue’ and alleged ‘shaky’ marriage of our talent, Toyin Abraham and her Nollywood star husband, Kola Ajeyemi. Often time, people say there is no smoke without fire, but this time around we assure all fans of Toyin and Kola Ajeyemi that there was no smoke talk less of fire.

This story is not true. Toyin has not slept out in months except for location or when she’s out of town for job. Most often than not, she and her husband holiday together both within and outside Nigeria.

We also acknowledge concern that people have shown regarding the marriage and prayers that God will sustain. We thank you and appreciate the concern. But we assure them that the marriage is intact, not shaky and all is well.”

ALSO SEE: Actor, Kolawole Ajeyemi Declares Who He Loves Most Amongst His Children, Mum And Wife, Toyin Abraham

Her husband, on the other hand, took to his Instagram page to post a video to assure fans that all is well with their union.

He shared a video of him, the actress and his daughter from a previous relationship dancing. He captioned his post with the hashtag, “fake news, make money and greatness.”