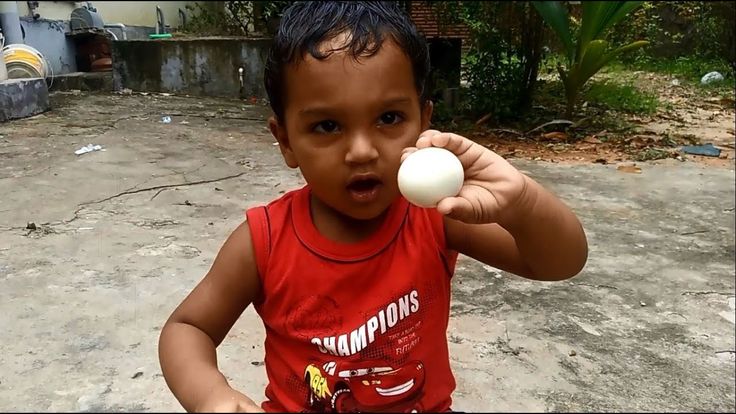 Grammy Award-Winning Singer, Burna Boy Gets Candid About How He Feels Having No Kids At Age 31

The expert added that proteins like fish, meat, egg, and crayfish are very essential for the growth and development of under-five children.

According to the physician, children under five years should consume three or four eggs every week plus other diverse diets to avoid stunting and being underweight.

Dr Akinyinka says mothers must feed their under-five children with protein-rich foods because they need them to grow properly.

There are, however, no official recommendations from the World Health Organisation on how many eggs parents can give under-five children each day or week.

The American Heart Association, though, states that individuals, in general, should limit their intake to one egg per day.

Speaking further in the interview with PUNCH HealthWise, the physician said children under five years require adequate protein from meat, fish, egg, and other sources to grow and not just carbohydrates.

“That tender age is when children need protein the most. They need to be given adequate meat and egg. It is an error for parents to deny their children meat and egg with the notion that they will steal when they grow up.

“Proteins like fish, meat, egg, and crayfish are very essential for the growth of these children. If we don’t want to have children that are malnourished, we have to move away from traditions that are inimical to their health.

“Children under five years should consume three or four eggs every week plus other diverse diets. We encourage mothers to make sure their babies take different types of diets. You know that all these foods don’t contain one nutrient.”

Akinyinka also urged mothers to ensure that their children are getting the right quantities of nutrients from various food sources required for their optimal growth and development. She noted:

“So, when you give your child different types of food, you are exposing the child to all varieties of nutrients. And you will be able to protect the child from coming down with micronutrient deficiency.

“The consequences are that the child will be stunted and underweight. These are serious forms of malnutrition. It can affect the cognitive development of a child and the child will not be smart.

“If we are bringing up children that are malnourished, not only will they be sickly, they will not be able to perform physically as they should.”

For mothers that are always giving their babies pap, the physician advised them to fortify the pap by adding other nutrients including palm oil to reduce their risk of micronutrient deficiency.

The physician noted that palm oil is a rich source of vitamin A, adding that a child requires it for proper growth and development.

She asked parents to move away from traditional feeding practices that are detrimental to the health of their children. She added:

“A lot of mothers give their babies pap and it is just carbohydrates. The baby needs more than carbohydrates to grow. Mothers should fortify the pap by adding other nutrients. The mother should add crayfish, milk, and a little bit of palm oil.

“The only way we can prevent under-five children from malnutrition and kwashiorkor and their attendant health consequences is to feed them with foods rich in micronutrients.”

According to the World Health Organisation, vitamin A deficiency affects about 190 million preschool-age children, mostly from Africa and South-East Asia.

“In infants and children, vitamin A is essential to support rapid growth and to help combat infections.

“Inadequate intakes of vitamin A may lead to vitamin A deficiency which can cause visual impairment in the form of night blindness and may increase the risk of illness and death from childhood infections, including measles and those causing diarrhoea,”

In a 2019 study published in BMC journal and titled, ‘Nutritional status of under-five children born to teenage mothers in an urban setting, south-western Nigeria’, the researchers said poor child care is one of the key underlying causes of childhood malnutrition.

BMC is one of the world’s open-access journal publishers.

According to them, child care is manifested in the way a child is fed, nurtured, socialised, and guided.

They noted that teenage pregnancy contributes significantly to the high prevalence of malnutrition among under-five children.