A newly married woman has taken to Twitter to reveal the insensitive comment her husband’s friend made just a few months after they got married.

@KahaniLaila shared this while reacting to the tweet of a married lady who told people to mind their business and stop asking her about her kids whenever they see her. According to her, they should simply greet her and walk away .

In response to the tweet, Laila shared the experience she had with her husband’s friend few months after she got married.

According to her, the husband’s friend made an offensive joke when he came visiting them. She said the man asked if they needed to see a fertility expert because she was not pregnant yet unknown to him that she had suffered a miscarriage a week prior.

“Omo few months after I got married, my husband’s friend came to visit, after he chop finish, he’s now asking if I need to see a gynecologist as I no get bele. Meanwhile I had a miscarriage a week before. The thing pain me eh. I almost cried self.” 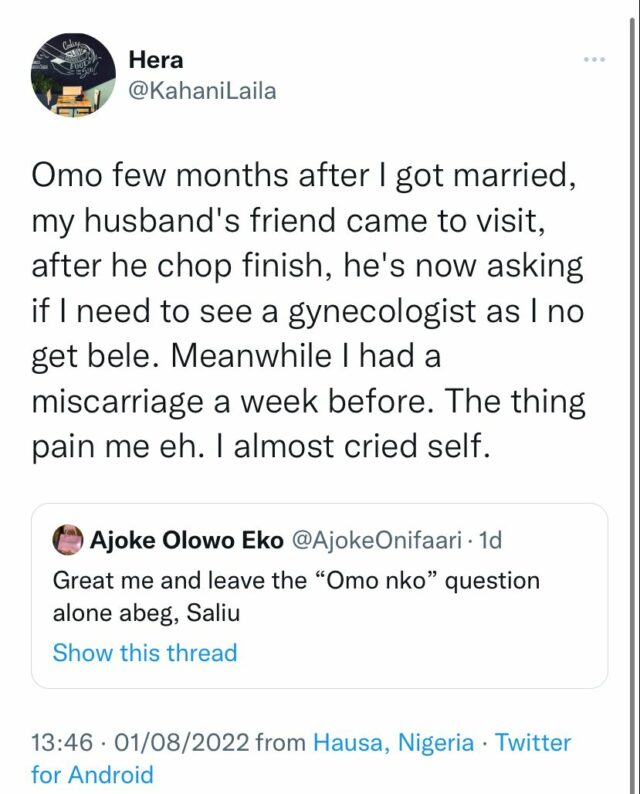