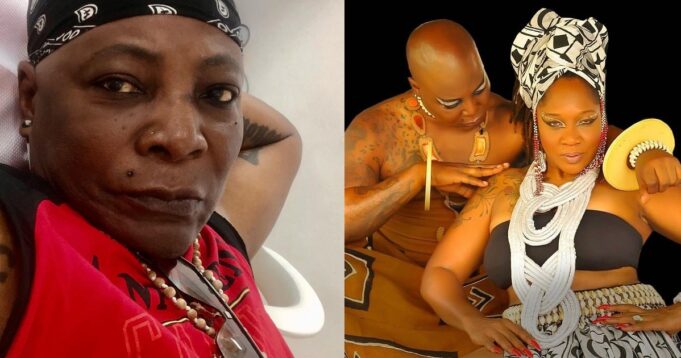 BBNaija Star, Angel Smith Gets Honest About What Scares Her Most About Marriage

Charles Chukwuemeka Oputa popularly known as Charly Boy has debunked rumors of a divorce from his wife after over 45 years of being together.

Recall that the popular socialite, activist and singer had taken to his social media page to hint about being tired of marriage to wife, Diane while emphasizing on how tough it gets.

His post generated reactions from his fans as some concluded that the father of eleven was going to divorce his wife.

However, Charly Boy has now debunked the claims of separating from his wife while affirming his statement to mean a piece of advice to others.

“Because of dis my recent post. Some winche pple don begin speculate say my marriage don crash. Abegi ooooooo. I just dey talk to many people wey think say marriage shouldn’t feel like work. Or it feels like work, we are doing it wrong. Lie.”

“Like anything else that is rewarding, we have to work at our marriages. And it’s OK if marriage is hard work! It can never be on auto cruise.”