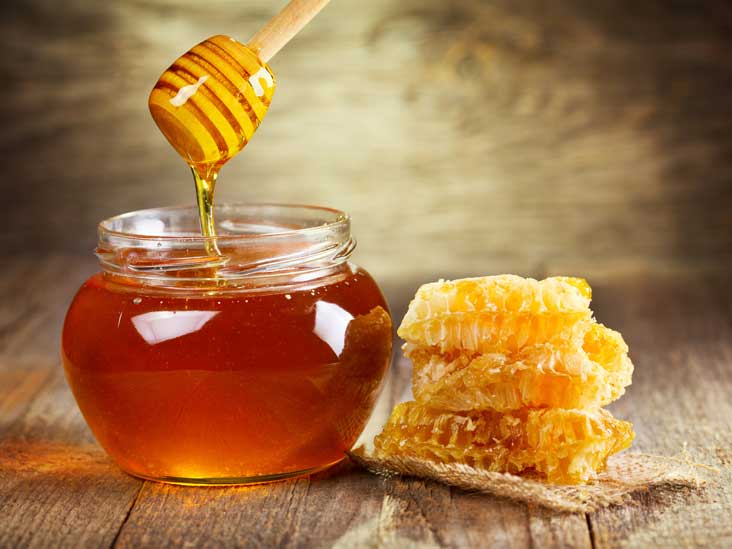 Businessman And Dad-Of-5 Pushes The Frontiers For Fathers As He Undergoes Vasectomy, Opens Up About The ‘Simple’ Procedure

Child care health experts, Dr. Lilian Akerele and Dr. Abigail Dodo, have cautioned Nigerian mothers against putting honey in the mouth of infants, especially those under a year old.

The paediatricians noted that natural honey could harm infants and cause serious health issues.

Putting honey in the mouth of infants is a widespread cultural practice in many communities in Nigeria and is often a key component of naming and ceremonies.

Some parents also put honey in some baby foods. However, speaking with PUNCH HealthWise in an interview, Dr. Akerele warned that putting honey in the mouth of infants can cause harmful effects.

The expert stated that honey contains a particular bacterium known as clostridium botulinum which could create a toxin in the body of the baby and cause severe health implications.

Clostridium botulinum, according to the World Health Organisation, is a bacterium that produces dangerous toxins (botulinum toxins) under low-oxygen conditions. Botulinum toxins are one of the most lethal substances known and they block nerve functions leading to respiratory and muscular paralysis.

Dr. Akerele who works at the Irrua Specialist Teaching Hospital, Edo State explained that the immune system and GI tracts of infants are not mature and strong enough to neutralise these toxins contained in honey.

These toxins, she said, could destroy the neuronal cells of the baby and eventually lead to muscle paralysis. She also noted that it could affect the baby’s respiratory system, causing breathing difficulty.

“These toxins are produced by Clostridium botulinum and are said to affect the neurons because it is a neuron toxin. It is an anaerobic organism that can be found in soil and also in honey.

“So for infants less than 12 months, it is dangerous to give them honey because of this toxin. The main effect of this toxin in the body is that because it affects the neurons, it destroys the neuronal cells, and the synaptic cells and causes paralysis. Paralysis includes muscle weakness which leads to muscle paralysis.

“They may also have apnea which means they will stop breathing and will require a ventilator for a very long time.”

Speaking further, the expert said that a baby that ingests this toxin is likely to witness paralysis within two hours before manifesting difficulty with breathing, muscle weakness, and constipation within 12 to 36 hours after ingesting the toxins.

When asked about treatment methods to follow when an under-one infant gets ill as a result of ingesting honey, Dr. Akerele noted that the condition does not have an antidote as it is an anaerobic organism.

“There are some drugs that can be used which are antibiotics, but the most feared complication is paralysis which affects all the muscles in the body.

“If a baby starts manifesting the signs and symptoms of this toxin and they are having difficulty breathing, the best thing is to help them to breathe, as in using mechanical ventilation, while the machine helps them to breathe until the body can excrete or eliminate the toxins in the body.”

The paediatrician, however, noted that honey has a lot of benefits for children above one year, adding that it helps build their immunity, clear the guts (their intestines), and produces antioxidants.

Honey, she added is also very beneficial for children above one year as it is good for cough, catarrh, and flu and also a good source of amino that help with bodybuilding.

“Just the way honey has its disadvantages; it also has its advantages. So, as we are counseling mothers that they should not give their children younger than 12 months honey.

“You can still educate them on the benefits of honey in children older than 12 months so they can use it to make pap, custard, tea, etc. It helps them to build their immunity.

“But for babies younger than 12 months, we have to discourage them to stop it. We must be able to convince them of the reasons why they should not give them honey.

“Instead of honey, they can use refined sugar for them and it’ll do the same thing honey will do.”

Speaking in the same vein, the chief resident in the department of paediatrics at the Barau Dikko Teaching Hospital, Kaduna, Dr. Dodo urged mothers to consider giving their babies pasteurised honey rather than natural honey if they want to continue to uphold their tradition and culture without harming the baby.

She also encouraged mothers to ensure their infants suck the thick yellow milk first produced by them, noting that it has excellent vaccination qualities.

“Pasteurised honey is a way to go when one seeks to uphold traditional and cultural practices without placing the newborn or infant at risk.

“This means that the honey passes through a form of sterilisation to ensure that it is rid of bacterial contamination. Most of the honey available for use locally, however, is usually raw honey.

“Avoid using honey for young infants. Some of the protective benefits of honey can be gotten from the thick yellow milk a new mother first produces. This is called the Colostrum.

“Unfortunately, a lot of times it gets thrown because of the erroneous belief that it is bad or harmful. It is the babies’ first vaccination and has excellent protective qualities. Though infant botulism is not a common disease, it is potentially fatal and the risk factors are better avoided.”

According to an online health portal, Healthline,

“A baby can get botulism by eating Clostridium botulinum spores found in soil, honey, and honey products. These spores turn into bacteria in the bowels and produce harmful neurotoxins in the body.

“Botulism is a serious condition. Some 70 per cent of babies who get botulism may require mechanical ventilation for an average of 23 days. Most babies recover with treatment. The fatality rate is less than two per cent.

“Other liquid sweeteners, like molasses and corn syrup, may also carry a risk for botulism. Maple syrup is generally considered safe because it comes from inside a tree and cannot be contaminated by soil. Still, some doctors do not recommend giving babies sweeteners until after their first birthday. It’s best to check with your paediatrician before offering sweeteners as part of your child’s diet.”

“The most common symptoms of botulism include weakness and floppiness, poor feeding, constipation, your baby may also be irritable, have trouble breathing, or have a weak cry. A few babies may also experience seizures.

“If your baby has any symptoms of botulism and has recently consumed honey, you should treat it as an emergency and head to your local emergency room as soon as possible,”