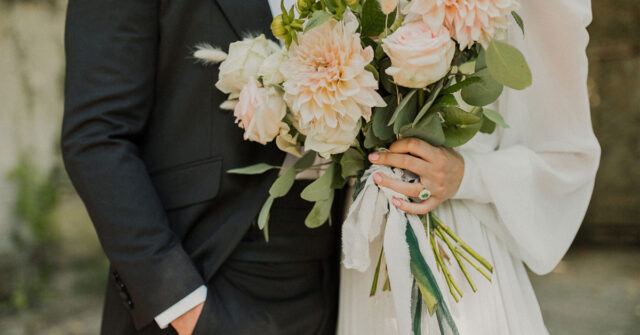 Child Behaviour Expert, Osezusi Bolodeoku Narrates How Her Struggles With Her Son Led Her Into The World Of Children With Special Needs

A Nigerian woman recently took to Twitter to reveal the extreme step a desperate mother took to help her daughter secure a husband.

According to the twitter user, @OgoOn80, the mother was worried because her first daughter was yet to marry when her two younger daughters were already married.

Disturbed by the situation, the mother then advised her daughter to get pregnant for her boyfriend so he would be persuaded to marry her.

Fortunately for them, their plan worked as she took in. However, the young man in question tried to deny the pregnancy but the mother, who wanted her daughter to get married at all cost, sent her muscular sons to the young man’s house to threaten him.

The threat worked as the young man immediately brought his family members to pay the lady’s bride price.

SEE ALSO: What Happens When A Person Is Too Desperate For Marriage -Charly Boy Counsels Singles

“A mother was disturbed about the first daughter who is still single because 2 of her younger daughters have all got married.

So she asked the first daughter during her discussion with her. If she has a boy friend; she said yes; then what is he saying about marrying you

The mother then advised her to go and take in for the guy and let her know. She did exactly what the mother said.

When the boyfriend wanted to deny the pregnancy, the mother sent her two hefty sons to the boyfriend’s house. After their visitation, the boyfriend came with his kindred for the bride price of their sister immediately.”

ALSO SEE: Nollywood Star, Lilian Afegbai’s Piece Of Advice For Single Women Who Are Desperate To Get Married Deserves A Thumbs Up! 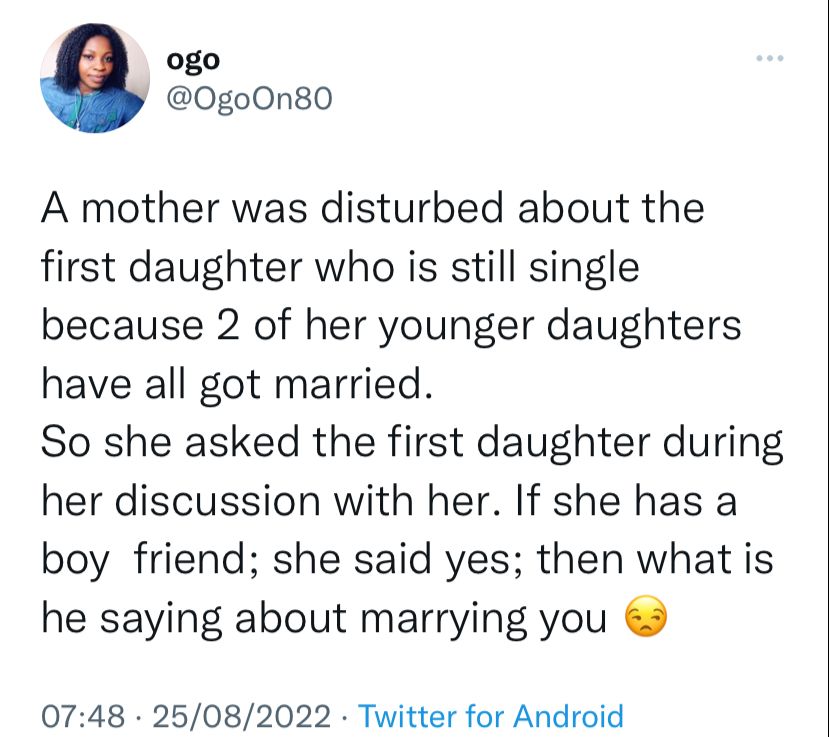