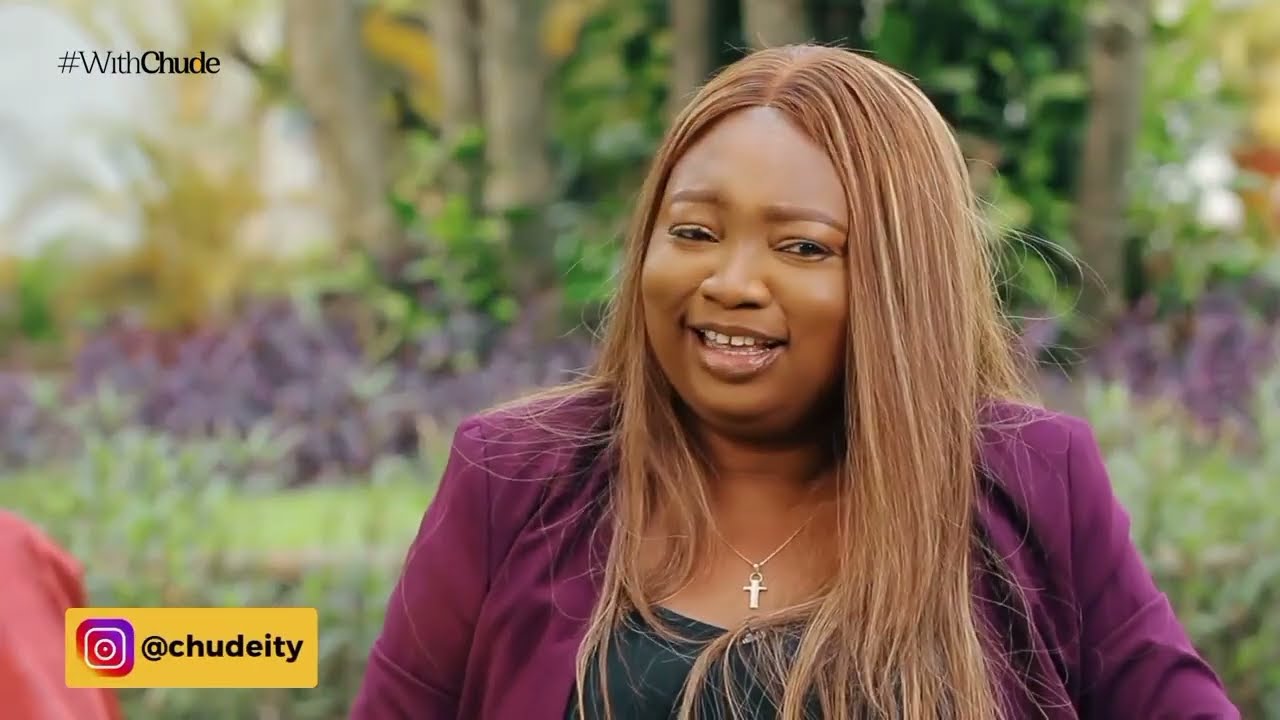 In a recent episode of #WithChude, media personality, Chude Jideonwo sits down with Agatha Amata, the CEO of RaveTV Lagos and Trend FM100.9, Asaba.

For the first time on television, Agatha speaks candidly about her marriage to actor and producer, Fred Amata, their divorce, how she handled it, what it’s like to be a single mother, among other issues.

Fred and Agatha’s married ended 17 years ago and it produced two children. Three years after their divorce, her ex-husband welcomed a daughter, Zino, with actress and ex-beauty queen, Ibinabo Fiberisima, in London.

Ms Amata became famous for her talk show, ‘Inside Out with Agatha’, which is said to be the longest-running television talk show in Nigeria, airing for over twenty years.

See excerpts from the interview…

On how the overwhelming desire of people wanting them back together affected her:

So, I was bombarded at the time. People who didn’t know me were talking about me; that was a shock. You know, you do your things, and you don’t realise how much of a public figure you are.

I entered a salon once, and people, without knowing I was the one sitting down there, were discussing my marriage. They were talking about me as if they lived in my house, that was the most incredible thing I have ever experienced! And the way they were discussing what led to the breakdown beside me, without even knowing me, it was amazing!

So, I didn’t realize what kind of impact both Fred and I had made, because he was also out there. I did not expect it to become a talking point for everybody, those who knew us and those who didn’t know us. Pastors were sending me messages, some were practically threatening me, and it was a bit overwhelming.

On the aftermath of her separation and divorce from Fred Amata:

I still meet people every day who still tell me that they pray Fred and I would get back together. I know that everybody wishes you well, but I always say to people, you can’t wish me better than I wish myself; it’s not possible. On my wedding day, as I was dancing and rejoicing, I certainly had no plans to leave the marriage.

I don’t think there’s anybody who, on their wedding day is calculating the divorce, except the person is crazy, but life happens. And it is very important to know, especially for women, when it is no longer adding to you, and it starts subtracting from you.

I say this because the first thing I heard a lot of people say was, ‘for the sake of your children’, and let me say it clearly, an unhappy home cannot breed happy children. If anything, it’s going to injure those children and their outlook and their approach to marriage.

The best you can do is for both of you to try to remain friends, as difficult as it may be. Which is what I tried to do, it didn’t work. I’m not I mean, it just didn’t. I’m not going to beat myself for the rest of my life, I’m not the first I’ll not be the last. Did both of us try? We did; it just wasn’t working.

There’s nowhere they would mention Fred Amata that they won’t mention Agatha Amata because I had two children for him and I married him. Even when they don’t need to, they’ll say Fred Amata’s ex-wife, that’s the introduction. It doesn’t matter even if I remarry, they’ll say the former wife of Fred Amata. That’s how they’ll still do it. I’ll be a fool to think I can wish that away, so why not just embrace it, acknowledge it and work with it.

Speaking on the show, the 53-year-old mum revealed that she put certain aspects of her life on hold to focus on raising her children. She said she had no friends as everything about her life became about her children.

“I stopped everything and focused on my children. If you look around, even in my office, their bed was there.

“Even when I sent them abroad to study, every month I was in their school. If they had Parents Day, I was there. They had anything they had to do, and I was there.”