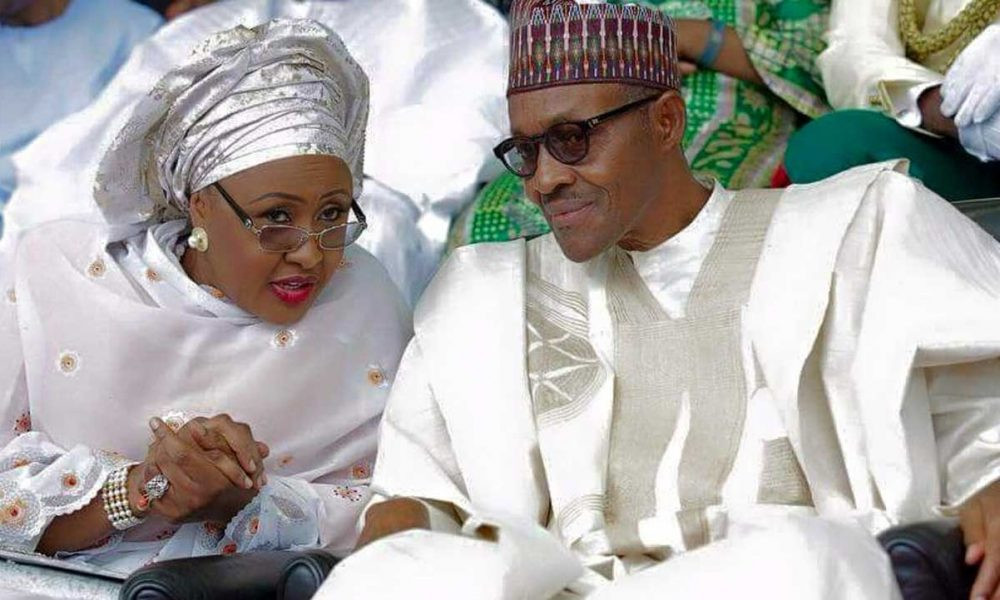 First Lady, Mrs Aisha Buhari has revealed that her husband, President Muhammadu Buhari experienced post-traumatic stress disorder (PTSD) which took its toll on her for several years following his active participation in Nigeria’s civil war, among others.

Mrs Buhari made the disclosure yesterday at the ground-breaking ceremony for the Armed Forces Post-Traumatic Stress Disorder Centre (AFPTSDC) instituted by the Mrs Lucky Irabor-led Defence and Police Officers’ Wives Association (DEPOWA), where she was the special guest of honour.

Aisha said her husband battled with the disorder for years after fighting in the Civil War, being overthrown as military head of state and subsequent detention for 40 months without rehabilitation.

Still speaking, the 51-year-old recounted how she suffered the consequences of PSTD at an early stage in her marriage to Buhari.

She added that Buhari’s loss of three consecutive elections further complicated the situation she was confronted with at the age of 19, when she married him. She further revealed that she became an unintended physiotherapist who nursed him to recovery.

“I want to thank DEPOWA for this foresighted vision of establishing a Post Traumatic Stress Disorder (PTSD) Centre for our soldiers. Indeed, PTSD is a mental health condition triggered by terrifying events.

My husband served the Nigerian Army for 27 years before he was overthrown in a coup d’état. He fought civil war for 30 months without rehabilitation; he ruled Nigeria for 20 months and was detained for 40 months without disclosing the nature of his offence.

One year after he came out from detention, we were married, I clocked 19 years in his house as his wife, legitimately. I suffered the consequences of PTSD, because having gone through all these, and at the age of 19, to handle somebody, who was a former Head of State and Commander-in-Chief of Nigeria’s Armed Forces, to tell him that he is wrong is the first mistake you will make.

So, at the age of 19, I had to figure out how to tell somebody of his calibre that he was wrong or right and that was the beginning of my offence in his house, and contesting elections in 2003 and failed, 2007, failed and 2011, the same thing – all without rehabilitation – I became a physiotherapist.

Finally, the whole nation rose against the misuse of power and bad governance. He only succeeded when it became a movement and here we are today. He ruled Nigeria before and he is ruling Nigeria now and this is the last time and final.

Failing election for three times was a big blow to every contestant but those that have contested for just yesterday, a simple primary election, they are still living in a traumatic condition, I tried to console them, I tried to talk to them, some of them have switched off their phones up till today, just because of a primary election.

You can imagine myself at 19 years, handling somebody that went to war, suffered coup d’état, then lost several elections, and, finally, getting to the Villa in the 2015. Also, for a woman to tell them that this is wrong or right in Nigeria and Africa is a problem.”

Mrs Buhari also commended members of the armed forces for their contributions to nation. She added;

“In that case, I want to use this opportunity to appreciate members of the Armed Forces of Nigeria for their sacrifices and contributions to nation building.

The fallen Heroes remain evergreen in our minds and many with us are wounded physically and mentally. I want to appreciate their wives and families; I want to let them know that the whole nation is with them.”

ALSO SEE: Nigeria’s First Lady, Aisha Buhari Laments Oppression At The Hands Of Her In-Laws, The Dauras, Who Live In The Villa

Aisha stated that the PTSD centre was important to members of the armed forces and beyond, stressing that soldiers are the primary victims.