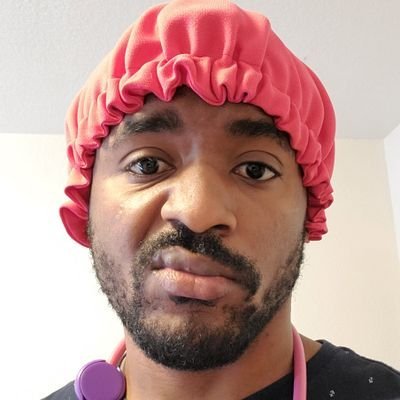 Some Nigerian women on Twitter have taken to the microblogging site to react after a Nigerian man asked married men not to ”slut” their wives during sex.

The user, Chicken Catcher@EtuboLion had tweeted:

”Dear men, do NOT slut your wives out. Women find it disrespectful. Please be a complete gentleman.

Don’t do that. Even during tlof tlof, 5 thrusts should be the max… after that just let her be. She is your queen, she doesn’t wanna be stressed. Just let her rest.” 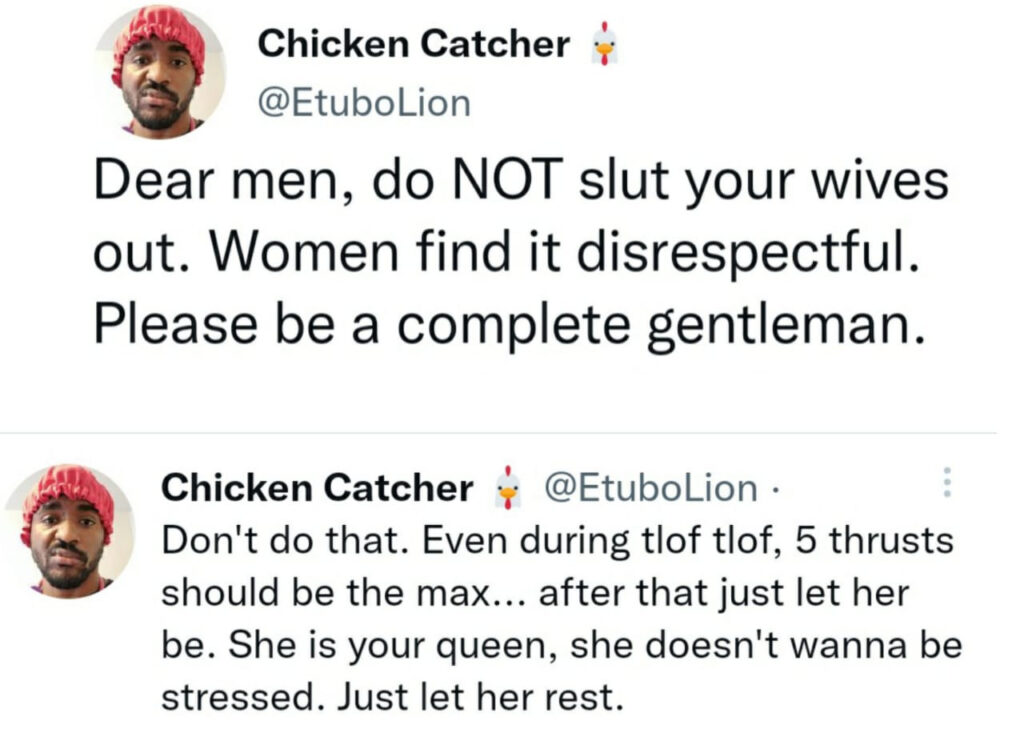 Nigerian women took to his comment section to react. Most of the women begged to differ. According to them, they want their husbands to ”slut them out” instead of going outside to cheat and do the same.

Another woman mentioned that the man cannot tell her husband what to do to her.

READ ALSO: Married Men Share Their Viewpoints As They Reject Motion Calling For Them To Stop Running Errands For Their Wives

Read the hilarious replies below… 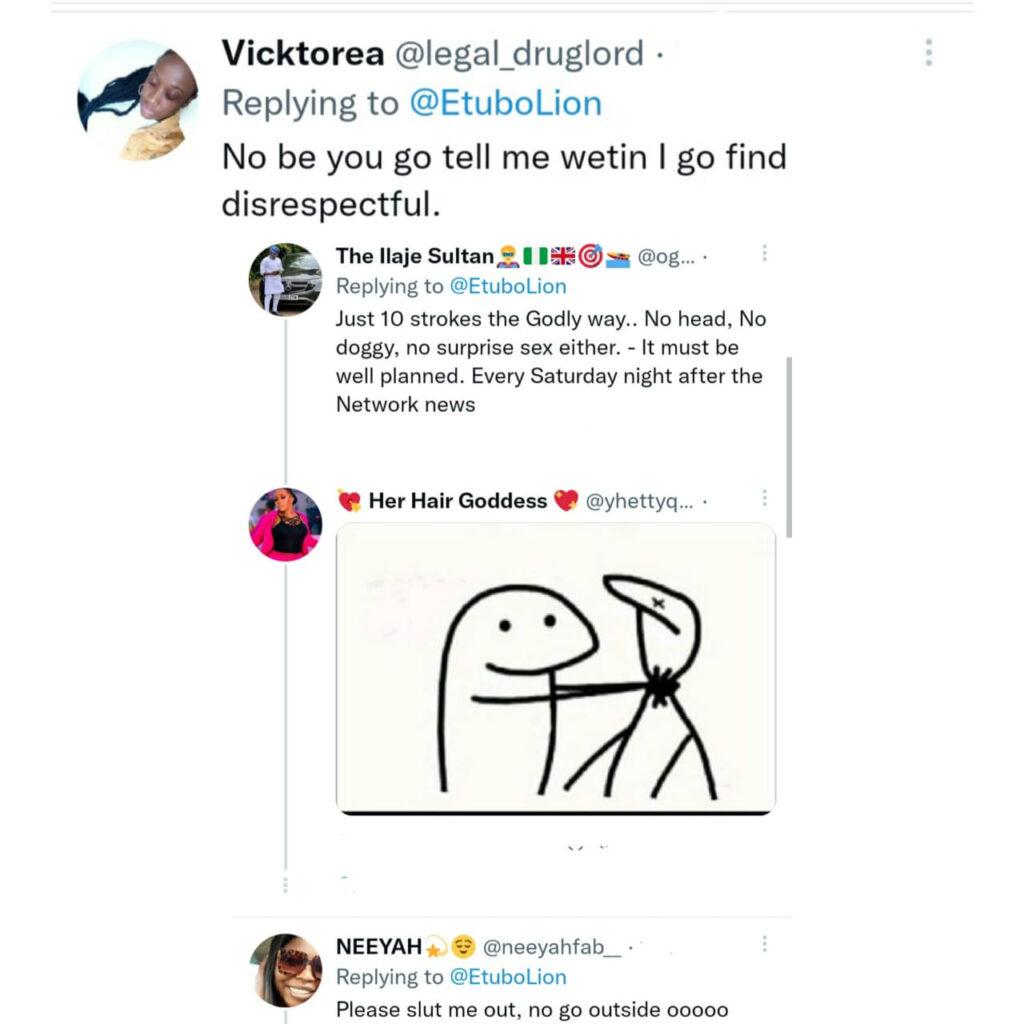 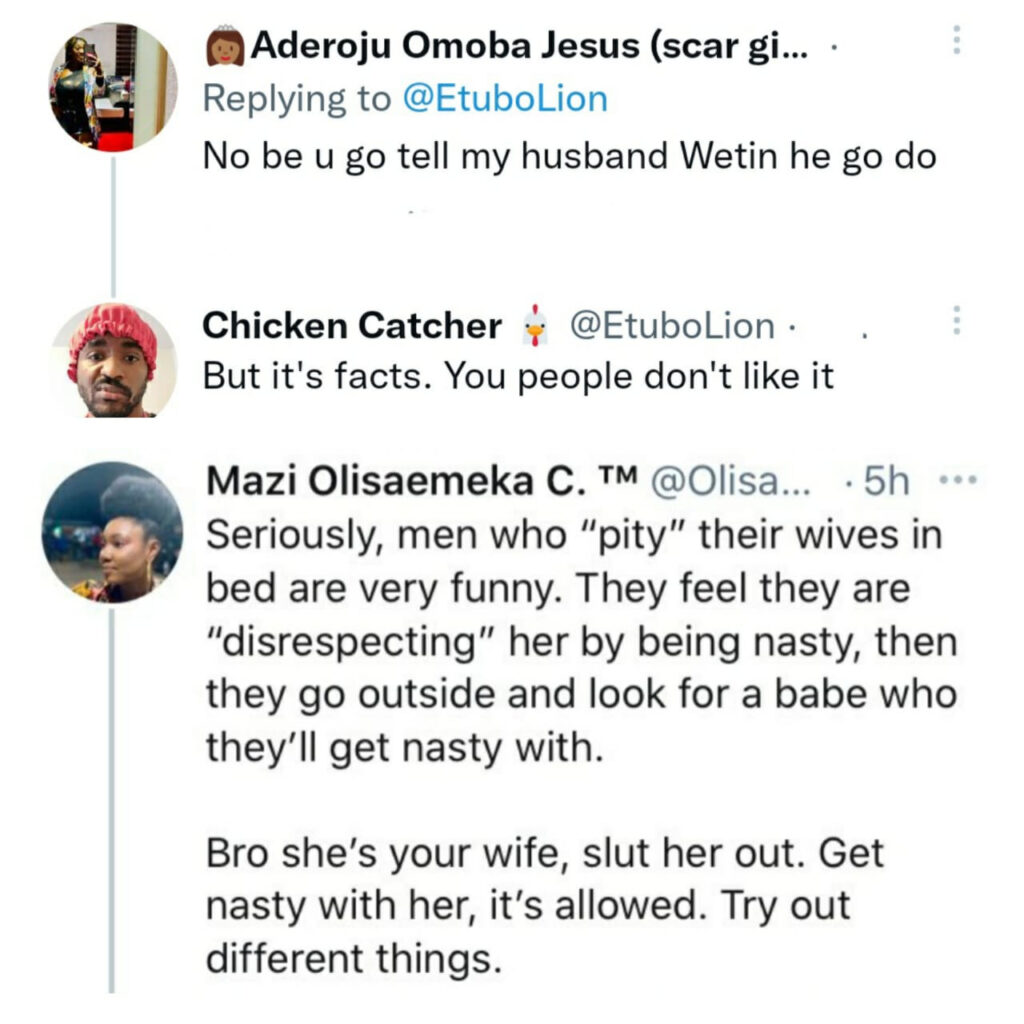 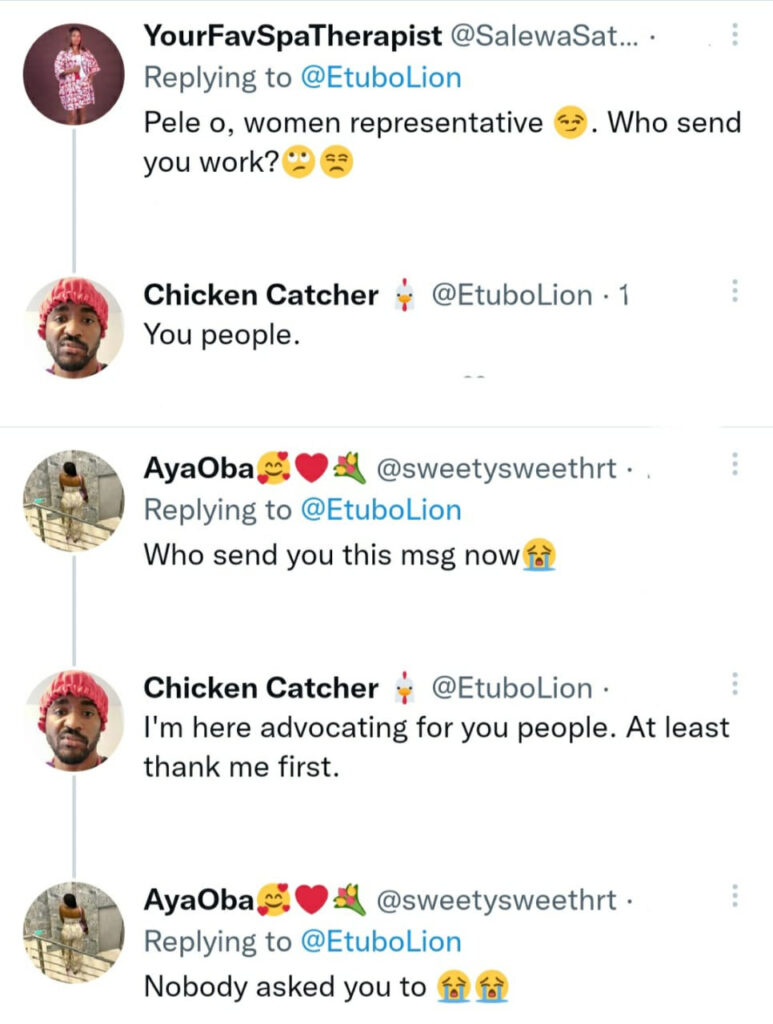 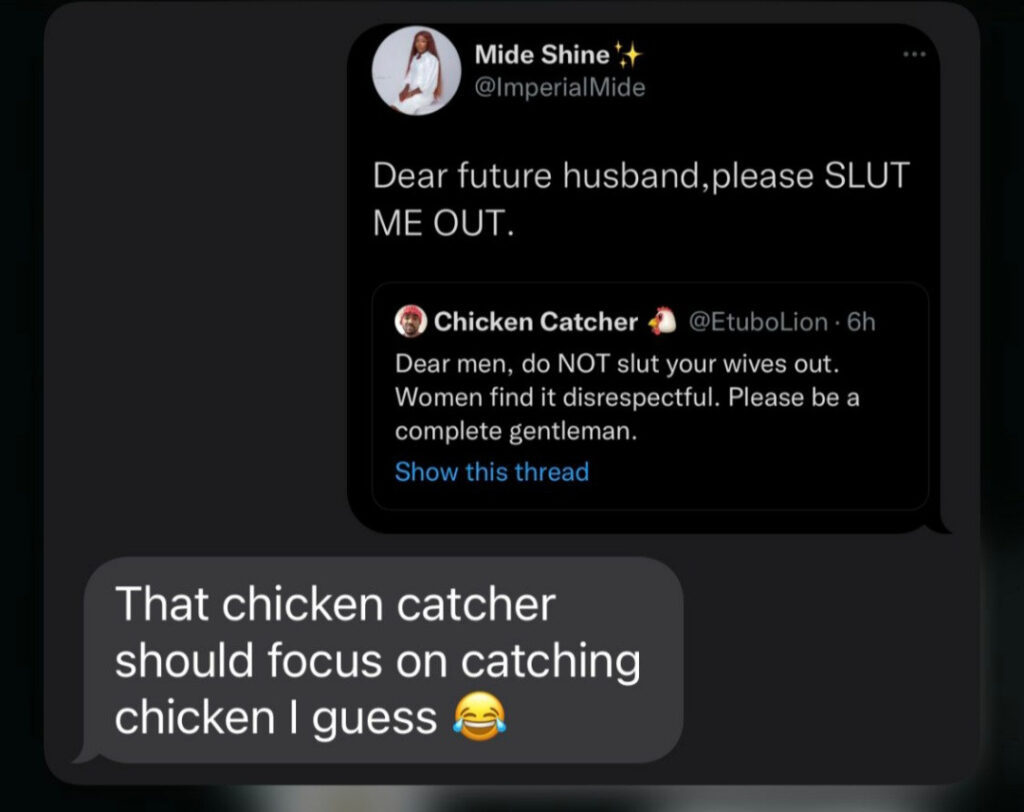 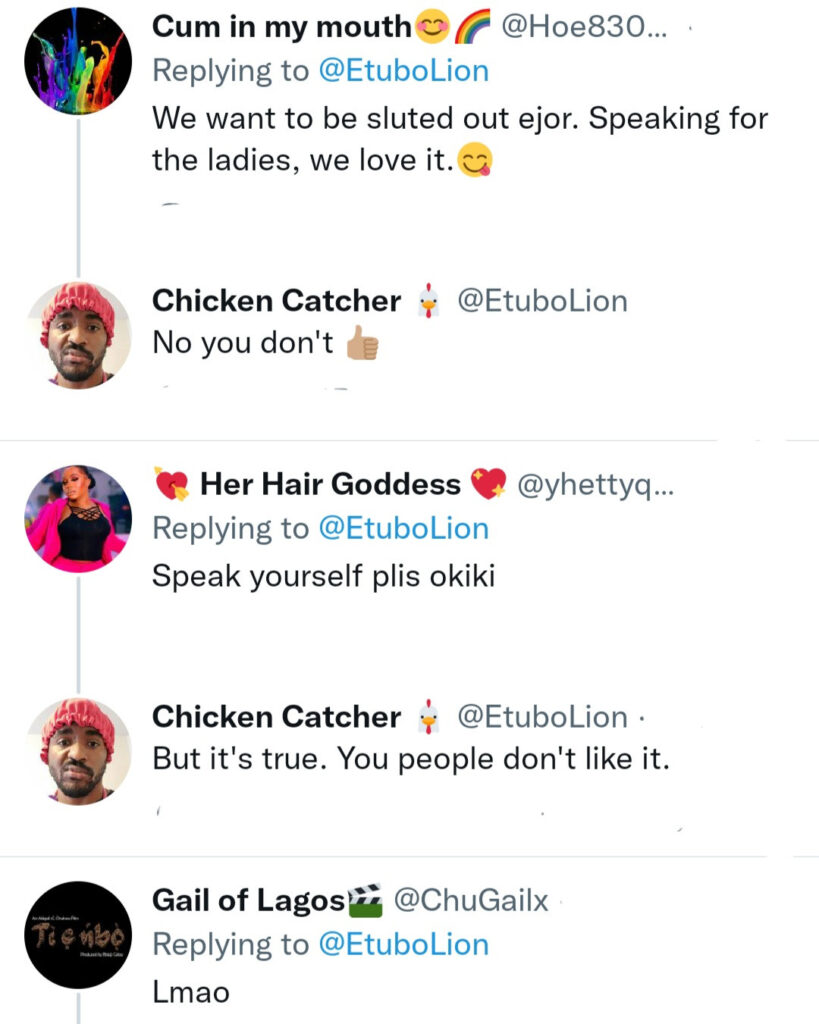 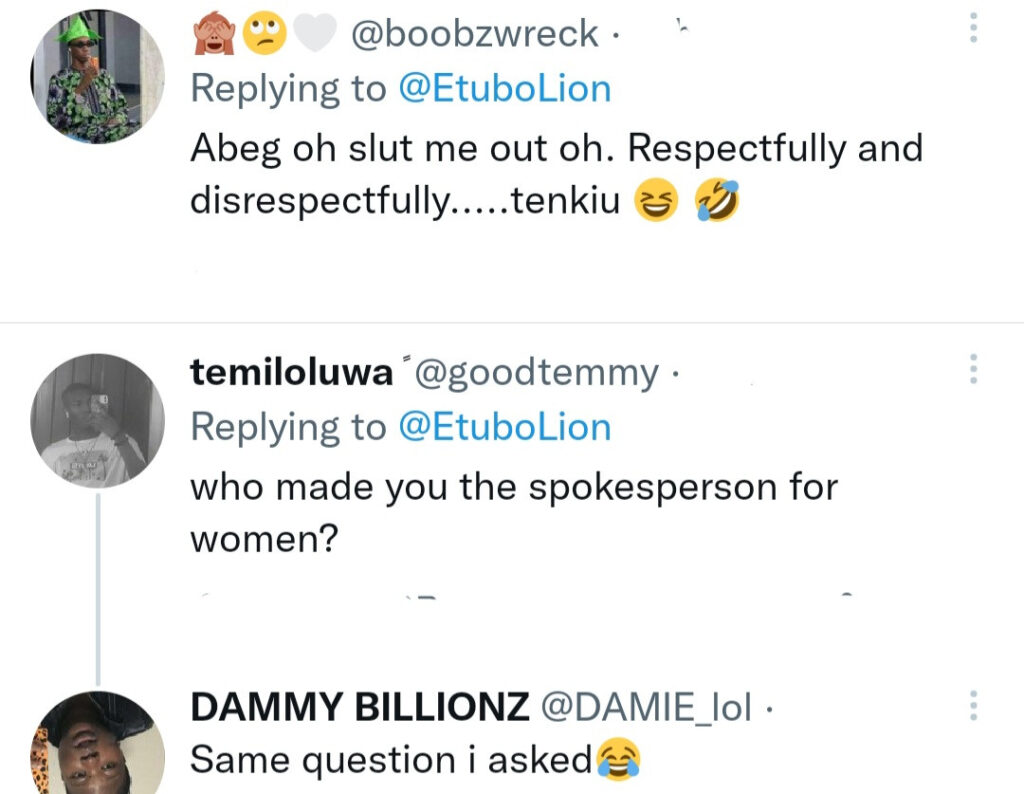