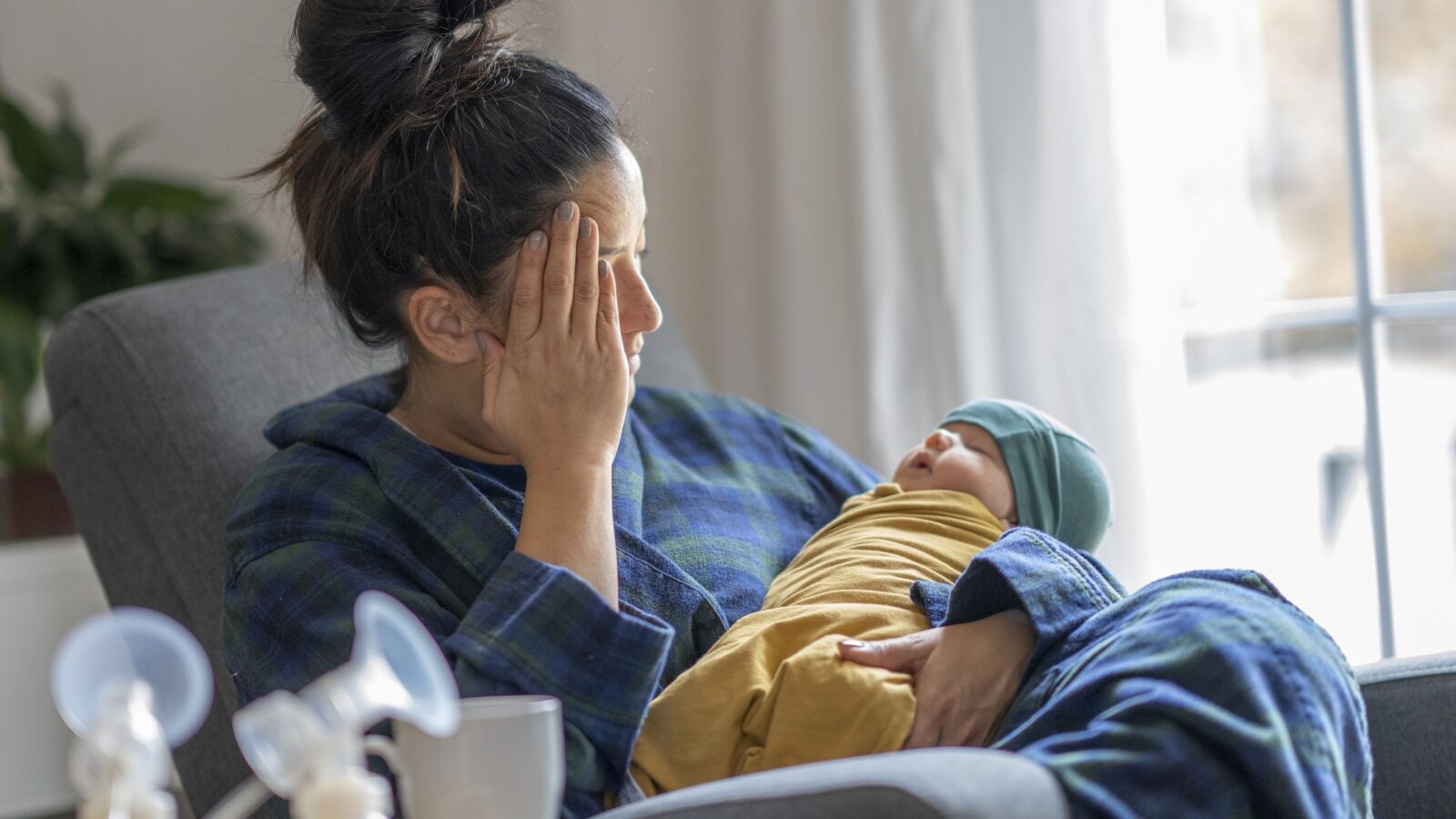 Maternal care experts have urged new mums to try to get enough sleep after delivery, noting that not getting enough sleep daily can affect the ability of the mother to adequately function and also interfere with breast milk production.

In an interview with PUNCH HealthWise, the experts noted that despite the burden and stress of caring for a newborn, getting the required six to eight hours of sleep per day is necessary for both the health of the mother and the child.

The midwives also noted that lack of sleep has some effect on a woman’s mental health as it can either be a risk factor for postpartum depression or even postpartum psychosis in rare cases.

Speaking with our correspondent, a midwife, Ms. Taiwo Olugbade said,

“Nursing mothers are supposed to get at least eight hours of sleep like every other person but we know that the demands of a newborn are huge.

So, in that period, some of them will start having sleepless nights, headaches, and many other things. This is the time when they need the help of in-laws, neighbours, family members, sisters who can assist within a few days of birth so that they can rest.”

She noted that the rigours the new mums underwent both during pregnancy and childbirth are quite enormous, hence the need for adequate rest so that they can fully recover.

Olugbade, who is also the Assistance Head of the Reproductive Unit at the Lagos State Ministry of Health also pointed out that a woman’s inability to rest adequately can also affect her ability to produce breast milk as her body system would be overworked.

“A breastfeeding mother must have adequate sleep per day because during the puerperal period, like two weeks after delivery, there’s a kind of stress to the brain that a woman who is not getting enough sleep may have problem with the release of the hormone that is responsible for pushing the breast milk down.

So adequate sleep is a necessity during breastfeeding because it will help increase the flow of the breast milk. Getting enough sleep also helps with the mental health of the woman because during the puerperal period, – (the time after birth when the physiologic changes related to pregnancy return to the nonpregnant state) the woman may not have enough help.

At some point, some people suffer what we call puerperal psychosis.”

Okafor clarified that getting the required number of hours of sleep per day as a new mum doesn’t have to be getting it at a stretch, noting that once the baby is asleep, no matter how busy the mother is, she should try and catch a nap.

“Few minutes, hours, try to sleep at the same time as the baby is okay. It might not be at a stretch, they need it, no matter how small.”

The experts also stressed that the support of the family is needed to protect the new mom against postpartum health challenges, especially in the first six weeks after the birth of the child.

“Family support is very important. In most cases, if the family is not supportive, and the husband in any way at all is also not supportive, depending on the number of children in the family, you would see that the stress will increase for the new mom while she is trying to care for the other family members and the new one.

Most mothers that suffer from this mental psychosis, if you check, you would find out that it is usually as a result of stress and notice that the woman tends to get easily annoyed.

Family support is very necessary, especially in the first six weeks because, at that point, the body system of the woman would be under a lot of pain, then there are disturbances from the baby, there are house chores to be done. All of these can increase the stress of the new mother.

Some end up having high blood pressure that they didn’t have during pregnancy. Family support is very vital in the life of a new mom.”

According to a new study published recently by Science Daily, a new mother’s sleep loss can also cause accelerated ageing.

The study conducted by scientists at the University of California indicated that too little sleep in the first six months after birth can add three to seven years to a woman’s biological age’.

‘I Have Been Stubborn About Marriage, I Will Just Have A Child’ –BBNaija Star, Lucy Edet Sets The Record Straight On Her Life Choices

As reported by Science Daily, the scientists studied 33 mothers during their pregnancies and the first year of their babies lives, analyzing the women’s DNA from blood samples to determine their “biological age,” which can differ from chronological age.

They found that a year after giving birth, the biological age of mothers who slept less than seven hours a night at the six-month mark was three to seven years older than those who logged seven hours or more.

Mothers who slept less than seven hours also had shorter telomeres in their white blood cells. These small pieces of DNA at the ends of chromosomes act as protective caps, like the plastic tips on the ends of shoelaces. Shortened telomeres have been linked to a higher risk of cancers, cardiovascular and other diseases, and earlier death.

“We know from a large body of research that sleeping less than seven hours a night is detrimental to health and increases the risk of age-related diseases.”

While participants’ nightly sleep ranged from five to nine hours, more than half were getting less than seven hours, both six months and one year after giving birth, the researchers report.

ALSO SEE: This New Mum Wants Others To Learn From Her Story After Passing Clotted Milk From Her Breasts Because Doctors Didn’t Believe Her

“We found that with every hour of additional sleep, the mother’s biological age was younger,” said Carroll, a member of the Cousins Center for Psychoneuroimmunology at UCLA’s Jane and Terry Semel Institute for Neuroscience and Human Behavior.

“I, and many other sleep scientists, consider sleep health to be just as vital to overall health as diet and exercise.”

Carroll urged new mothers to take advantage of opportunities to get a little extra sleep, like taking naps during the day when their baby is asleep, accepting offers of assistance from family and friends, and, when possible, asking their partner to help with the baby during the night or early morning.

“Taking care of your sleep needs will help you and your baby in the long run,” she said.

Co-author of the study, Christine Dunkel Schetter, a distinguished professor of psychology and psychiatry at UCLA, Science Daily reports, said the study results “and other findings on maternal postpartum mental health provide an impetus for better supporting mothers of young infants so that they can get sufficient sleep – possibly through parental leave so that both parents can bear some of the burdens of care, and through programmes for families and fathers.”