Celebrity dads, News Around the World 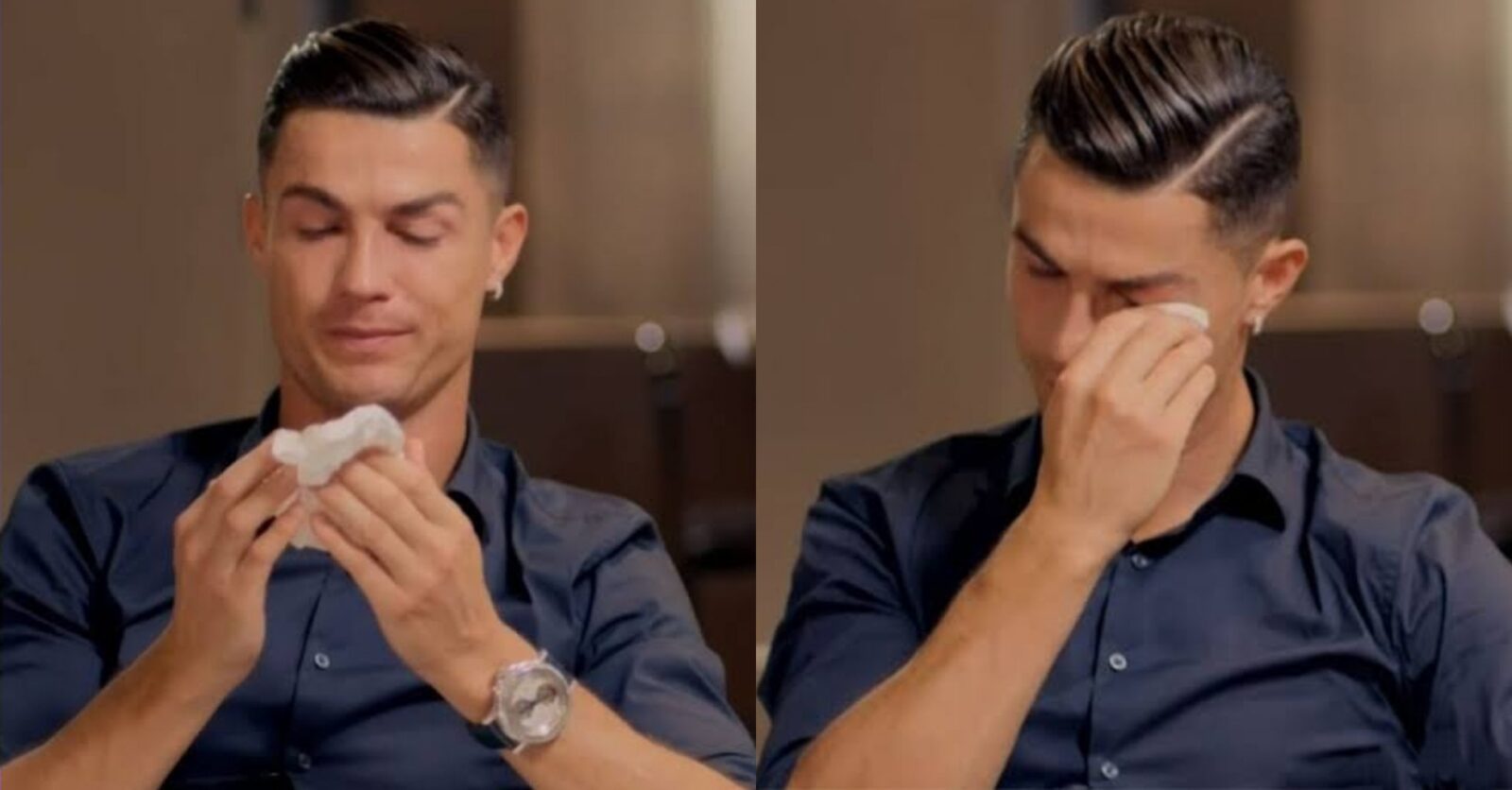 Portuguese football star, Cristiano Ronaldo has described the death of his newborn son as the ‘worst moment’ of his life.

The Portugal captain and his partner, Georgina Rodriguez, 28, tragically revealed that their newborn son, named Angél, had died during birth on April 18, but his twin, a girl named Bella survived.

Ronaldo said in the latest clip shared from his TalkTV interview:

“Probably the worst moment I passed through in my life since my father died. When you have a kid you expect everything will be normal and when you have a problem it’s hard.

Me and Gio (Georgina) had difficult moments. It was very, very difficult to understand what is going on in that period of my life.

The football don’t stop, we had many competitions. It was probably the most difficult moment in my life.” Ronaldo added that he keeps Angél’s ashes close to those of his father’s, who passed away of liver failure in 2005, at a chapel in his home.

SEE ALSO: Football Legend & Dad-Of-4, Cristiano Ronaldo Breaks Down In Tears Recalling How His Alcoholic Dad Never Got To See Him Become A Superstar

Ronaldo went on to reveal how he cried alongside his eldest child, Cristiano Jnr, 12, when breaking the news of Angél’s death to the other children.

He added that he cried with his eldest son as he told him of the death of Ángel in his bedroom. However, his other kids, Eva and Mateo, 5, and Alana Martina, 4, took longer to process the news.

Ronaldo explained that he told them after about a week that Ángel went to Heaven after they asked where the baby was.

After the loss of their baby, Angel is still part of their lives. He explained that the children will say that they have done things for him and point to the sky.

Ronaldo added that he has told the truth to his kids and will not lie to them, something which he described as a ‘difficult process.’

ALSO SEE: Why Cristiano Ronaldo Thinks It Will Be Difficult For His Son, An Aspiring Football Player, To Surpass Him

He also believes that the trauma of losing his newborn son brought him and his girlfriend closer together as a result.

He added that they had hard times but realised they had to be happy too because of their other kids and having Bella.

Ronaldo explained that he never expected to be happy and sad at the same moment, something which he said was hard to explain and said was crazy.

Describing the situation as ‘so difficult’, he continued, saying that he did not know what to do and could not define how he felt in the moment after losing his baby.

But he added that their baby Bella, the other twin, who is now six months old, is a spectacular, beautiful girl and they are very proud of her.

Along with Bella, their youngest child, Rodriguez shares daughter Alana, three, with Ronaldo.

Ronaldo had an extensive sit-down with Morgan as part of an interview that will air in two parts on Wednesday and Thursday.

Earlier in the week, Ronaldo accused Manchester United of doubting his daughter Bella was ill in hospital when he told them it was the reason he arrived back late for pre-season training in the summer.

Ronaldo has also alleged that Red Devils officials ‘didn’t believe something was going wrong’ when he arrived back late for pre-season and put it down to his baby daughter’s illness.