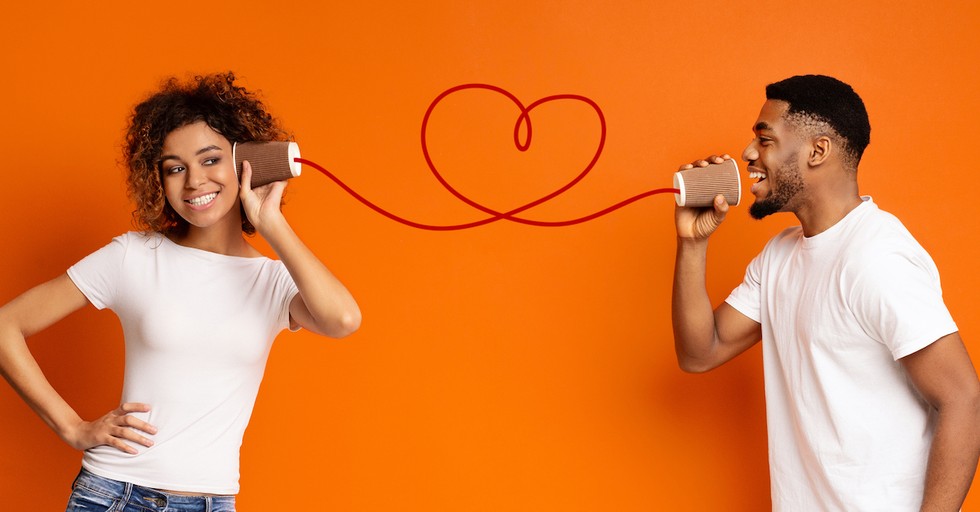 Are You At Risk Of Fertility Problems? If You Are, Find Out How To Address It

Many marriages have crumbled due to poor communication. From actions and inactions in marriages, there is a need for effective communication to build healthy, long-lasting unions.

A language instructor and wife, Aishat Lawal-Olanipekun, stated that for effective communication to be achieved, both partners have to be interested. She said,

“It isn’t just about communication, it is mostly about comprehension. When comprehension is achieved, everything else will be seamless. However, without the interest of both parties, effective communication is almost impossible.”

She stated that cases abound when partners were not honestly knowledgeable about how to communicate their feelings, decisions or actions. Lawal-Olanipekun noted,

“When they seek knowledge, they would learn how to communicate effectively. For example, it is only an interested spouse that would ask the partner ‘How would you prefer we talk about this?’ that was because there’s an interest in learning and this would definitely aid effective communication.

Also, it is important to note the interest and willingness that will help a couple to seek professional help when they are not getting it right.”

She added that communication styles were different including reception styles, urging each couple to identify what works in their own marriage. She noted,

“If this isn’t solved, a partner may think they are communicating but the other person isn’t comprehending. This isn’t wrong to happen, as long as such persons are willing to adjust. It may take time but with patience and effort, anyone would get to that height of effective communication.”

A plumber and father of seven, Lanre Adenekan, told PUNCH that effective communication was important, stating that it could determine the lifespan of a union. He said,

“These days, I noticed that young unions don’t last because they have not mastered the importance of communication. This is beyond sending a WhatsApp message. It is being able to let your partner know how you sincerely feel about something.”

Adenekan explained that he had recently settled a crisis between two young couples he worked for in their home. He said,

“I was the plumber who worked on the plumbing works in the building where they are now tenants, so when they have any plumbing work to do, they contact me.

The husband visited my shop to tell me about what I needed to fix in their kitchen, when he came, I noticed his countenance was not welcoming and it was unusual of him to be like that. I got to their house and the reception of the wife was unusual too which made me know there was an issue.

When I finished, I called her attention to my observation of her attitude likewise her husband when he came to my shop. She explained what happened to me and I realised that she inappropriately communicated a useful issue to her husband who didn’t comprehend it and got angry. They exchanged words and the result was what I saw.”

Adenekan stated that when the husband came to his shop later in the evening, he called him to explain what he did and how he got to understand the importance of the issue his wife explained to him then. He added,

“His face changed and one could see that he was relieved. He said he didn’t know and the thing about the entire issue was caused by what would be taken for dinner. I advised him appropriately and the matter was resolved.

“When our younger generation realises that people are different, how they will handle issues will be different. They will start learning to know who their partner is and how best they can communicate to them. This will help them a lot and I’m certain they will get much better at communicating. It is an integral part of a home that must not be lost.’’

Adenekan finally added that some couples need to listen attentively most times when their partners discuss with them so that they do not miss out on important details.

In her contribution, an entrepreneur and wife, Rodiat Sanni-Ibrahim, noted that to achieve effective communication in marriage, it’s important that partners explain the tiniest details. She stated,

“Both parties should know that they were brought up differently and the way they will react to issues or relate with people will be different.

Partners should have the mindset that they both want to make it work and both parties must be ready to learn. Once the mind is set on the fact that no matter what happens, they will always communicate with one another, growth will come in and they will see themselves explaining every detail to their spouses.”

She explained that partners should also not make assumptions, but rather ask questions if they were not clear about what was communicated. Sanni-Ibrahim noted,

“You should ask why your partner acted that way he or she does and the other partner should explain himself  or herself and then sort things out.  Partners should not assume in any way. If your partner acts in a way you don’t like, call their attention to it and communicate in a calm manner, There should be nothing like ‘I’ll retaliate.’ You are building a household and not a war zone.

“Lastly, to achieve effective communication, you should also understand that whatever you are going through, your partner should know and don’t leave them to guess at any time. We are humans and we get tired when we are over-pushed.”

Commenting on the issue, a relationship counsellor, Bimbo Douglas, explained that communication makes or breaks marital institutions, advising couples to take cognisance of it to strengthen their marriages. She noted,

“This is an important issue we are not really talking about anymore. Over the years and with many cases brought to me, I have come to know that many marital crises could have been avoided if the partners involved communicated effectively.

Yoruba Actor, Ijebu Shares On Why Many Young Men Are Scared Of Marriage

Couples should realise that the communication level they maintained during courtship becomes different immediately after marriage. Everything should be talked about, everything without shying away from it due to differences in thoughts or opinions.”

Douglas explained that despite the importance of communication, there were some persons who lacked how to communicate effectively, urging individuals to find ways to help their partners to become better. She stated,

“One of the keys to helping a partner who does not know how to communicate is to spend quality time with them. When partners spend time together, over time, they would get to know themselves and how to relate with one another on certain issues and thus, help their communication level become better by the day.

“Partners should also learn how to express both their negative and positive feelings. The anyhowness in communication often leads to tragic results because it was too blunt or rather said at the wrong time. The timing, constructive expression and calmness will help a lot when partners want to achieve effective communication.”

ALSO SEE: Author And Mum-Of-4, Chioma Momah Shares Lessons She Learned From Her 20 Years Of Marriage

She further added that partners should also learn how not to be defensive at all times when something negative was communicated, noting that they should listen with an open mind and be willing to correct their wrongdoings.

Also, another marriage counsellor, Kehinde Atoba, said that it was important for partners to tell each other what they want and what they don’t. He said,

“I have noticed that some people out of respect and love, not fear, decide not to caution their partners from doing what they do not like and over time, with the different relationship issues I have handled, I realised that this destroys marriages.

“You have to be able to communicate your likes and dislikes to your partner and they need to reason with you. The inability to express this feeling is part of the communication gap. Rather than creating a greener relationship, it’ll get darker.’’

Atoba explained that it was also important that partners learn to respond to one another’s expressions quickly without waiting for a period of time before responding or taking necessary actions. He noted,

“When people communicate, they want a result and when they get actions or results of what was communicated, they have a feeling that they were heard and they will continue to positively communicate and they’ll be encouraged.

However, when this is delayed, they’ll be discouraged and start questioning if they were right or wrong and a much further gap in communication will be created.”

He encouraged couples to be open-minded and loving to one another, stating that such would aid their journey to reach the peak of communication in their marriages.