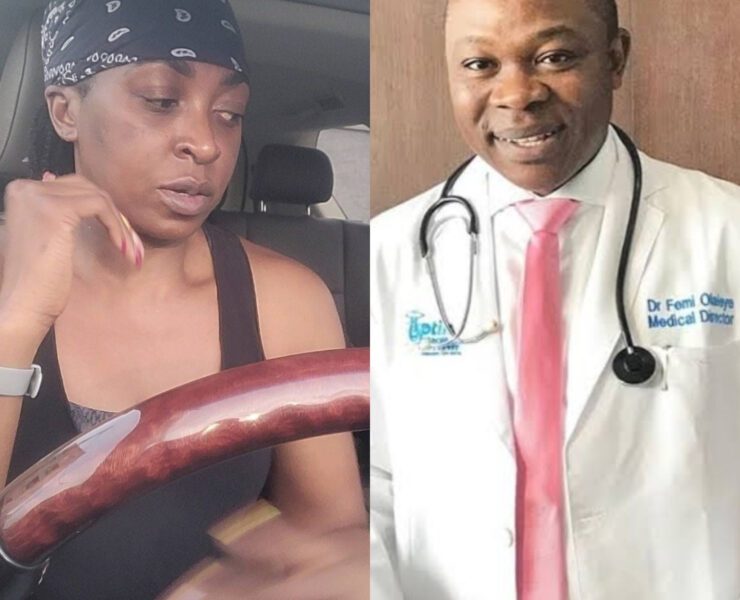 In September, actress, Kate Henshaw had raised the alarm online, exposing the prominent medical expert for molesting his wife’s 15-year-old niece for over two years.

The fitness enthusiast and mum alleged that Dr. Femi, founder of Optimal Healthcare Company, admitted the incident to her but didn’t let her know the girl was a minor, until she spoke to the doctor’s wife (Read Here).

“I have always advocated ZERO TOLERANCE on gender-based violence and child abuse. My stance will never change as long as I live…@drfemi I have supported your work for many years…I have been to your home and celebrated your birthday with you and your family…Calling me a liar after admitting to my face what you did smacks of disrespect to my person…You molested a minor… This may not even be your first time…I am calling on all others whom you have assaulted to come forward and make sure that you pay for the crimes you have committed.”

Also, the Lagos State Government had unsuccessfully tried to arraign Dr Olaleye on Monday at the Ikeja Special Offences Court. However, his lawyer said he was out of town and would be available on the next adjourned date.

He is facing a two-count charge of alleged defilement and sexual assault by penetration of his wife’s niece.

Olaleye has now reacted by saying the allegations against him are false and malicious and looked like a set-up.

In a statement, the medical practitioner said,

“My name and organization are in the news and on social media for all the wrong reasons. I think I may have underestimated the situation and thought it was a domestic issue which my wife and those encouraging her to destroy our home have weaponized.”

Nollywood Actor And Dad, Kalu Ikeagwu Drags Wife To Court, Opens A Can Of Worm On Her | Details

He added that his person, work, corporate and individual partnerships and friendships are threatened by the “baseless and false allegations.”

Olaleye noted that the situation has been on since November 2021 and that he has been fighting to save his marriage which has seen numerous crisis over the past 11 years. He added:

“I have now decided to fight against the false and malicious allegations and of course what now looks like set-up/blackmail.”

The medical doctor added that he would let the public know the outcome of investigation by the authorities.