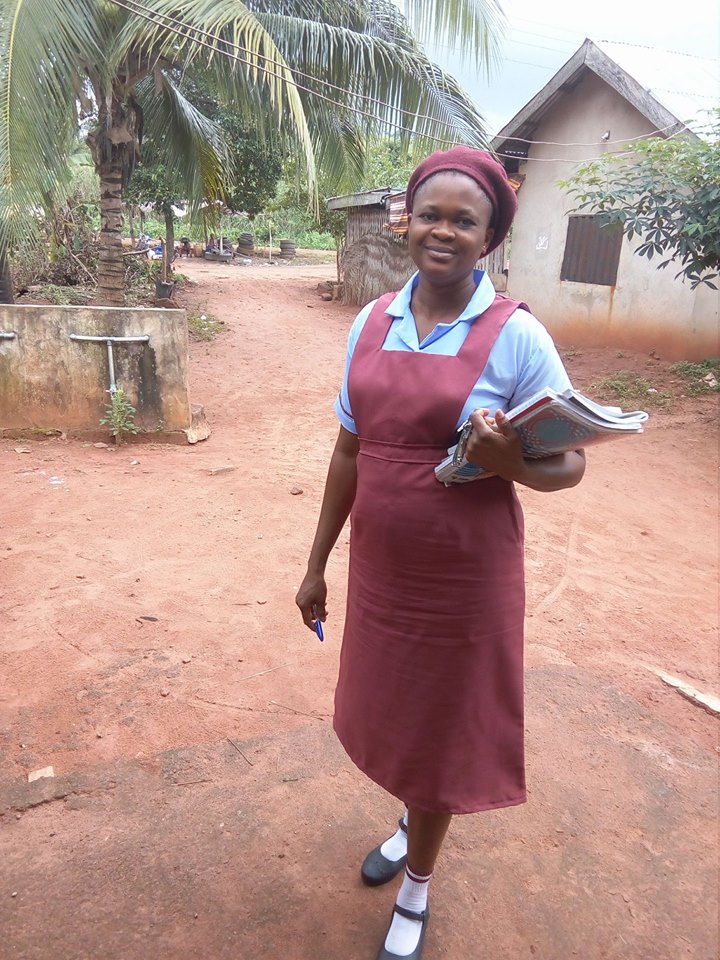 Nigerian soldier, Ugwoke Oloto Odobo got the internet buzzing some days back after he posted a photo of his wife, Precious Chioma Ugwoke who returned to school after childbearing.

“We took an epochal decision for her to return to school after closing the chapter on child bearing.
This is my wife, Precious Chioma Ugwoke returning from her school, St. Andrew’s Secondary School, Ibagwa-Ani. She’s in JSS3.”  #youcanlaughallyouwant

READ ALSO: Dear MIMsters: I Really Want to Further My Education but I&#8217;m Afraid of Losing Him

And contrary to Ugwoke’s expectation, his post was not laughed at, rather, it was applauded by many people, who trailed the same with beautiful, encouraging and supportive comments. His post has so far garnered 212 comments and 482 shares, excluding blogs.

Below are some of the comments: 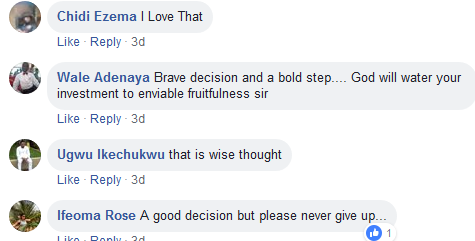 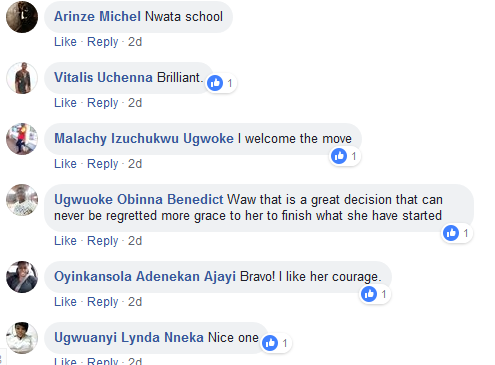 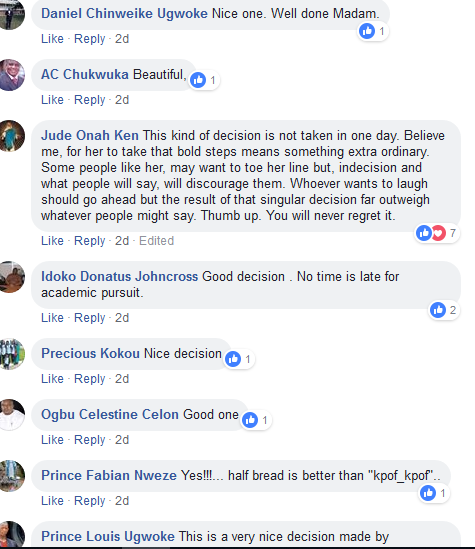 READ ALSO:Olusegun Obasanjo on Why Women Should Fight For Their Economic and Political Relevance Instead of Being Pushed to the Other Room

Going through some of Chioma’s personal past posts on Facebook, her kind of woman can be easily deduced. She wrote: “Life becomes worth living when you worry less and stay happy always!” 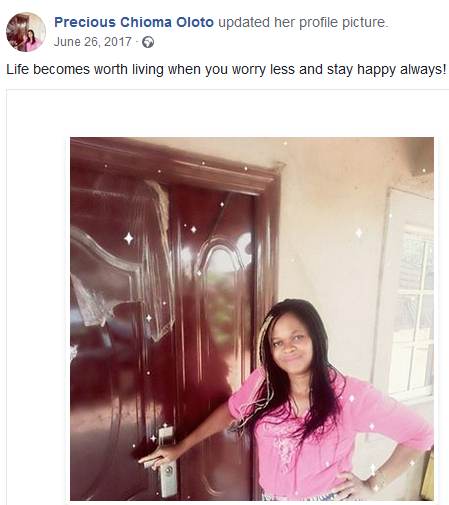