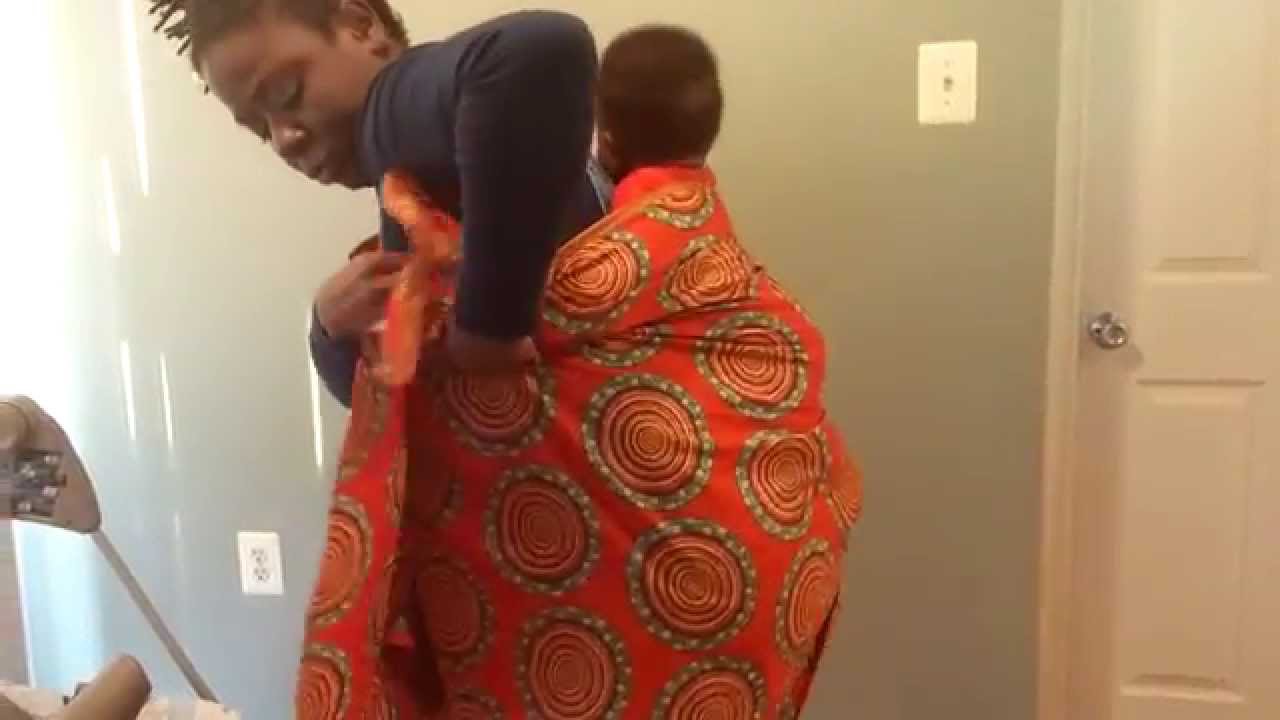 It is a common practice to see African mothers strap their babies on their backs with cloth wrapper. However, child health expert says this practice is not safe for all babies.

A Consultant Paediatrician, Nephrology Division, Federal Medical Centre, Katsina, Katsina State, Dr. Abdurrazzaq Alege, says it is not good to put preterm or premature babies on the back because their airways are not fully matured.

This, he also notes, could affect their breathing and may result in sudden death.

According to him, premature babies often stop breathing from time to time and the mother may not easily observe this if the baby is behind her.

Dr. Alege who stated this during an interview with PUNCH HealthWise, advised mothers to avoid practices that could be detrimental to the health and survival of their babies. The paediatrician said,

“In Africa and Nigeria especially, a common practice is to strap the baby on the back and tie with a wrapper.

“While this is a very good practice and helps the baby to sleep better too, it is important to note that the practice is not safe for all babies.

“It is not good to put the preterm or premature babies on the back because their airways are not fully matured and they often stop breathing from time to time and the mother may not easily observe this if the baby is behind her.

“The best position for the preterm is to put on the chest (skin-to-skin) while the mother ties a wrapper around both of them.

SEE ALSO: Experts Point Out A Number Of Health Issues That Come With Putting Babies On Their Stomachs To Sleep | MUST READ

“This is called the Kangaroo Mother Care (KMC). In this position, the heartbeat and respiration become stabilised while the mother’s temperature adjusts to control the baby’s temperature and the child also sleeps better.”

The specialist also said the common belief that children placed on their back to sleep will have stomach upset or regurgitate and aspirate foods or choke is untrue. He added:

“This is a false belief or myth. In fact, studies have shown that some of the infants who died from tummy sleeping have their lungs filled with gastric fluid or vomitus showing that they aspirated.

“Stomach upset has also not been reported to stop with tummy sleeping.

“Sleeping on the back rather have more health benefits such as reduced risks for ear infections, stuffy nose, and fever.

“Also worthy of mention is that stomach sleepers tend to have reduced blood pressure and poor heart rate control.”

The paediatrician further cautioned mothers to desist from sharing a bed with their newborns.

He said that deaths have also been associated with babies sharing the same bed with their mothers rather than being allowed to sleep alone in their cots.

“As lovely as sharing the same bed is, the baby can easily get trapped under the mother when both are deep asleep or may even fall off the bed unnoticed,”